After the generated blowback about Trump administration’s plan to curb H-1B visa extensions that could result in self-deportation of Indians in US, the US Chamber of Commerce warned it would be “tremendously bad policy” to tell highly skilled people they cannot stay any longer in the United States. 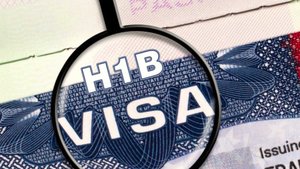 By Monday, United States Citizenship and Immigration Services (USCIS) Chief of Media Relations Jonathan Withington had clarified that though the agency is reviewing other employment-based visa programs under the “Buy American, Hire American” executive order, the H1-B extension policy was not on the chopping block.

In a statement, USCIS, a part of the Department of Homeland Security clarified, “We are not at liberty to discuss any part of the pre-decisional processes; however, all proposed rules published in the federal register and USCIS posts all policy memoranda on our website…“What we can say, however, is that USCIS is not considering a regulatory change that would force H-1B visa holders to leave the United States by changing our interpretation of section 104(c) of AC-21, which provides for H-1B extensions beyond the 6-year limit. Even if it were, such a change would not likely result in these H-1B visa holders having to leave the United States because employers could request extensions in one-year increments under section 106(a)-(b) of AC-21 instead.”

This issue that Trump administration was considering potential policy changes to H-1B visa extensions that would trigger ‘self-deportation’ of hundreds of thousands Indian tech workers generated a swift and intense blowback from some lawmakers and the IT industry.

New Year eve’s scared that the Tulsi Gabbard, Democrat from Hawaii and Kevin Yoder, Kansas Republican, along with members of the Congressional Caucus on India and Indian-Americans sent a letter to US President Donald Trump using him “not to deport H-1B holders awaiting permanent residency processin… We strongly believe this action would be harmful to the American economy, credibility, and relations with India and the Indian-American community.”

Sanjay Puri of the the US India Political Action Committee (USINPAC), lauded the decision to drop the proposed policy shift, “The present immigration system needs comprehensive reform. H-1B visa holders waiting on green cards, having invested so much in this country should be key stakeholders to this reform. They have played by the rules and deserve consideration."