PM Modi reiterated the priority that he attaches to relations with the US and "outlined his vision for the strategic Partnership in the new tenure of the Government and beyond, building on strong foundation of trust and shared interest," said a government release.

The PM also "expressed his strong commitment to achieve the full potential of bilateral relations in trade and economy, energy, defence, counter-terrorism and people-to-people contacts." 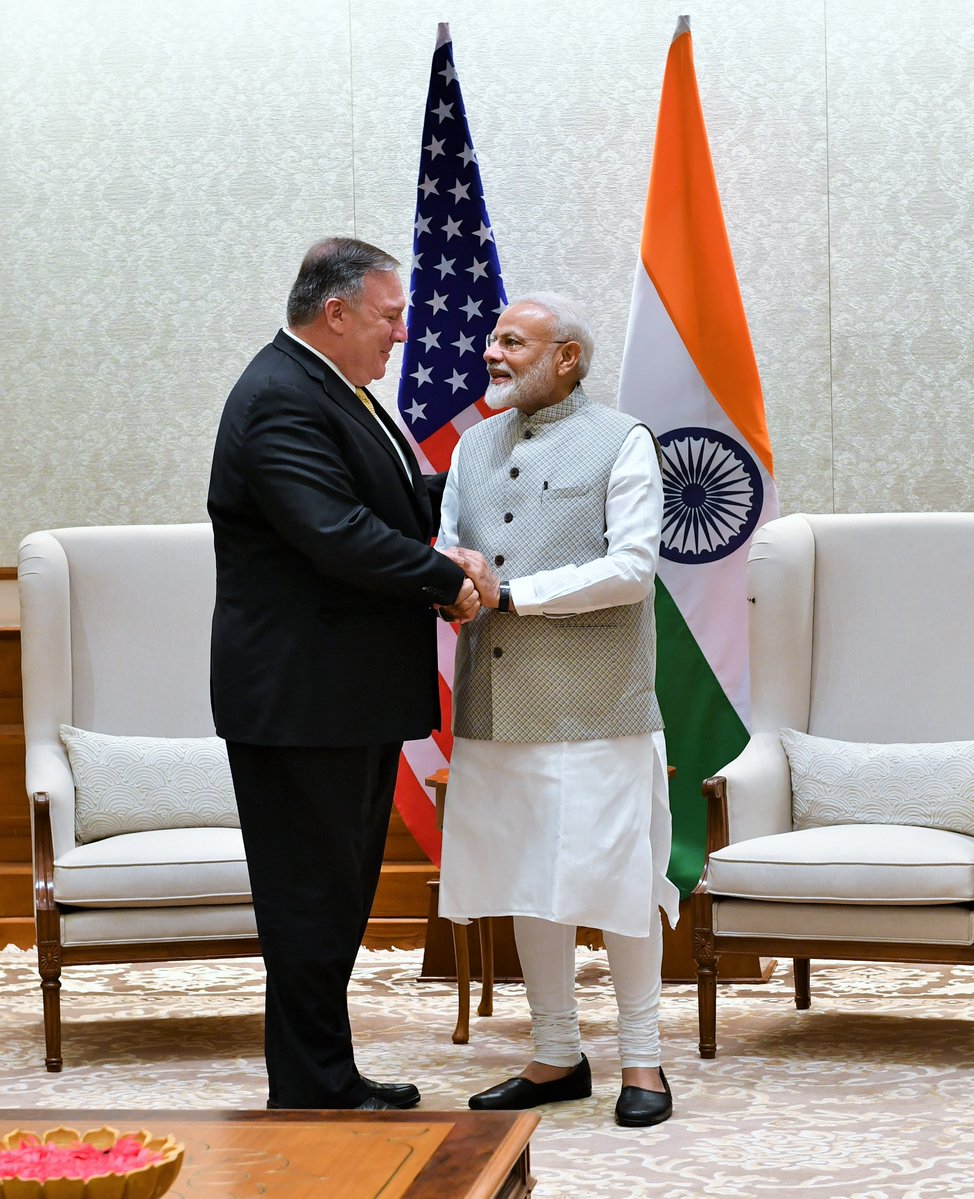 Working together to further deepen our strategic partnership@SecPompeo called on PM @narendramodi to exchange views on various aspects of Indo-US relationship. PM will meet President @realDonaldTrump on the sidelines of the upcoming #G20OsakaSummit pic.twitter.com/Jjjp9gTKbd

Pompeo, who arrived last night, also met External Affairs Minister S Jaishankar. Their discussions touched on several sensitive topics including India's continued reliance on oil imports from Iran. Jaishankar insisted that India's interests were in ensuring price stability, affordability and predictability in its energy procurement. Pompeo replied that there was a shared understanding between India and US about the threat of global terrorism - and that the US considered Iran as the world's largest state sponsor of terror - and a common purpose to keep energy at the right prices.

Continuing the emphasis on high-level Indo-US exchanges, EAM @DrSJaishankar warm-heartedly welcomed @SecPompeo as the first US dignitary visiting India after elections. @SecPompeo is the first Foreign Minister to be hosted by EAM. pic.twitter.com/8jk7Pf3LzY

Other topics that were discussed were India's missile defence system deal with Russia, terrorism, H-1B visas and other trade-related issues. In recent weeks ahead of Pompeo's visit, all these topics have been grabbing the headlines around the world amid talk of sanctions and trade tariffs.

Jaishankar said everyone should not be carried away by the noise. One must instead look at the strength of the relationship between the two countries and their ability to address such issues.

​Pompeo's talks are the first high-level interaction between the two countries after return of the Modi government to power last month.

Pompeo's visit comes ahead of a meeting between US President Donald Trump and Modi on the sidelines of the G20 Summit in Osaka, Japan later this week.