UK Prime Minister Boris Johnson yesterday called off a planned visit to India this week because of the COVID-19 situation, the second time this year he has deferred a trip to the country due to the pandemic. 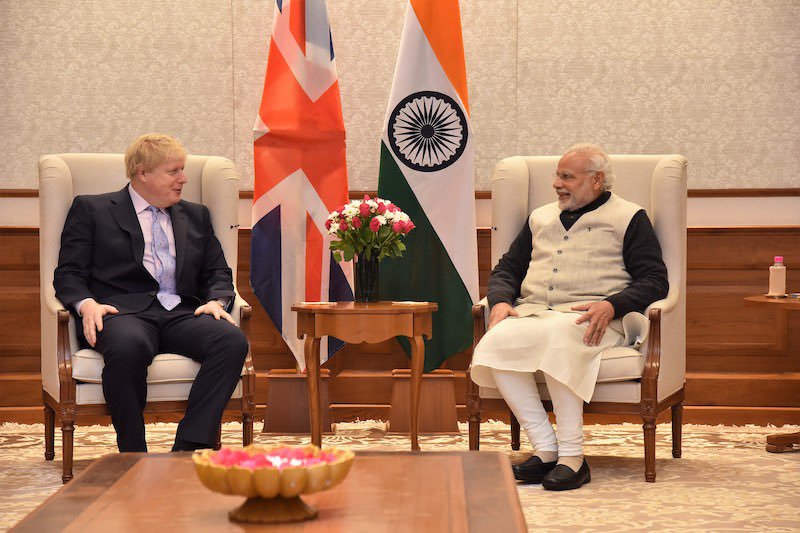 Asked about his cancelled India visit, the prime minister said it was "frustrating" but "Narendra Modi and I have basically come to the conclusion that, very sadly, I won't be able to go ahead with the trip. I do think it's only sensible to postpone, given what's happened in India, the shape of the pandemic there."

The UK government had decided last week to reduce the length of Johnson’s visit following discussions with the Indian side. The Indian mission in London had announced the visit was to begin on April 25.

"In view of the prevailing Covid situation, it has been decided by mutual agreement that the Prime Minister of the United Kingdom will not visit India next week. The two sides will be holding a virtual meeting in the coming days to launch plans for a transformed India-UK relationship. Both leaders attach the highest importance to taking the India-UK partnership to its fullest potential and propose to remain in close touch in this regard and look forward to an in-person meeting later in the year," said Arindam Bagchi, the official MEA Spokesperson in a response to media queries on Johnson's visit.

The visit, previously postponed from a Republic Day tour in January, was supposed to be the first major bilateral visit by the British Prime Minister outside Europe since the UK general election in December 2019 and the conclusion of the Brexit transition period at the end of December 2020.

It was aimed at strengthening trade ties, investment and cooperation in various areas, including defence, security, health and climate change.

Hours after the announcement regarding the cancellation of the visit, UK secretary of state for health Matt Hancock told Parliament the government had included India in the “red list” of countries facing travel restrictions.