Two Indian-American authors have been shortlisted for the £30,000 Wellcome Book Prize 2017, which celebrates fiction and non-fiction works engaged with the topics of health and medicine.

Siddhartha Mukherjee is on the list of the annual prize for his study of genetics and mental health in his book 'The Gene'. He is joined by fellow Indian-American author Paul Kalanithi, who could become the first posthumous winner of the prize for his reflective work on facing mortality, 'When Breath Becomes Air'.

‘When Breath Becomes Air’ is the memoir of Kalanithi, who discovered he had inoperable lung cancer, and his transformation from a medical student into a neurosurgeon and finally into a patient and a new father as he struggles with the ramifications of his illness. Kalanithi died while working on the book, which is the first-ever posthumous entry for the prize. 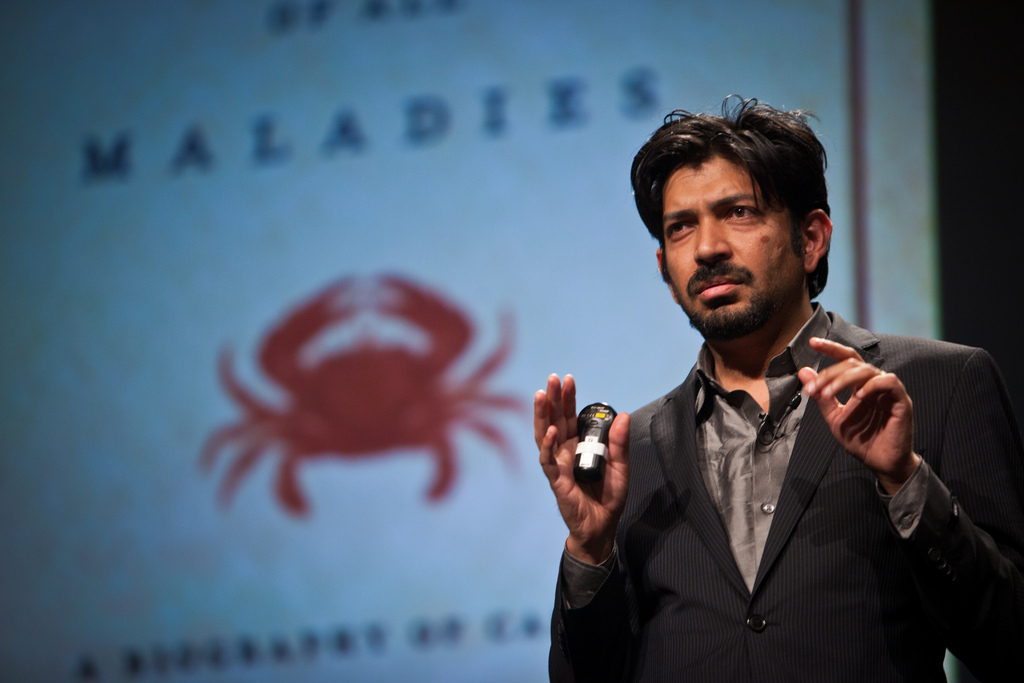 Siddhartha Mukherjee promoting his Pulitzer-winning book 'The Emperor of All Maladies: A Biography of Cancer'. Photo courtesy: Poptech

Mukherjee’s ‘The Gene’ is a cross between the development of the concept of genetics and the story of Mukherjee’s own family and its recurring pattern of mental illness. Mukherjee, an assistant professor of medicine at Columbia University, has won a Pulitzer for his 2011 book: ‘The Emperor of All Maladies: A Biography of Cancer’, which was also nominated for this prize in 2011.

The Wellcome Book Prize is an annual award, open to new works of fiction or non-fiction. To be eligible for entry, a book should have a central theme that engages with some aspect of medicine, health or illness.

There are two fiction contenders on the 2017 shortlist – ‘The Tidal Zone’ by Sarah Moss and ‘Mend the Living’ by Maylis de Kerangal.

Kirty Topiwala, Publisher at Wellcome Collection and Wellcome Book Prize Manager, said, “With so many new books now being published in this area, the quality of this selection is necessarily high, and we are immensely proud of this year’s superb shortlist. Each of these books offers the reader something different, but they all capture the acute pleasures and pains of being human.”

Writer Val McDermid commented on behalf of the judging panel, “Together they form a mosaic that illuminates our relationship with health and medicine. It spans our origins, our deaths and much that lies between, from activism to acts of human kindness.”

We are delighted to announce the #WBP2017 shortlist. Congratulations all! https://t.co/70eNTDGxMv pic.twitter.com/wj2kqgIOZ1

The winner will be announced on April 24 at Wellcome Collection, London.