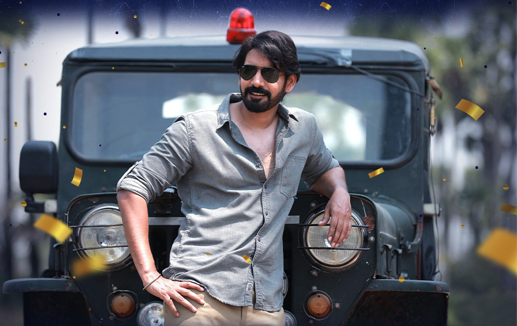 On the actor’s birthday, Zee5 dropped a ‘First Look’ poster of Sushant on social media, showing the actor in front of a police jeep. From the poster, we gather that the actor will be essaying the role of a cop in the platform’s original title. Sushanth is currently doing a web series with the platform, which is produced by Praveen Kolla of Kolla Entertainments and directed by Lakshmi Sowjanya.

Sushant Akkineni movies such as 'Current', 'Adda', 'Dongata', 'Aatadukundam Raa' and 'Chi La Sow', which caters to the different sensibilities of audiences has delivered blockbuster successes. Adding more feathers to his decorated hat, the actor also played memorable roles in films like 'Ala Vaikunthapurramuloo' and 'Ichata Vaahanamulu Nilupa Raadu', which were released during the pandemic.