Tagore Almeida: A filmmaker promoting love and peace, one film at a time

Writer, director, producer, IT professional, Tagore Almeida wears many hats in his life but his pursuit is of just one goal - to promote peace, love and tolerance in the world. And he’s doing it the best way he knows how, through his love for the art of filmmaking. 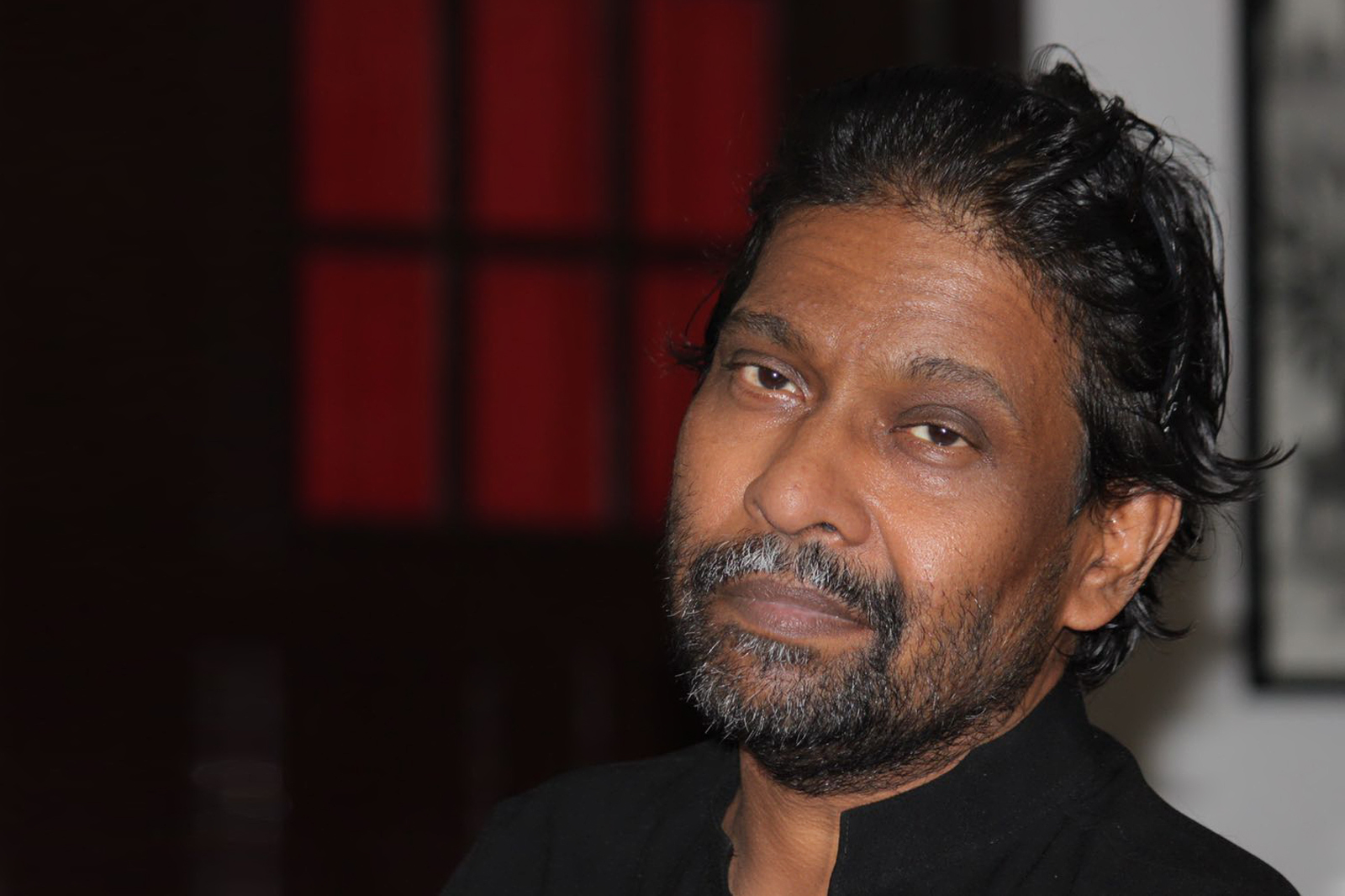 Tagore Almeida is a writer, director and producer whose production Uss Din is set to release on October 5. Photo courtesy: Tagore Almeida

Born in Goa, studied in London, lived in Dubai for the best part of two decades and now settled in Singapore - Tagore has travelled the world and, in his words, “the hunger for films follows me all over”.

Tagore left the shores of Goa at the age of 15 to study in London.

“I was there to pursue a degree in Computer Studies, but while I did that I studied filmmaking on the side at the London Film Makers co-op on weekends,” he told Connected to India. “My first wish was to do a course in film making but being from a typical desi family that didn’t go down well at all. So computers was my other choice. Really glad I did that because today my career is in technology and I love what I do.”

Tagore had a successful career and was the IT lead for Disney in Dubai. But something was missing.

“Mid-way through my career, in fact when I was the country IT lead for Disney in Dubai, I quit my job to take a sabbatical year off and write my first feature film which was based on the life of a violinist,” he reminisced.

However, as is the story of many aspiring filmmakers, things did not go to plan. The film was changed beyond recognition once it was sold, much to Tagore’s dismay and other projects that he worked on in Mumbai failed to give him the creative satisfaction he craved.

“After that, I wasn’t interested in writing what was being offered and nobody wanted to touch the original material I was writing or I was giving it to the wrong people who lacked a spine to make non-formula films,” he said. “So I wrote a few scripts and then got a chance to make a short film in Dubai where I was back at working within IT.”

Tagore grew up on the peaceful and serene beaches of Goa.

“Goa might be an party zone to many. To me it’s my connect with nature, the oceans, the rice fields and streams. I have heard the whispers of the waves hit the shores, I have waltzed with the palm trees, cried with the streams and been tickled by the straws of the paddy fields,” he told Connected to India.

“I had the absolute pleasure to grow up at the right time in Goa when full moon parties were in and playing football in the fields with makeshift goalposts were the order of the day. Add to that the music of Remo Fernandes recorded on his four-track before the digital era is legendary,” he added.

His subsequent journey to London, where he spent 9 years of his life, provided him a plethora of unique experiences, including forming a group which was aimed at promoting peace, love and tolerance in the world.

“In London, I got exposed to the rest of the world, and with that came a harsh reality that many parts of the world were killing each other in the name of religions, colours and races. To a boy raised on a Goan beach, I just wished that the world would be as peaceful as those shores,” says a write-up on Tagore’s website. “So that’s how the group, aptly called The Uncultured Company was born, and its caption reads One World, One Faith, One Race. One Colour, Just A Different Face.”

Life as a filmmaker

After initial setbacks in his filmmaking career, Tagore returned to his IT job in Dubai but continued his pursuit of filmmaking on the side. However, the journey was yet again not easy.

“I wrote a script and the director backed out 2 days before the shoot, opting to star in it. I was forced to become the director,” recalled Tagore. “I did another 2 short films after that as a writer-director. Then life took a turn and I started working with full-fledged Bollywood crews in 2008, when I got involved with Uss Din. That changed everything.”

Uss Din did not release at that time, but it led Tagore to direct his first short film in Mumbai called A God of Sinners, which went to various film festivals in Cannes, Los Angeles and Vancouver among others.

Uss Din was made over a decade ago in 2008-09 and stars a much younger and back then, unknown Rajkummar Rao.

“Rajkummar was new to Bollywood. He was looking for work and he somehow got the attention of Viki (director Vikram Gupta), who was instantly impressed with him,” Tagore said. “I had given Viki full creative power and when he said Rajkummar or for that matter any other cast and crew members, I just played along. After all isn’t that the right thing to do as a producer?” 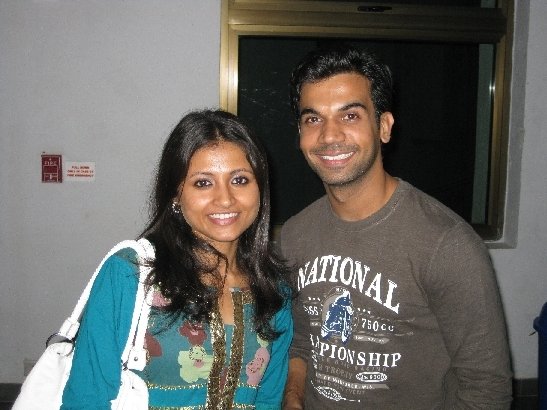 Rajkummar Rao was cast in Uss Din before he made his Bollywood debut. Photo courtesy: Tagore Almeida

The movie was originally made by writer-director Vikram Gupta on a smaller scale as part of a local film festival, where it won first place. Gupta then began looking for someone to help him take the movie to greater heights and explore its full potential.

“He managed to get a whole lot of co-producers on board right from Whistling Woods, Filmaxa, Pixion, Fuji India etc. and needed a producer to come in with liquid cash,” Tagore told Connected to India. “A common acquaintance gave him my number and told him that it was a long shot as I wasn’t a producer but the subject would touch me.” 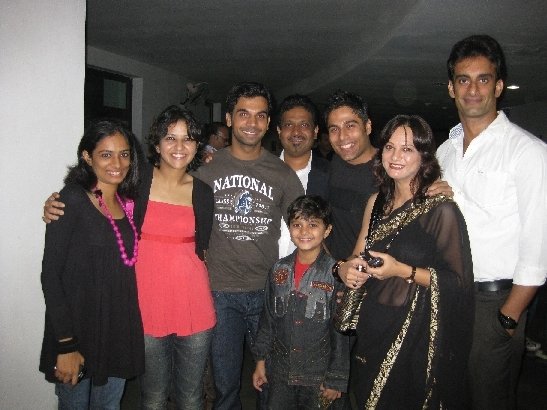 “I decided that I would call him the next day regardless of seeing the short film or not and politely declining, I got the film in my inbox, I watched it during lunch,” said Tagore. “I think after my first bite I could eat no more. It was so gripping, so moving that I called Viki right away and told him I would sell my house if I had to but we had to make the film. Uss Din was born.”

Uss Din is the story of two young boys, who are caught in the middle of a brutal conflict that plagues their families. The official selection for the United Nation’s Artivist Film Festival, the movie tells the story of two kids, Kabir and Ram, who are stopped from meeting each other when their families turn hostile. Hoping against hope, the two keep trying to get back to their games, unaware that the elders are turning their playground into a battleground.

The movie however failed to release after being made. 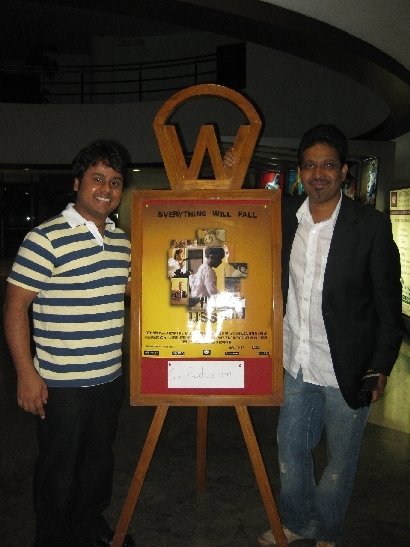 “We were not that keen on the festival circuit as much as we were to make it part of Aman Ki Asha - the joint project between India and Pakistan to have a dialogue on peace between us. However, Viki and I felt a lot of unspoken political excuses why neither side wanted to touch the film,” said Tagore.

After a 10 year delay, the film is now finally going to see the light of day  courtesy Royal Stag Barrel Select Large Short Films, a major platform for short films in India. Tagore is of the firm belief that this will ensure that the film reaches a much wider audience.

The spotlight is also on Rajkummar Rao, who may have been a newcomer when he was cast in Uss Din, but is now a critically acclaimed National Award winner. Tagore has fond memories of the young Rao.

“Among the entire cast, he was the quietest. He focused so damn hard on his art. He almost changed like a chameleon in between shots, switching between himself as a person that he is and the character he was playing,” said Tagore. “I am so glad for what he has achieved, truly deserving.”

Tagore has many plans for his future, which include a short film with actor Neil Nitin Mukesh, currently on hold due to the COVID-19 pandemic. He also has 4-5 stories written as either synopsis, treatment docs, story lines or pitch decks as well as two full fledged feature scripts.

For now however, he is enthusiastically looking forward to the much delayed and much awaited Uss Din, scheduled to release on October 5.