Armed with deadly Harpoon missiles, torpedoes, sensors and radars, the Boeing-manufactured Poseidon P8I is an Indian variant US Navy's P8A and has completed six years of operations since its induction on May 15, 2013 in Naval Air Squadron nicknamed 'Albatross'. 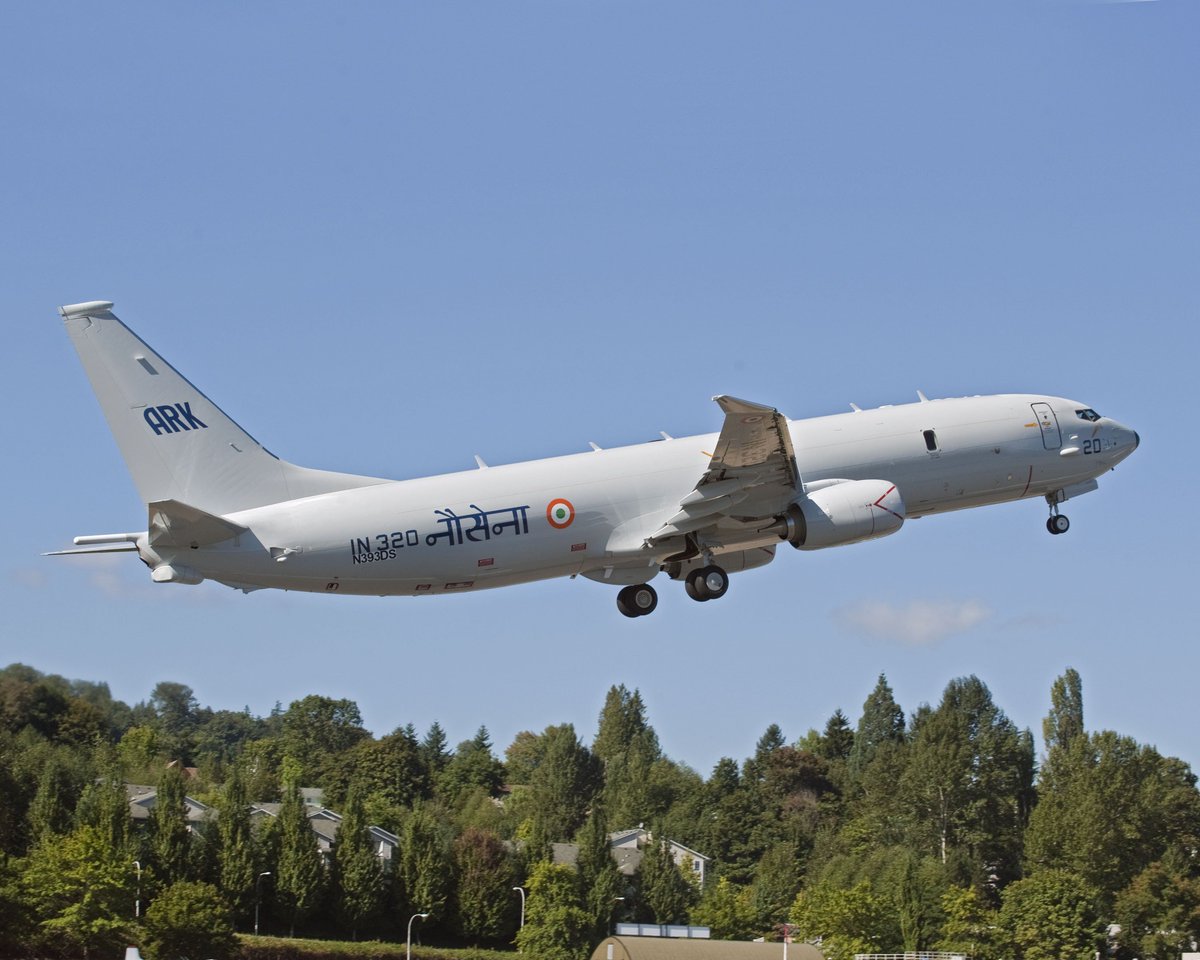 Indian Navy's long-range maritime patrol and anti-submarine aircraft Poseidon P8I taking off from an unspecified naval base. India was the first buyer of this state-of-the-art destroyer eye in the sky. Delivery of P8I customised for India within tight deadline laid by New Delhi was no small feat for the Boeing Poseidon program team. Photo courtesy: Manu Gomez, Twitter

The sea phase of SIMBEX 2019 is scheduled to be conducted in the South China Sea from May 19 to May 22. It includes various maritime combat exercises such as firing on aerial and surface targets, advanced aerial tracking, coordinated targeting exercises and tactical exercises on surface and air scenarios.

HE @JawedAshraf5 High Commissioner of India to Singapore interacts with the aircrew of P 8i participating in #SIMBEX-19. The LRMRASW ac is operating ex-Singapore for the Sea Phase of #SIMBEX pic.twitter.com/xPR2OXtbAd

The harbour phase of SIMBEX 2019 has been conducted from May 16 to May 18. It included various planning conferences, simulator-based warfare training, war games, courtesy calls to dignitaries of Republic of Singapore Navy (RSN), sporting events and deck reception onboard INS Kolkata.

With this, SIMBEX 2019 also concludes the two month long deployment of INS Kolkata and INS Shakti to South China Sea and East China Seas which is "aimed at extending the bridges of friendship through enhanced cultural, economic and maritime interactions" with countries of East and South East Asia.

"Since its inception in 1993, SIMBEX has grown in tactical and operational complexity. the annual bilateral exercise saw its progression from traditional anti-submarine exercises to more complex maritime exercises such as advanced air defence operations, anti-air and anti-surface practice firings, tactical exercises," the Ministry said.

"Over the years SIMBEX has stood the test of time in demonstrating the nation’s commitment to enhance maritime cooperation between the two navies and bolster bonds of friendship between the two countries. For SIMBEX 2019, the Indian Navy has deployed its finest assets for with an aim to strengthen mutual trust, enhance interoperability, and build greater synergy to address common maritime concerns among both navies," the Ministry added. 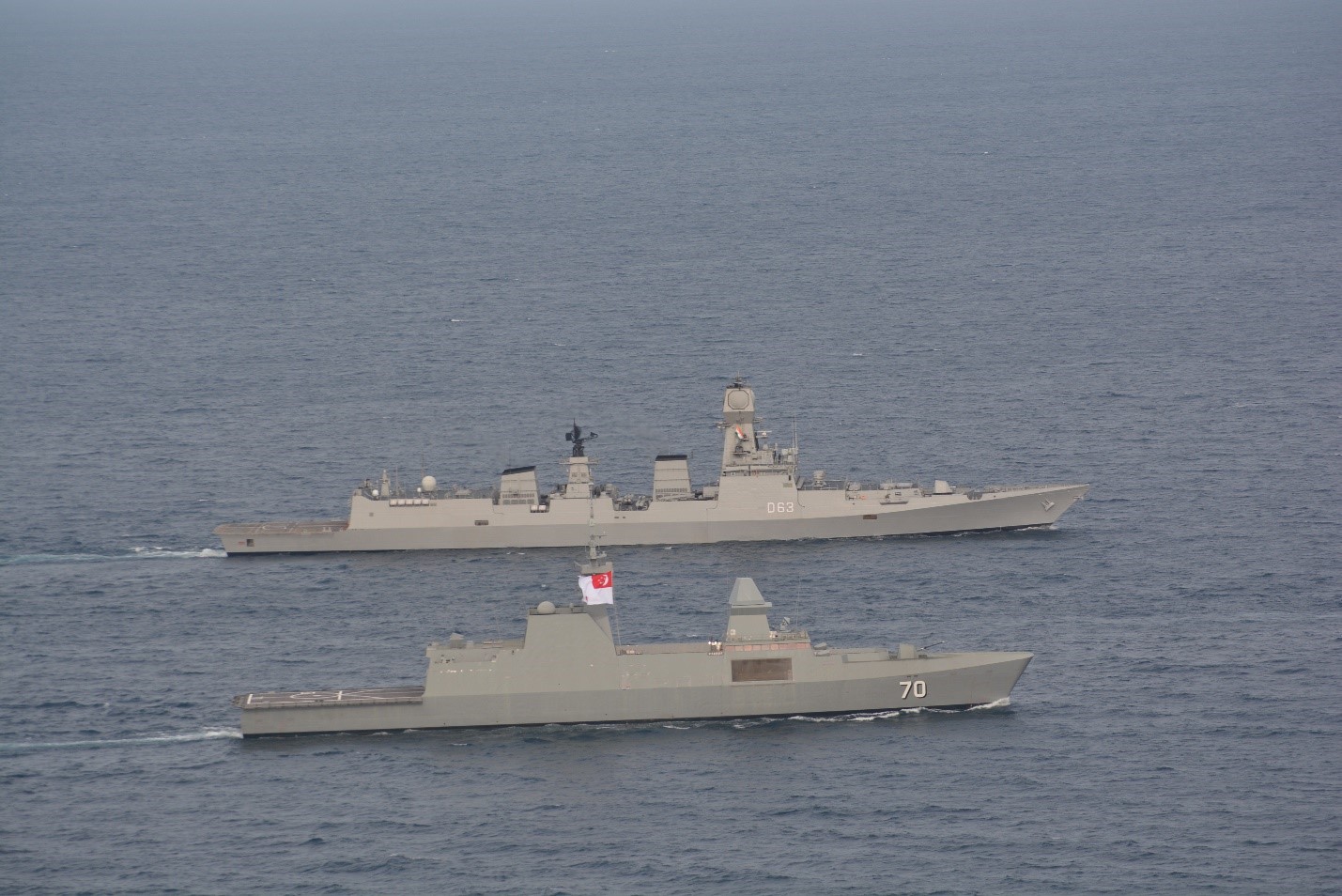 Last year, the silver jubilee commemoration ceremony of bilateral drill was held at Andaman and Nicobar Islands, Andaman Sea, Visakhapatnam, and Bay of Bengal as SIMBEX 2018. That was the largest edition since 1994 in terms of scale and complexity. The initial harbour phase was held at Port Blair, the capital of Andaman and Nicobar Islands from 10 to 12 November followed by Sea Phase from November 12 to 16 in the Andaman Sea.  The second harbour phase from 16 to 19 November was held at Visakhapatnam.

The final sea phase was held in the Bay of Bengal from November 19 to 21.  High level delegations from respective Defence Ministries watched the exercises that included advanced weapon firings. 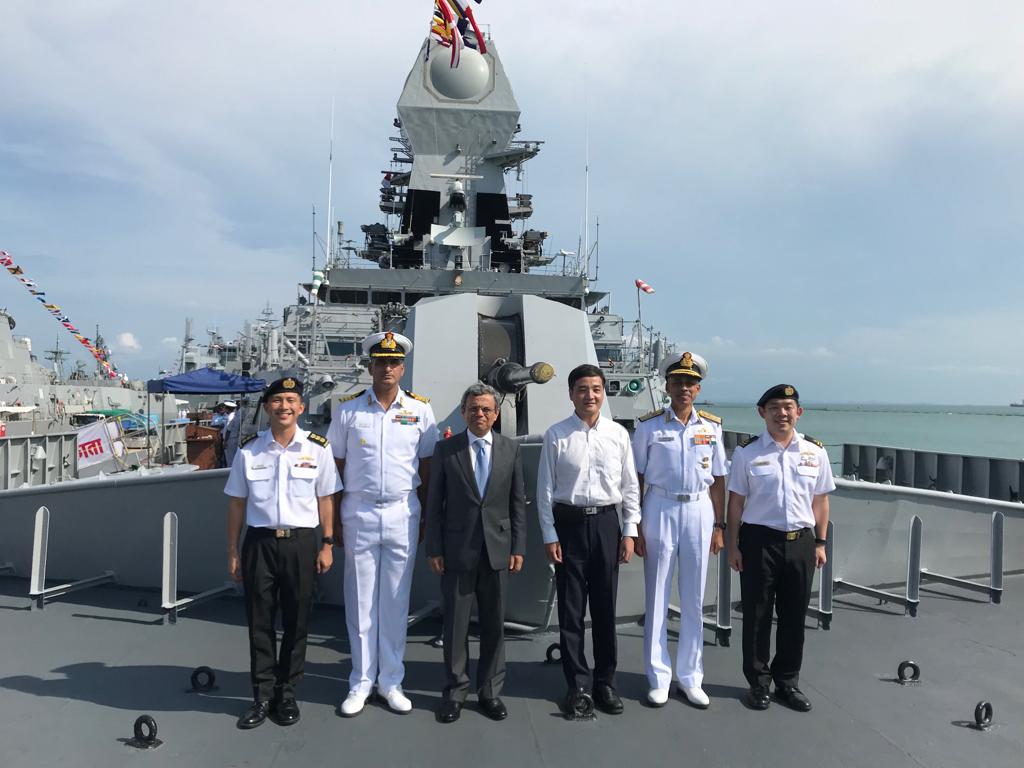 The number of missiles and torpedo firings undertaken were unprecedented and perhaps the largest the Indian Navy had undertaken with any foreign navy till date, indicative of the growing trust and operational comfort between the two navies. The drill also witnessed the highest numbers and variety of platforms fielded by both sides. Over the years the two navies have increased their interoperability to a level unmatched by other navies.

Defence cooperation between Singapore and India was first formalised when Singapore Navy ships began training with the Indian Navy in 1994. The modest endeavour grew to exchange of best practices in the field of Anti-Submarine Warfare (ASW), which in later years evolved into a complex, high stakes exercise with both nations attaching a premium to timing, complex advanced exercises, and type of platforms involved.