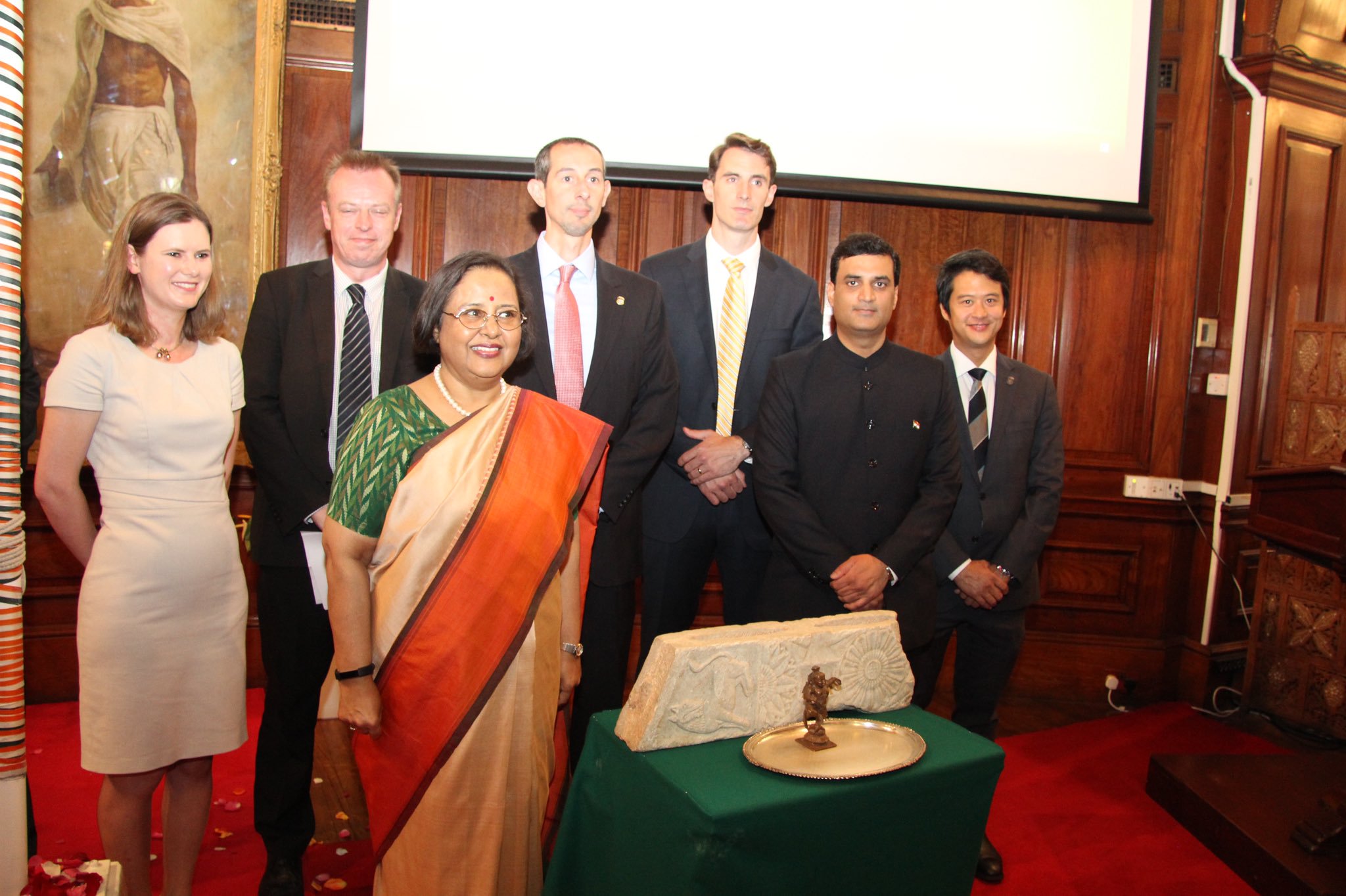 Two ancient artefacts stolen from India many years ago were repatriated by a joint US-UK investigation team. Photo courtesy: Twitter/@HCI_London

The two artefacts are linked to one of the most prolific art smugglers in the world, Subhash Kapoor, who was recently charged in New York as part of a US Homeland Security Investigations (HSI) operation.

According to reports, an unnamed individual in the UK, who was in possession of the items, came forward to the HSI wanting to surrender the artefacts.

"The return of these artefacts to India is a warm and friendly gesture by the UK and US agencies," she added.

HCI also received the artefacts of 1st century BC and 1st century AD, originating from Tamil Nadu. The artifacts were handed over by @metpoliceuk persuant to investigation by Homeland Security @DHSgov @HMOIndia @ASIGoI pic.twitter.com/ooFSZ4NX0v

The artefacts will now be handed over to the Archaeological Survey of India (ASI), which will conduct examinations to determine the exact period and origin of the pieces.