The annual iconic Jaipur Literature Festival is all set to run from January 19-23, 2023 in Jaipur at Hotel Clarks Amer. Marking its sixteenth year, the festival will showcase a power-house of writers, speakers, thinkers and humanitarians from all walks of life.

The literary extravaganza will see a spectacular range of language diversity in the programme, displaying 20 Indian and 14 International languages. 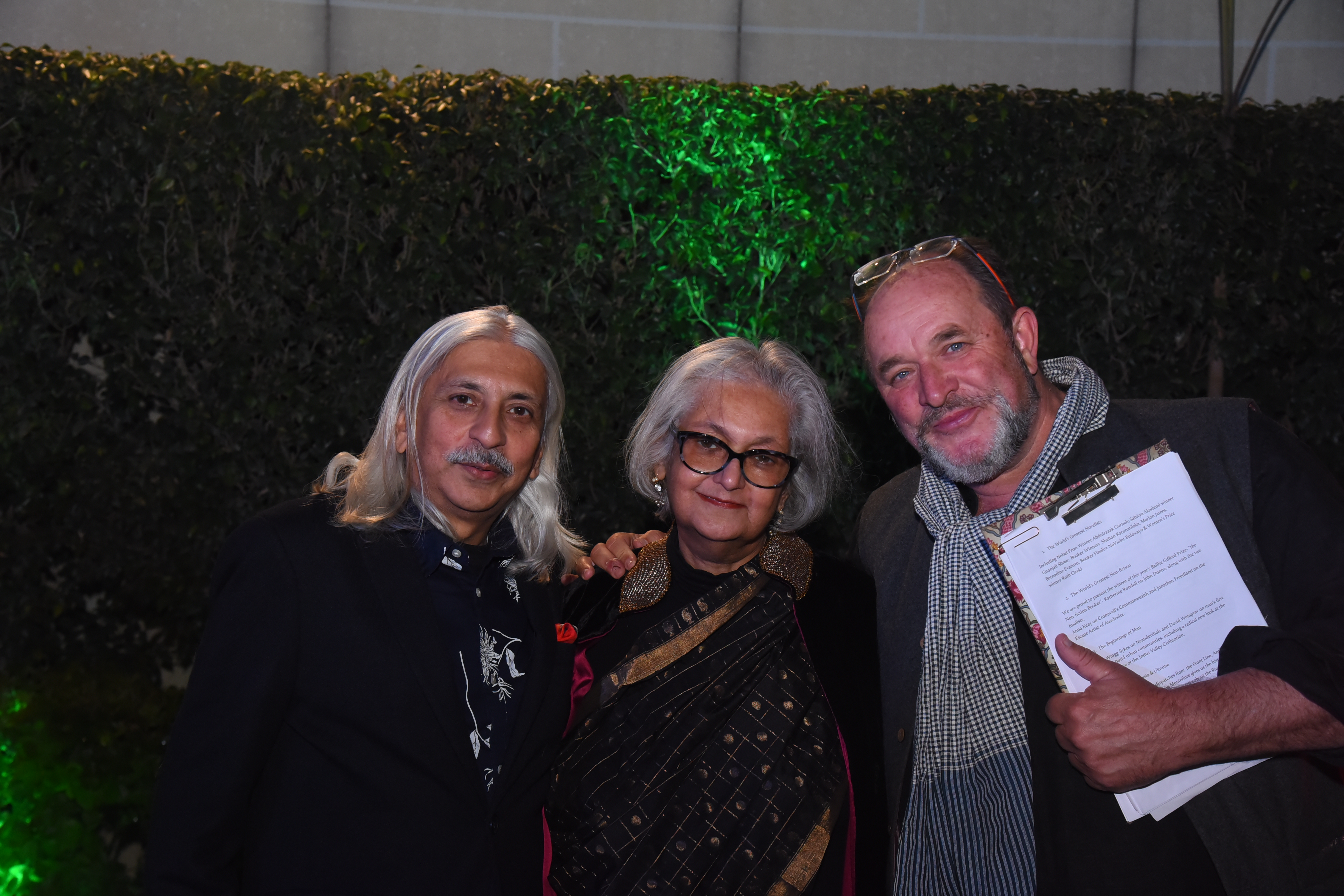 For its 2023 edition, the Festival will host over 250 speakers from across a vast array of nationalities, as well as recipients of major awards such as the Nobel, the Booker, International Booker, the Pulitzer, the Sahitya Akademi, Baillie Gifford, PEN America Literary Awards, the DSC Prize for South Asian Literature, the JCB Prize for Literature and many more. 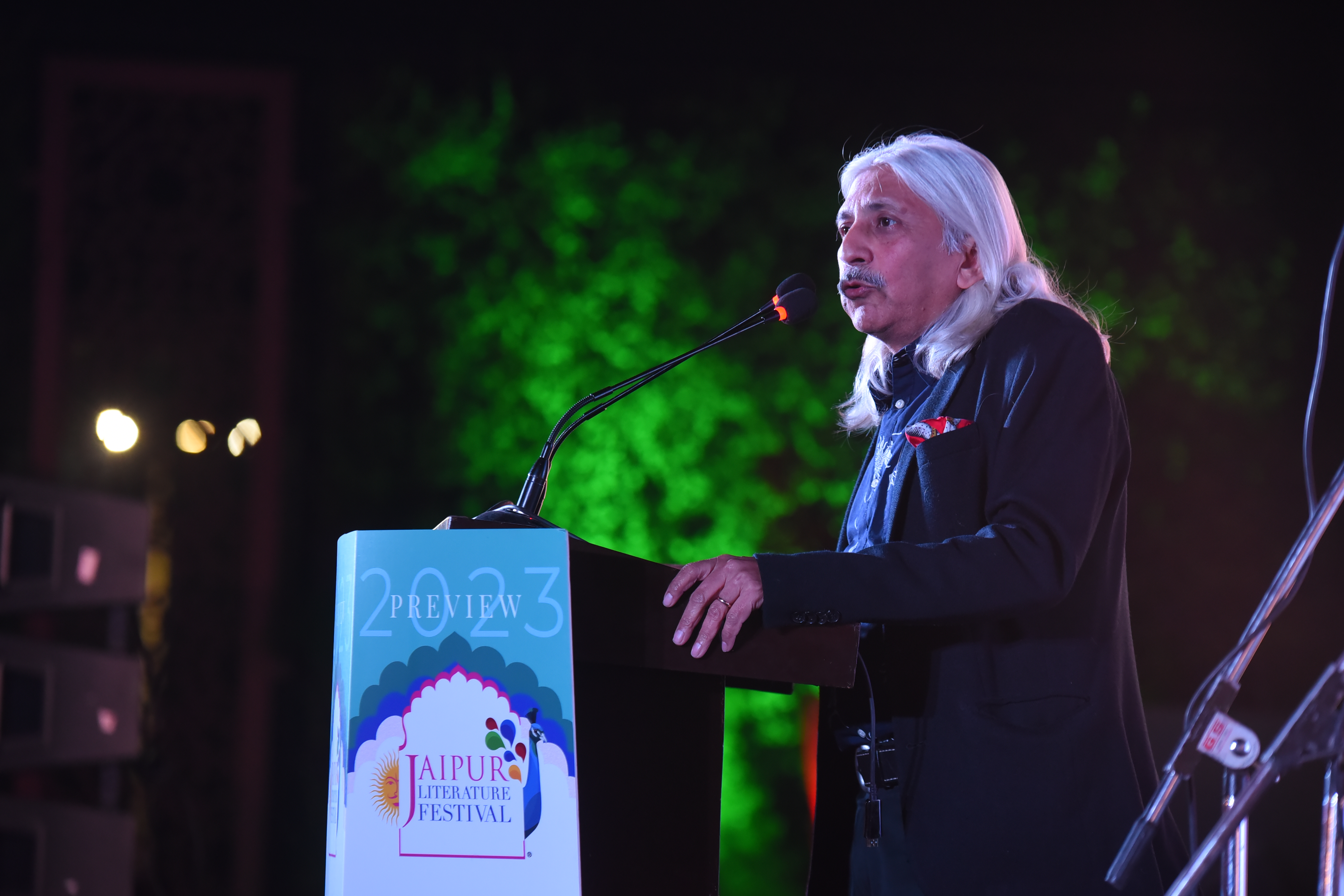 Some of the world’s greatest minds including Nobel awardee and celebrated writer Abdulrazak Gurnah will be in conversation with British publishing legend Alexandra Pringle for a panel discussion titled ‘The Essential Abdulrazak Gurnah’.

William Dalrymple, writer, historian and Co-director of the Jaipur Literature Festival, said,  "Every year we try and raise the bar at the annual Jaipur Literature Festival, but 2023 will undoubtedly be our finest festival yet. We have the winners of the Nobel, Booker, Sahitya Akademi, Baillie Gifford, National Book Awards & Women's Prize. It's going to be extraordinary and should not be missed."

In a tale celebrating the pluralist past of the Middle East, private diplomat, journalist and author Michael Vatikiotis traces the history of his family caught between a clash of faith and identity. Lives Between Lines recounts life under the Ottoman Empire where communities from different creeds and origins thrived. For his session, Vatikiotis will be in conversation with historian and Festival Co-Director William Dalrymple, where the two will take the audience through the history of his forebears as an ode to the once-tolerant and harmonious Middle East.

It will feature a range of themes including the ongoing climate justice debate under the urgency of borrowed time theme; the great women writers and artists focusing on the female voice and identity, crime fiction, memoir, translation, poetry, economics, tech morality and Artificial Intelligence, the global crisis in agriculture, Russia-Ukraine conflict, violence of the British Empire, cutting-edge science, India at 75, remembering partition, geopolitics, art and photography, health and medicine, amongst others.

Namita Gokhale, writer, publisher, and Co-director of the Jaipur Literature Festival, said, “2022 has been an important landmark in the world recognition of Indian and South Asian literature. International Booker prize winner Geetanjali Shree, and her English translator Daisy Rockwell will join us, as will Sri Lankan author and Booker winner Shehan Karunatilaka. Our programme as always forefronts new voices across languages and cultures and spans a wide arc from geopolitics, history, religion and spirituality, prose, poetry and argumentative discourse to planetary concerns, crime-writing, detective fiction and psychological thrillers, appropriately titled ‘Jaipur Noir’. The Jaipur BookMark too returns onground to examine publishing perspectives.”

Booker Prize winner Bernardine Evaristo’s memoir, Manifesto: On Never Giving Up, is an inspirational account of her life and career as she rebelled against the mainstream and fought over several decades to bring her creative work into the world. At the Festival, Evaristo will be in conversation with journalist and writer, Nandini Nair where she will present her reimagined memoir and an essential manual for creativity, activism, and reinvention.

Every year, the festival brings together a diverse mix of the world’s greatest writers, thinkers, humanitarians, politicians, business leaders and entertainers on one stage to champion the freedom to express and engage in thoughtful debate and dialogue. Photo: Connected to India

While moderating another session at the Festival, Nair will be in conversation with the Booker Prize winning author Shehan Karunatilaka for a panel discussion on ‘Seven Moons of Maali Almeida’ where Karunatilaka will delve into his latest tale of pathos, humour and satire, and the grave dangers of collective amnesia.

At another session, the winner of the Baillie Gifford Prize 2022, Katherine Rundell will be in conversation with academic and writer Nandini Das, where Rundell will speak of her sparkling biography of John Donne: the poet of love, sex, and death.

The list continues with the Pulitzer Prize-winning historian Caroline Elkins for a panel discussion where Elkins will take the audience through her illuminating and authoritative book Legacy of Violence: A History of the British Empire.

Bibek Debroy is an eminent scholar and translator who had made a number of previously difficult-to-access Sanskrit texts available to readers in English. Apart from his erudite and vast body of work, he is also an economist of repute and the Chairman of the Economic Advisory Council to the Prime Minister. During his session, Debroy will be in conversation with Sahitya Akademi awardee and Festival Co-Director Namita Gokhale, talking about the intricate layers of wisdom and learning contained in the Puranas, with special reference to his latest rendering of the Brahma Puranas in English translation.

India’s relations with Chin​a has seen numerous highs and lows​. From the war of 1962 to the peace maintained by negotiations in the 90s leading up to recent turmoil and unsettlement. At a session, journalist and author Manoj Joshi, in Understanding the India-China Border: The Enduring Threat of War in the High Himalayas, will trace the brutal circumstances of the LAC and the impact of its “fuzziness”. During the session, Joshi will be in conversation with former Foreign Secretary Vijay Gokhale and former Ambassador to China, Myanmar, Indonesia and Nepal & former Foriegn Secretary Shyam Saran discussing the rising tensions at the unresolved LAC, and what that means for the region, along with journalist and foreign policy expert Suhasini Haidar.

The digital world is to be mastered, not abandoned. Technology-friendly writers Nandan Nilekani and Tanuj Bhojwani induct readers into the secret of using electronic devices for their benefit without losing either mental peace or physical fitness. The duo will be in conversation with Publisher, Penguin Random House, Meru Gokhale where they discuss the information flow of what inundates our screens, and if that can be controlled in a way that it becomes key to success in a mindful/‘bitful’ sort of way.

This year, the festival will celebrate the diversity of language and literature like never before by conducting a panel discussion featuring International Booker Prize winner Geetanjali Shree in conversation with translator Daisy Rockwell and Sahitya Akademi Yuva Puraskar recipient Tanuj Solanki for a session on Ret Samadhi: Tomb of Sand.

The prestigious Jaipur BookMark returns to the annual Jaipur Literature Festival with its ninth edition, bringing together publishers, editors, literary agents, writers, translators and booksellers from across the world. This year, the focus would be on translations and the world of children's publishing. In addition, there are sessions on podcasts, queer writing, formats such as eBooks and audiobooks, books focusing on the mind, body and spirit, book awards and much more.

Every year, the festival brings together a diverse mix of the world’s greatest writers, thinkers, humanitarians, politicians, business leaders and entertainers on one stage to champion the freedom to express and engage in thoughtful debate and dialogue.