Indian actress Sridevi’s body has finally reached Mumbai three days after her death in Dubai. She was flown in a private jet yesterday’s evening, accompanied by family members including husband Boney Kapoor and stepson Arjun Kapoor.

Hundreds of fans waited outside their residence in Lokhandwala as the ambulance carrying Sridevi's body drove in from the airport. 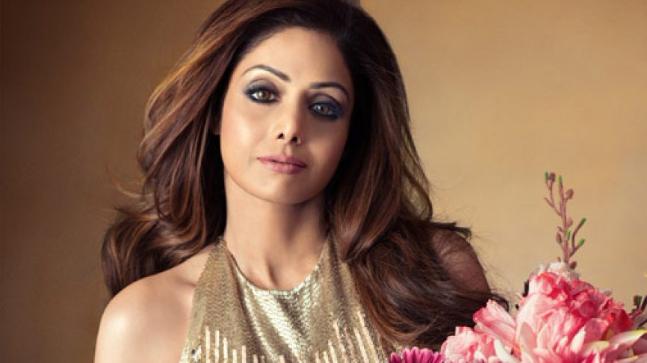 In a statement, Sridevi's family said people could pay their last respects between 9.30 am to 12.30 pm at the Celebration Sports Club in Mumbai. Sridevi's last journey would commence from the club to the crematorium near Pawan Hands, Vile Parle West at 2 pm. The last rites will take place at 3.30 pm onwards, the statement said.

Earlier, the Public Prosecutor's Office of Dubai decided to release custody to her relatives after the investigation into her death concluded.

The actress had drowned in the bathtub of her hotel room, Dubai Police said.

The mortal remains of Sridevi was brought in an Embraer aircraft which landed in Mumbai around 9.30 pm yesterday. The aircraft was specially sent by Indian industrial magnate Anil Ambani.

In a tweet, the Dubai Media office said: “The Public Prosecutor's Office in Dubai said: 'The decision to release the body came after all the investigations and procedural matters followed in such incidents were completed, in order to determine all its circumstances and ensure that justice was done within the framework of the law'.”

Dubai Public Prosecution stressed that all regular procedures followed in such cases have been completed. As per the forensic report, the death of the Indian actress occurred due to accidental drowning following loss of consciousness. The case has now been closed.

"Dubai Public Prosecution has approved the release of the body of the Indian actress Sridevi to her family following the completion of a comprehensive investigation into the circumstances of her death", tweeted Dubai Media office.

Dubai Public Prosecution has approved the release of the body of the Indian actress Sridevi to her family following the completion of a comprehensive investigation into the circumstances of her death.

Meanwhile, authorities in Dubai have given the go-ahead to repatriate the body of the Indian actress. A no objection certificate to release the mortal remains of the celebrated actress was handed over to the representatives of the Indian Consulate and her family at around 12.45pm, reported Gulf News.

The Indian consulate tweeted that the Dubai Police has handed over the Consulate and the family members letters for the release of the mortal remains of the Indian cinema icon Sridevi Boney Kapoor so that they can proceed for embalming.

Update: Dubai Police has handed over the Consulate and the family members letters for the release of the mortal remains of the Indian cinema icon Sridevi Boney Kapoor so that they can proceed for embalming.

The document was handed to them at the Bur Dubai police station, which received the same from Dubai Public Prosecution.

Dubai Police on Monday transferred the case to Dubai Public Prosecution after they found that Sridevi had died due to accidentally drowning in the bathtub inside her hotel room. This necessitated further legal procedures and clearances for flying her mortal remains to India.

Earlier, Sridevi’s body was shifted from the mortuary in Dubai Police Headquarters to the Medical Fitness Centre in Muhaisnah for embalming.

Bollywood actor and Sridevi’s stepson Arjun Kapoor has landed in Dubai this morning to be with his father Boney Kapoor.

“Arjun has gone to Dubai this morning to be with his father at the hotel while the formalities are being wrapped up and to oversee the return journey,” said a statement issued on behalf of the Kapoor and Marwah family.

Sridevi was in Dubai for her nephew Mohit Marwah’s wedding. She was joined by her younger daughter Khushi and husband Boney Kapoor,  who flew back to India after the wedding on February 21. However, Boney came back to Dubai on February 24 to surprise his wife at the hotel where she was staying.