Skin colour has no place in a modern society, said Singapore-based photographer Lijesh Karunakaran, in response to Connected to India's queries on his viral Facebook post.

The post going so viral was not something Karunakaran expected he said, "No. That was nowhere in my mind. I never expected that so many people would have faced similar issues or would be able to relate to it".

Upon returning home from school one day, Karunakaran's five-year-old daughter Mayuki said, "My classmate told me I am brown so I am not a Singaporean." The saddened father decided to, in a poignant post on his Facebook page on June 2, share brief accounts of what his daughter encountered in school, and how he answered her difficult questions on race and skin colour. 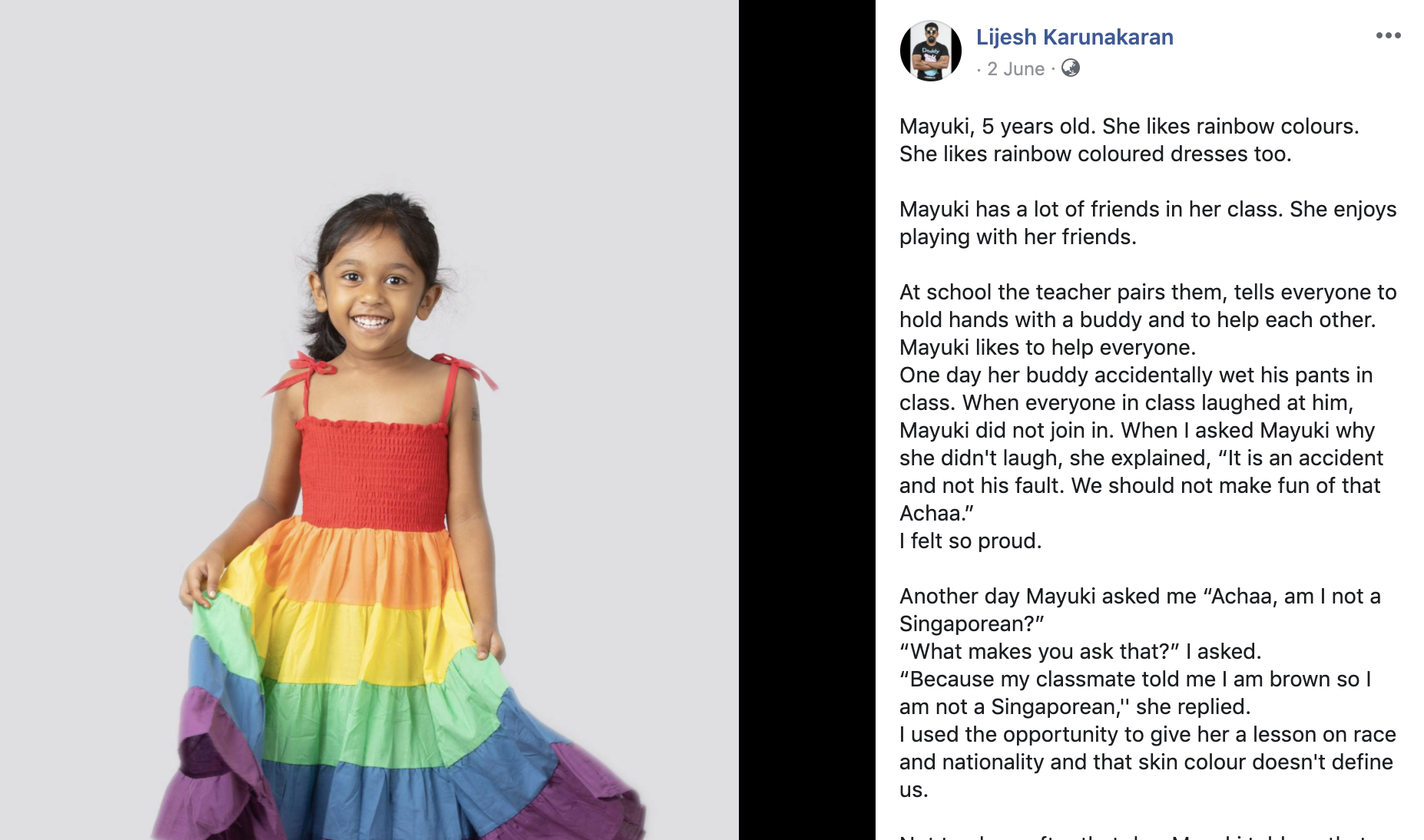 Mayuki in another incident told Karunakaran that her school buddy had refused to hold her hand. "Her buddy said she should not hold his hand, as he is afraid that he will become black too."

The little girl then innocently asked her father, “Achaa why did he say that?”

Karunakaran wrote, "I was not able to answer that for a while. Later I explained that maybe her buddy didn’t know that skin colour does not mix, like the watercolours they painted with."

He added that Mayuki loved rainbow colours, and recalled an incident during which she was attracted to a rainbow-coloured dress in a shop. However, the lady in the shop said pink dresses would look better on her, because "your daughter is dark".

Karunakaran advised her against such statements, and later bought the same rainbow coloured dress for Mayuki from another shop. However, after wearing it, Mayuki asked, “Achaa, will pink look better on me?”

To end the post, Karunakaran said, "All this happened a few months back. Mayuki is stronger and happier now."

The post has since been shared 1,700 times, with over 4,900 reactions. "Good to see people take a moment out of their busy lives to share and reflect on this", Karunakaran felt.

Karunakaran also commented, "It is sad that kids are being bullied for things which they have no control over. This is faced by kids all over the world in various ways. We have no idea how it affects them."