Two ministerial statements are set to be delivered in Parliament next week to explain ''how vital'' Free Trade Agreements (FTAs) are to Singapore and to address ''false allegations'' that these pacts are not ''a free hand'' for foreign professionals to take up jobs in the island nation.

The statements will be delivered by Manpower Minister and Second Minister for Trade and Industry Tan See Leng and Health Minister Ong Ye Kung, who is a former trade negotiator, before opening the floor to debate on them, according to media reports.

Ong, in a Facebook post, said the ministerial statements will explain ''how vital'' FTAs are to Singapore and how they work. 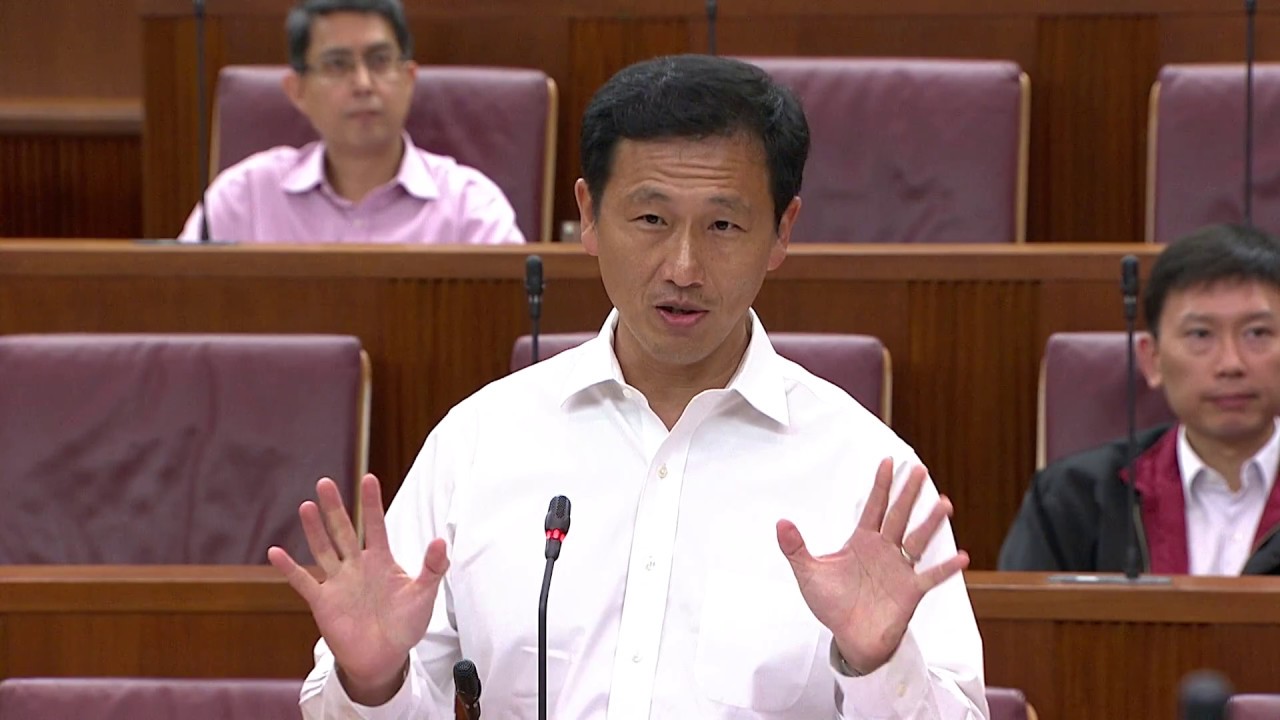 Ong in his post also referred to two recent incidents of “verbal and physical assaults on Indians”, which he described as “disturbing and not reflective of what Singaporeans are”. Photo courtesy: MOE

Among the FTAs being question is a broader Comprehensive Economic Cooperation Agreement between Singapore and India which was signed in 2005 but has been a concern among some Singaporeans who see it as allowing Indian professionals to take up jobs that they would have done, diplomatic sources said.

Ong in his post also referred to two recent incidents of “verbal and physical assaults on Indians”, which he described as “disturbing and not reflective of what Singaporeans are”.

Without specifying the incidents, Ong said they occurred amid an “undercurrent of sentiment against immigrant Indians over the past two years”.

“There are concerns from Singaporeans that need to be addressed, but the unhappiness is also fuelled in no small part by false allegations by the Progress Singapore Party (PSP - an opposition) about how the Singapore-India CECA has given Indian PMEs a free hand to come here to work,” he wrote in the post.

Following the incidents, Ong said Minister for Law and Home Affairs K Shanmugam during a parliamentary sitting in May this year called on the PSP to file a motion on FTAs and CECA.

So that Parliament could have a proper debate on the matter, discuss what is at stake for Singapore, and “shine a light on untrue statements about CECA'', Ong said.

“In the run-up to the filing of PSP's proposed motion, we have received many parliamentary questions on the matter, including many from PSP,” he said, adding that the purpose of the ministerial statements was to answer these questions.

Shanmugam said in Parliament on May 11 that Singapore will fail if the country allows racism and xenophobia to become prevalent.

He was responding to a question from parliamentarian Murali Pillai, who pointed to an incident in the previous week when a 55-year-old woman of Indian descent had allegedly been kicked in the chest and subjected to racial slurs for not wearing a mask while brisk walking.