At a Chinese New Year event, Law and Home Affairs Minister K Shanmugam said, “A sense of rootedness through culture will help Singapore anchor itself amid global headwinds, especially in the face of a growing pushback against political correctness, such as that in Europe”.

Shanmugam said that on Singapore’s part, it is about understanding that “our strength comes from our individual cultures”. 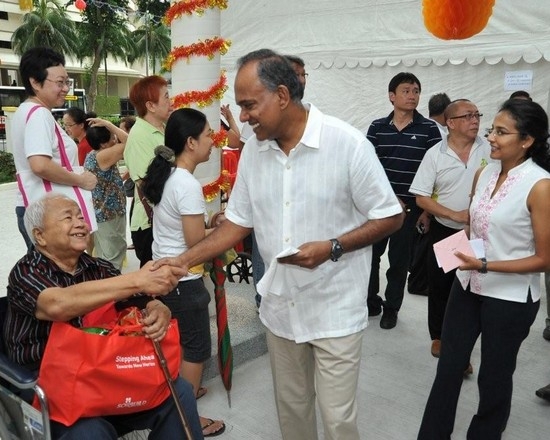 Shanmugam said in the annual Spring Reception for leaders in the Chinese-Singaporean community to promote values and cultural appreciation that a sense of rootedness will also help the Republic to be confident to face the world.

“There’ll be ups and downs, but to have the courage of conviction, you need to be strongly rooted. And rooting comes from language and culture”, he said.

“(If) we forget that I think Singapore won’t be Singapore, and we’ll be buffeted and turned over at the first big wave.”

He further added: “If you’re just academically smart, without an inner strength ... every wave that comes will just try and topple you over.”

Culture is not a purely academic concept. It has to instead be “something you participate in”, said Shanmugam.

Business China chairman Lee Yi Shyan spoke about the global uncertainty in the business sector in Mandarin, that the current global situation means a need to keep abreast of current affairs.

Held for the first time at the new premises of the Singapore Chinese Cultural Centre, yesterday’s Spring Reception was attended by more than 800 guests,

Initiated by the Singapore Federation of Chinese Clan Associations, the centre was completed in December, 2016.