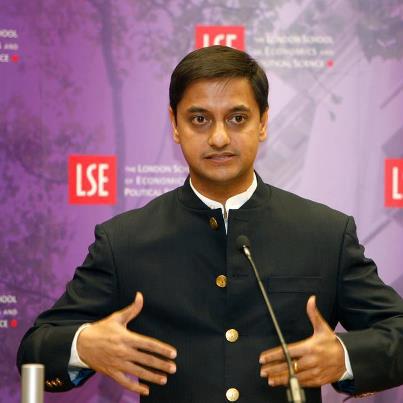 Clearly PM Modi’s call to Pravasis (NRIs) is being heard by them as Sanjeev Sanyal, Singapore based leading economist, bestselling writer, environmentalist, and urban theorist is all set to assume the position of Principal Economic Adviser in the Ministry of Finance, Government of India.

Congratulating Sanjeev, former diplomat and President of Singapore Indian Association, K Kesavapany, said, “I have had the pleasure knowing Sanjeev Sanyal for about 10 years. He stands out as an intense, conscientious, social activist and an economist. He has put his literary skills to great use and given us some great books like The Incredible History of India’s Geography. I wish him every success in this very important posting that he will be going for shortly.”

The announcement was made public via an official statement by the Appointed Committee of the Cabinet (ACC).

Former Global Strategist and Managing Director of Deutsche Bank, Sanyal has been appointed in a pay scale of Rs 67,000-79,000 for a period of three years.

Honoured by the Singapore government at the World Cities Summit 2014, Sanyal has been awarded the Eisenhower Fellowship for his work on urban issues in 2007.

He attended Shri Ram College of Commerce, Delhi and St. John's College, Oxford, where he was Rhodes Scholar.

He has been an Adjunct Fellow at the Institute of Policy Studies, Singapore, Fellow of the Royal Geographical Society, London, Visiting Scholar at Oxford University and a Senior Fellow of the World Wide Fund for Nature (formerly World Wildlife Fund).