An Indian-origin couple in Singapore yesterday claimed that low-cost long-haul airline Scoot refused to fly their special needs child and asked them to deplane before a flight was scheduled to take off. 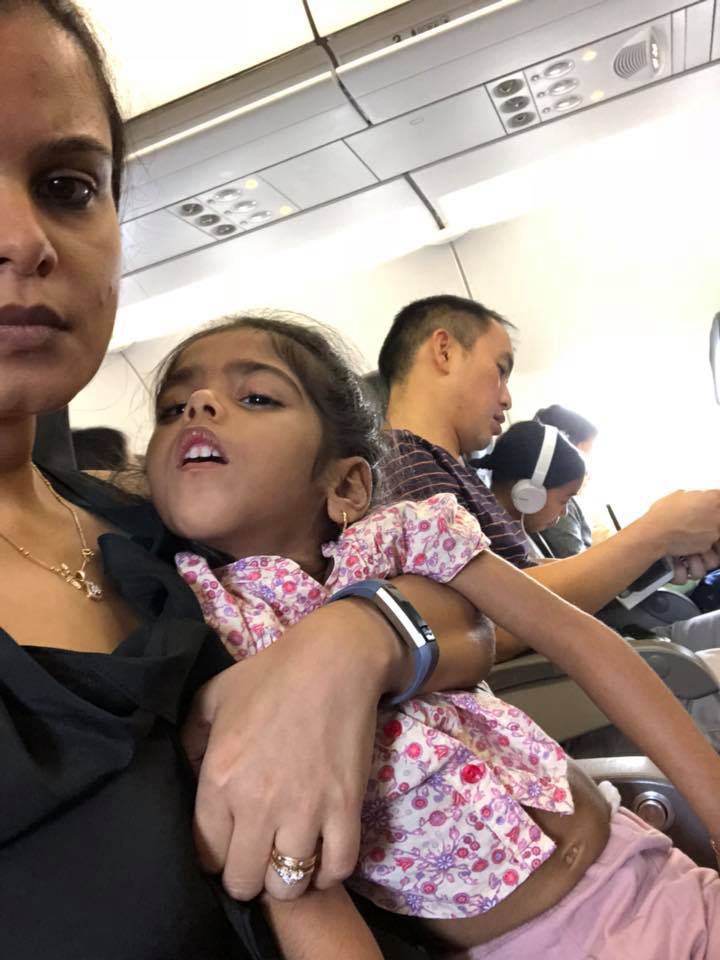 Divya George, the mother of the five-year-old girl, posted this picture on her FB page. Photo courtesy: FB page of Divya George

Divya George, the mother of the five-year-old girl, posted online that the captain of the airline caused the commotion after he refused to allow the child to fly with an infant seat belt. Reports said they were flying to Phuket from Singapore for a vacation.

Divya's daughter only weighs 8.5 kilograms and is the size of a one-year-old child. Divya garnered immense support online when she shared her situation on social media earlier yesterday.

In a subsequent post this afternoon, Divya updated that she is "saddened beyond words" over the incident and revealed that the captain callously said that it is not his problem if her child slides off her seat and hurts herself during the flight.

She also posted a video of the incident.

There was no immediate reaction from Scoot Airlines, which is owned by Singapore Airlines through its subsidiary Budget Aviation Holdings.