Sikh Doctor in the US files Religious Discrimination Lawsuit

A Sikh doctor in the US has filed a lawsuit against an American medical organisation alleging he was denied a neurology job for his religious appearance.

On behalf of Dr Jaswinder Pal Singh, Sikh advocacy group - The Sikh Coalition has filed a discrimination lawsuit in the U.S. District Court for the Middle District of Tennessee on December 27. 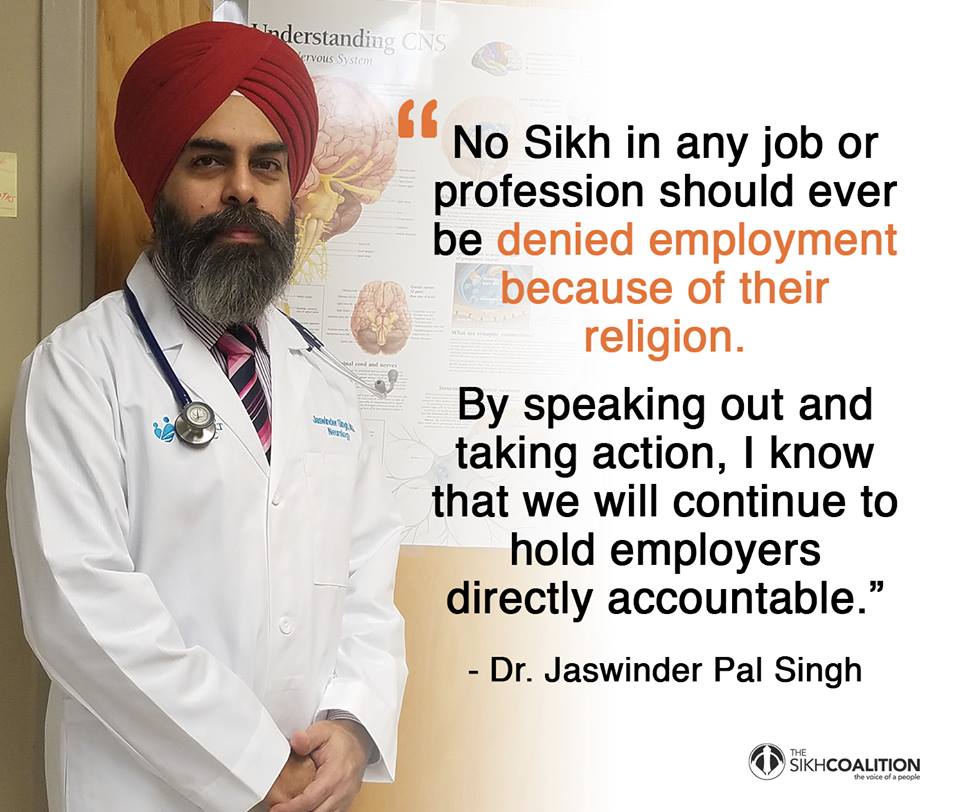 Jaswinder Pal Singh of Kentucky is a licensed and board certified physician practising in the area of neurology.

The lawsuit alleged that Singh, an observant Sikh physician was denied a neurology job after the employer and recruiter inquired into his religious appearance.

The suit alleged that as part of the 2014 hiring process, the employer Premier Medical Group and its recruiter Arthur Marshall Inc expressed interest and concern about the way Singh looked.

Despite receiving praise for his credentials by the recruiter, Singh was allegedly abruptly denied further interviews after he submitted photographs of himself, along with additional information on Sikhs and Sikhism. The job then remained vacant, it said.

Singh said in a statement released by the coalition, "It was very clear to me that I was denied employment because of my ethnic background and religious appearance."

"No Sikh in any job or profession should ever be denied employment because of their religion. By speaking out and taking action, I know that we will continue to hold employers directly accountable," added Singh.

According to the lawsuit, around September 2014, an individual from the recruiter firm indicated that the Premier Medical Group had reservations about Singh's candidacy and wanted information about his appearance, specifically "how you appear" and "what you look like."

Singh said that he is a Sikh and maintains unshorn hair including a beard and wears a turban in accordance with his faith to which the individual allegedly replied that he did not know who Sikhs were. He migrated to the US from India in 2008.