Actor Sushant Singh Rajput's death has shocked fans, fellow celebrities and sports stars alike. The cricket fraternity in India is mourning the death of the young star as one of their own.

His portrayal of one of the most successful captains of the Indian cricket team, MS Dhoni, was one of his finest performance in a short but successful career. Sushant copied Dhoni , his mannerisms and cricketing style so well that everyone who watched the movie, MS Dhoni: The Untold Story felt like the reel and real Dhoni were the same. 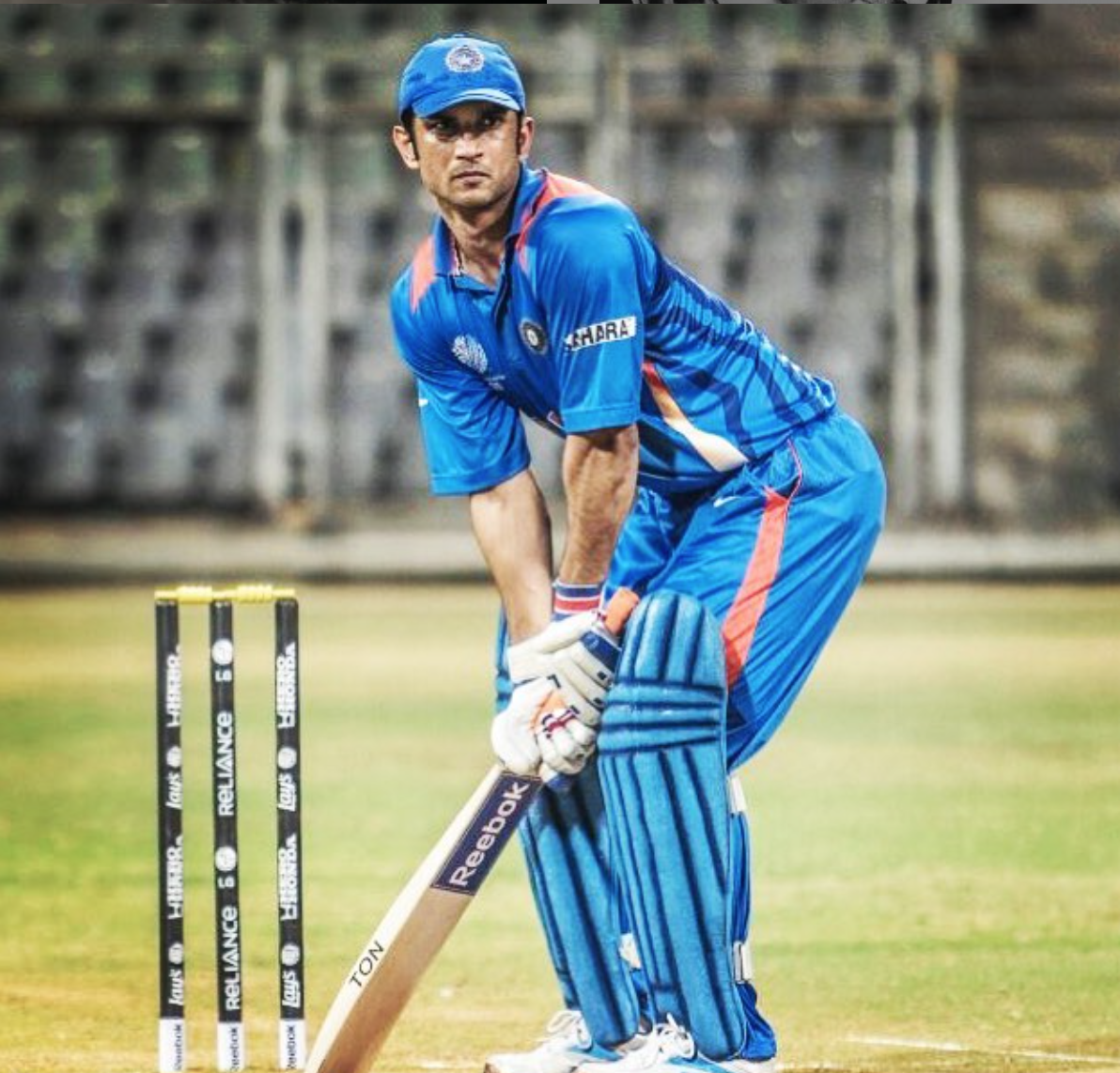 Dhoni’s manager and  producer of the movie Arun Pandey said that Dhoni was shocked and speechless to hear the tragic news. "Return if possible," read Pandey's tweet.

This is shocking and unbelievable.. RIP Sushant .. “Return if Possible” this news have left me speechless.. god give his family a lot of strength! 🙏🙏 pic.twitter.com/LP0NqFBdxf

Former Indian wicketkeeper Kiran More, who trained Sushant for the role of Dhoni, tweeted that it will be hard for him to recover from this shock.

It is a shocking moment for me personally, @itsSSR was someone whom I trained for the role as @msdhoni. I don't know how I or anyone who knows him will be able to recover from this shock, gone too soon my friend #SushantSinghRajput #RIPSushant

Shocked to hear about Sushant Singh Rajput. Met him several times as he spent time with us for Mahi’s biopic. We’ve lost a handsome, ever smiling actor.
Om Shanti! https://t.co/PF2WSP5262

Indian skipper Virat Kohli, expressing his anguish, said it was difficult to process the untimely death of the young actor.

Shocked to hear about Sushant Singh Rajput. This is so difficult to process. May his soul RIP and may god give all the strength to his family and friends 🙏

Rohit Sharma tweeted a picture of Sushant in the Indian blue jersey and said he can't come to terms with the loss.

This is distressing, can’t come to terms that this has happened. Really disturbing. Brilliant actor RIP brother. pic.twitter.com/eGImqT7SNN

34-year-old Sushant Singh Rajput, was found dead in his Mumbai home on Sunday, June 14, with the Mumbai Police saying that the actor appeared to have died by suicide. The police also said that they did not find any suicide note. His funeral will be held on Monday, once his family arrives in Mumbai from Patna.