Shahid Kapoor to get Madame Tussauds wax statue in Singapore

Bollywood star Shahid Kapoor is set to hop on the bandwagon of Indian celebrities who have their wax statues at the Madame Tussauds Museum in Singapore. 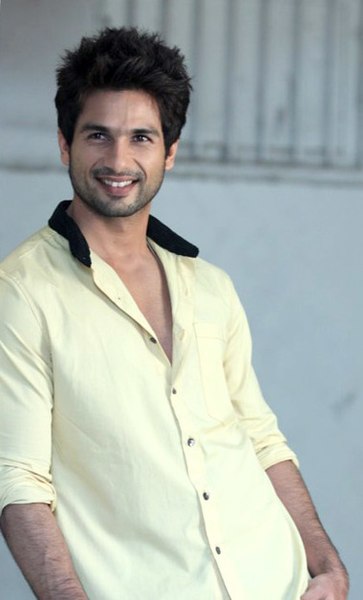 Shahid Kapoor will be flying to Singapore to unveil his wax figure on May 16. Speaking about the significance of the event, he reportedly said that it takes Indian cinema to an international level as it’s a global platform.

Taking to his Twitter handle, Shahid shared with his fans the news of him being immortalised in wax at the prestigious Madame Tussauds Museum in Singapore on May 16. The actor also revealed that this will be his first and only wax statue there.

According to reports, Shahid Kapoor will be flying to Singapore to unveil his wax figure. Speaking about the significance of his wax statue, he reportedly said that it takes Indian cinema to an international level as it’s a global platform. He also added that it helps one connect with people that one probably wouldn’t reach out to, in any other way.

Elaborating further, he averred that he feels blessed to be a part of it. And of course, most dignitaries whose figurines are there at the museum are those whom they have grown up watching and idolising.

Connected to India will be at Madame Tussauds Singapore for the unveiling and will catch up with Shahid at the event. If you have any questions for him, please let us know through the comments section or on our social media pages.

7 days from now, I will be unveiling my first & only wax figure at @MTsSingapore! Stay Tuned! #shahidkapoor #MadametussaudsSG #MTSG #ShahidMTSG pic.twitter.com/aImlvzkloh

On the work front, he will next be seen in the official Hindi remake of Telugu film, ‘Arjun Reddy’ which has been titled, ‘Kabir Singh’ in Hindi. The film also stars Kiara Advani in the female lead. The trailer of the film is all set to be unveiled on May 13.