The Singapore Gujarati Society’s Navratri celebrations return to the Lion City after a hiatus of two years. 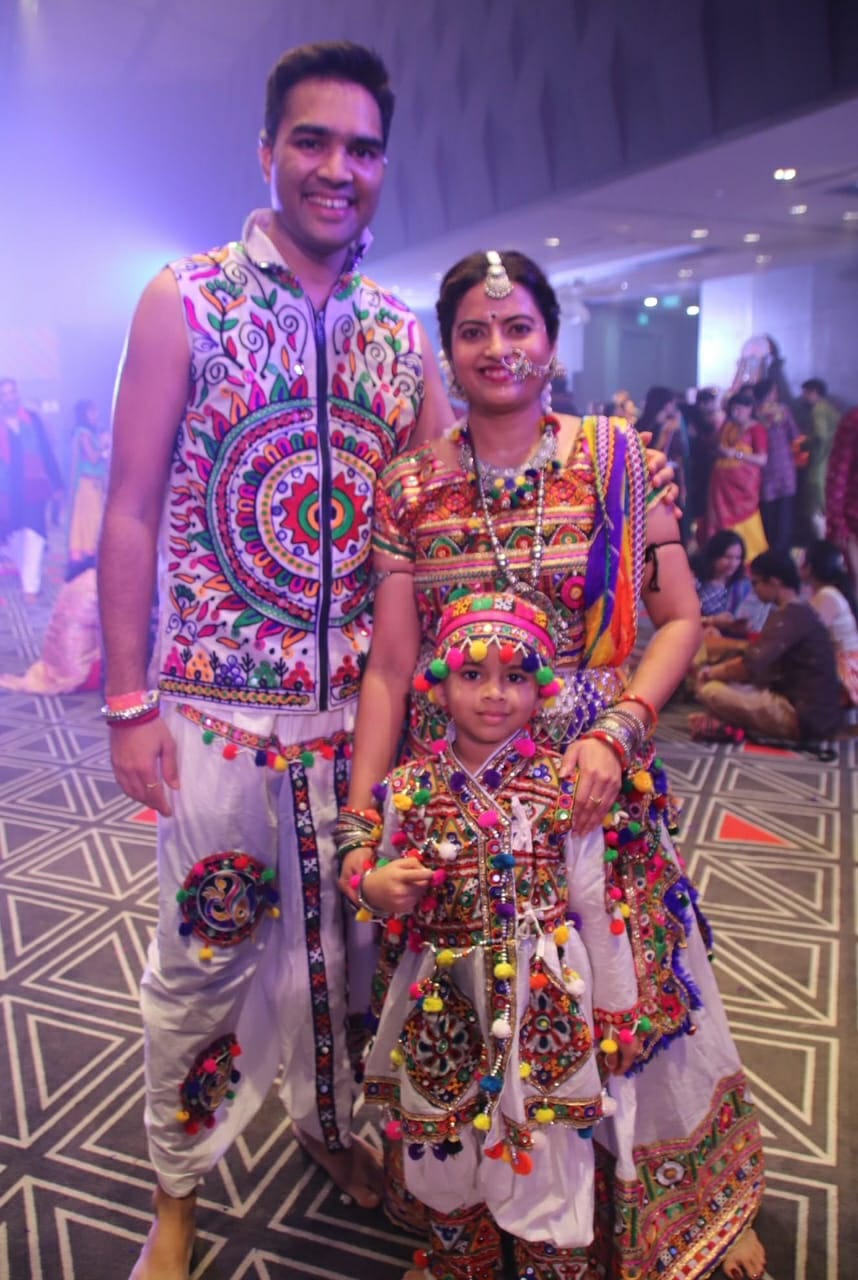 Gujaratis and Navratri enthusiasts across Singapore are practicing their Haath Taali, Dhodiyo and Dandiya moves to the evergreen songs ‘Maano Garbe Re…’ and ‘Ranglo…”, to ‘Rangeelo Maro Dholna…’ and recent favourite ‘Dholida…’.

Organised by the Singapore Gujarati Society, Navratri celebrations were first held in 1956. This year, the execution team, led by former SGS president Biren Desai, has come together to put together events on an accelerated timeline.

“We usually take six months to put an event of this scale together, but this time, we’ve done it in two months,” said Viral Patel, president of the Singapore Gujarati Society. “Thanks to our experienced community members, sponsors and partners, we are extremely excited and grateful to bring this uniquely Gujarati tradition back after a two-year break.” 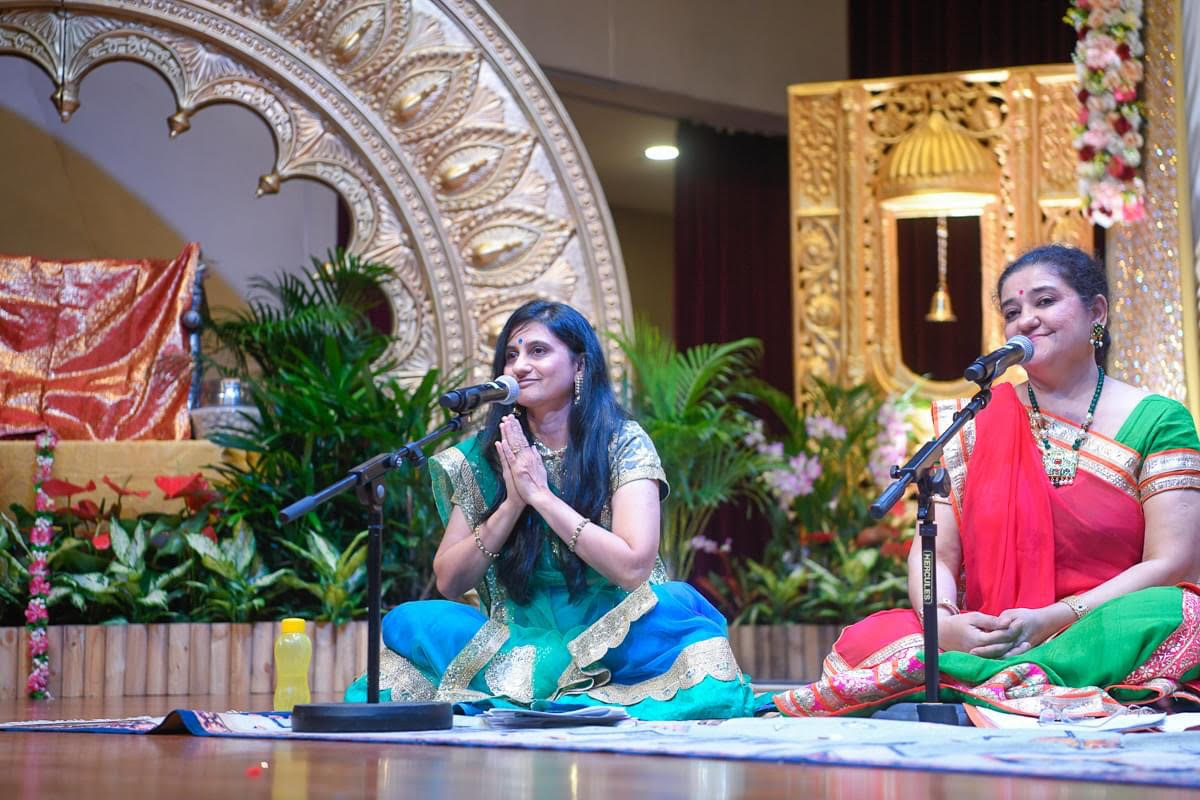 A tradition unique to the Nagar Community of Gujarat, Betha Garba is typically organised in people’s homes. Photo courtesy: SGS

Here’s a quick look at what to expect from Navratri festivities this year:

For the very first time, SGS is introducing the concept of ‘Betha Garba’, where hobbyist singers from within SGS will sing traditional garba (songs) to a live, seated audience. They will be accompanied by traditional musical instruments such as the Harmonium, Dholak and Tabla. The audience will also receive a song book with lyrics to sing along.

A tradition unique to the Nagar Community of Gujarat, Betha Garba is typically organised in people’s homes. SGS brought this tradition to the forefront on a publicly accessible platform, to promote Gujarati culture and foster closer bonds.

The event is open to all (members and non-members), though pre-registration is required.

As part of a commitment to popularise Gujarati culture as well as foster closer community bonds, SGS has organised a series of free-to-attend coaching sessions across various locations in Singapore. The sessions introduced people to the basic steps and styles of traditional Navratri folk dances. Each coaching session is open to all members of the public, and over 600 people are expected to take part.

Get ready for three days of (almost) non-stop, foot-tapping music specially curated by DJ Vivid from India. In partnership with the SGS Navratri Music Team, DJ Vivid will join us ‘Live’ in Singapore and is sure to elevate the Navratri experience. 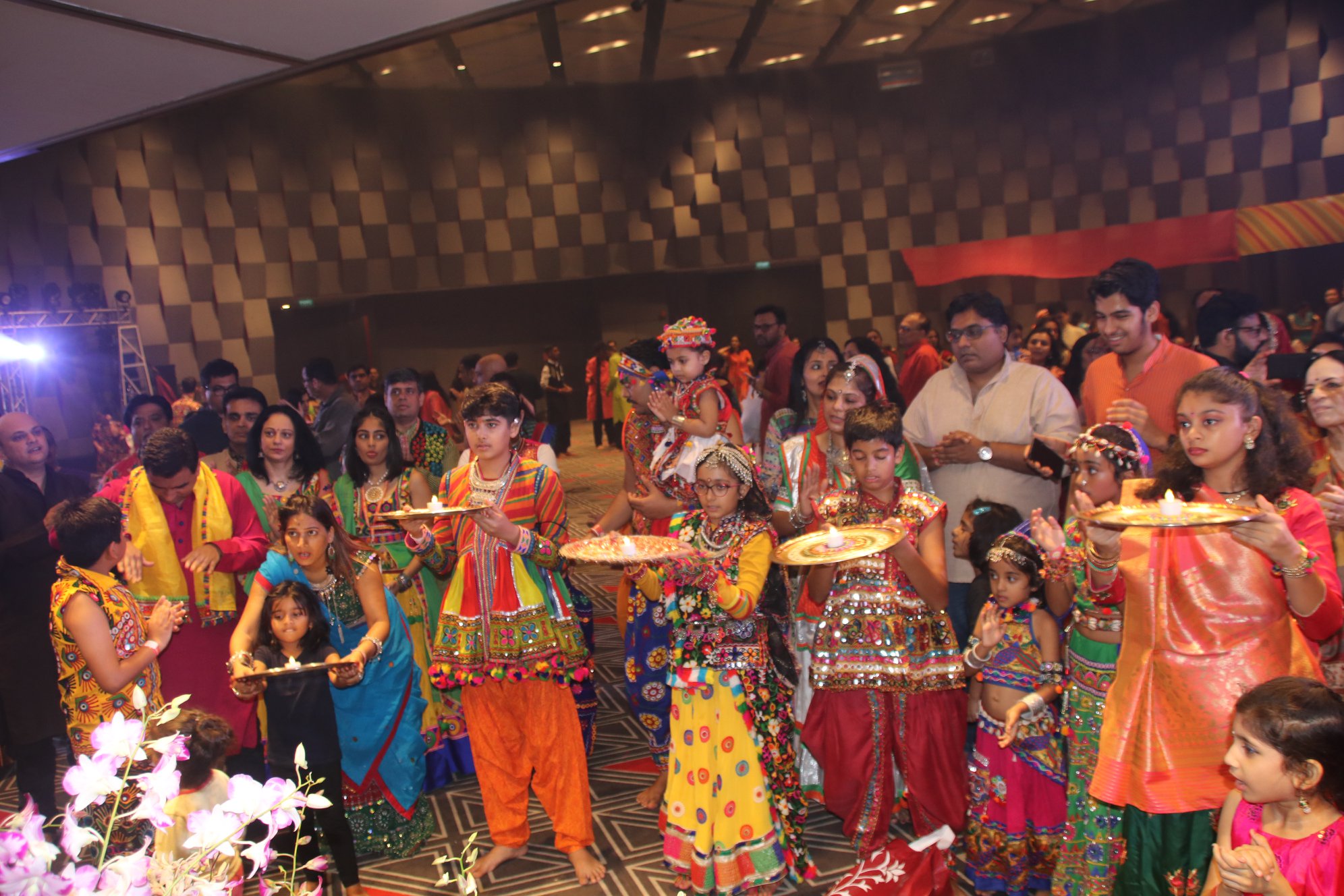 One of the key highlights every year are the curated, choreographed performances staged during break times. Consisting of predominantly SGS members, these dance groups have spent months preparing for this special showcase. 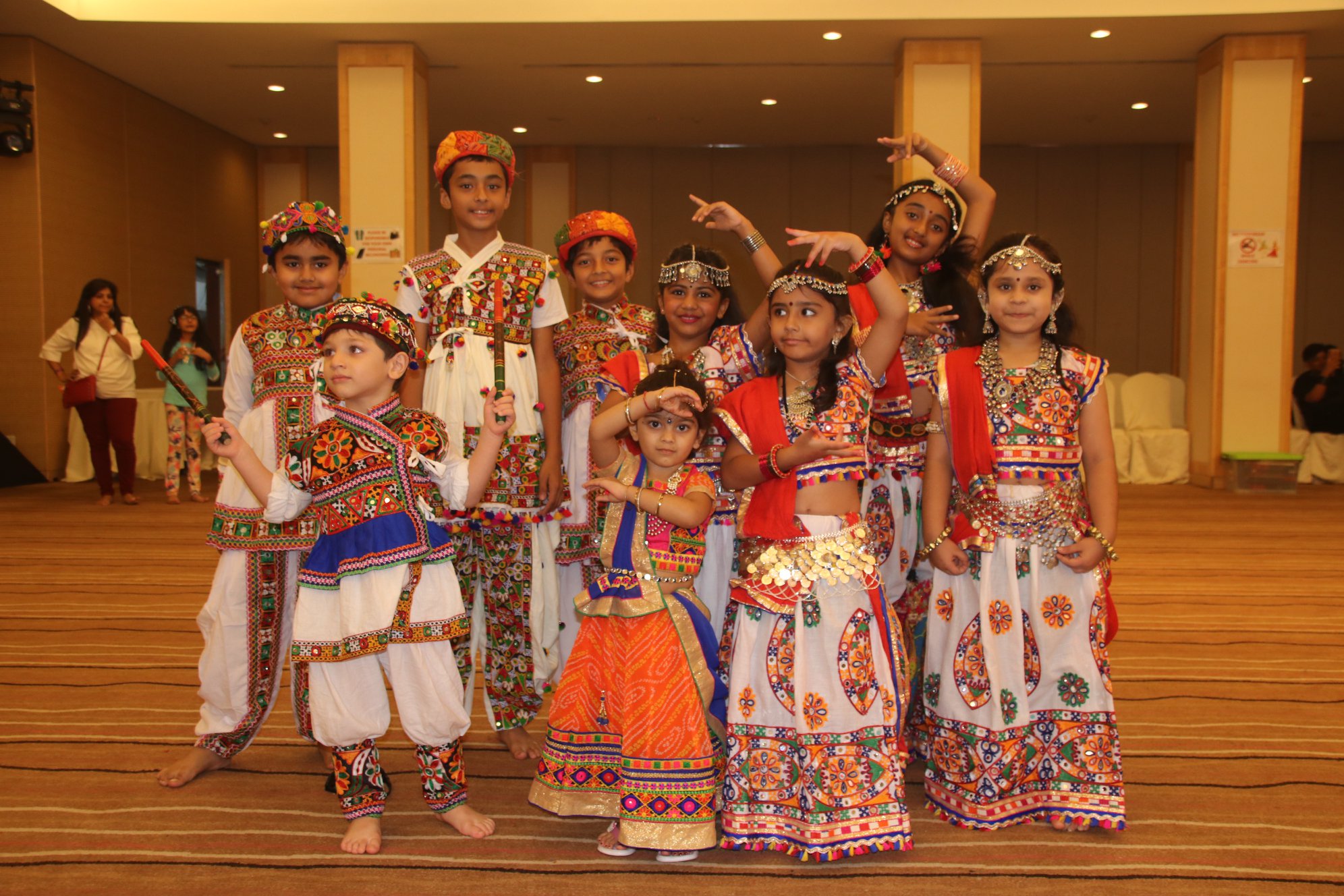 Navratri and Sharad Poornima for kids

Making a comeback this year is the ever-popular Navratri and Sharad Poornima for Kids segment, to take place on October 9, 2022. A special segment that introduces children below the age of 12 to the significance of these festivals and guides them through traditional garba and dandiya dance steps. They will also receive door gifts, participate in quizzes and story telling sessions, too. We are expecting a participation of over 150 children for this segment.