Bollywood Shehenshah Amitabh Bachchan is back with yet another installment of 'Sarkar' – 'Sarkar 3'. 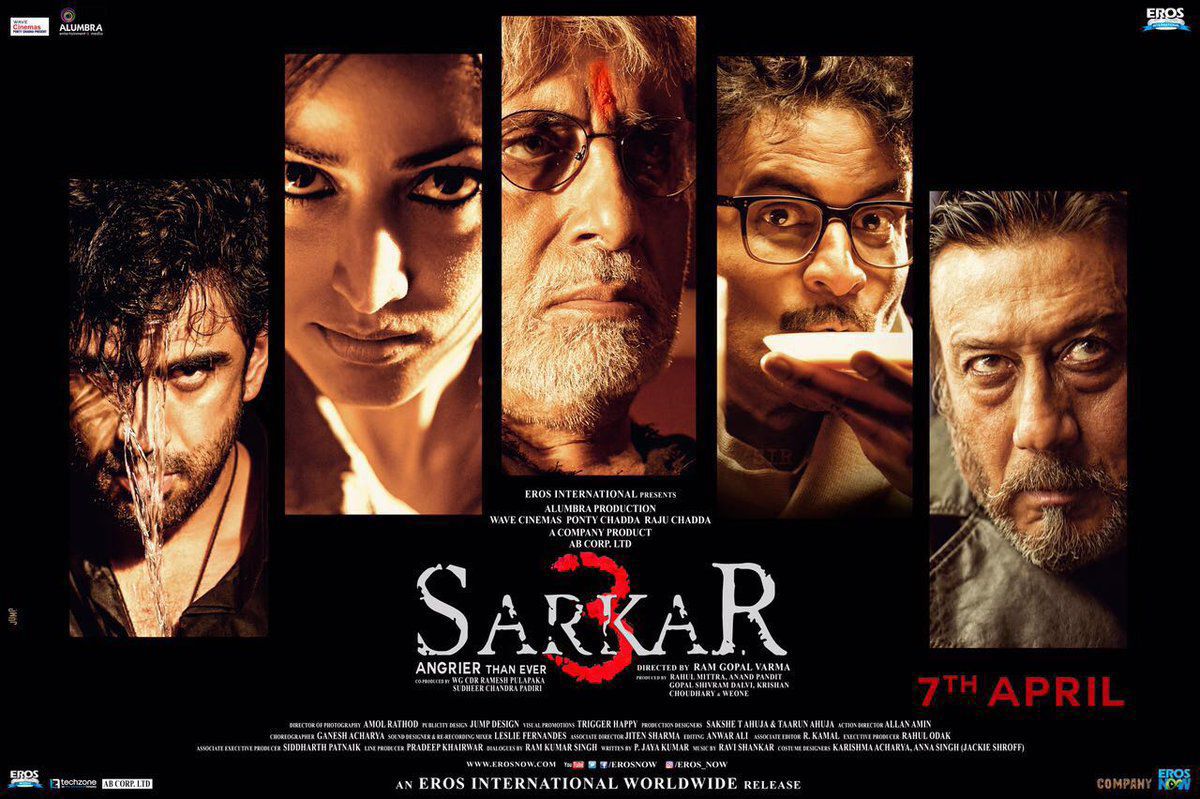 The poster of the film was released by Amitabh Bachchan himself on Twitter. He tweeted along with the poster, “Mujhe jo sahi lagta hai main karta hoon...Ye poster ‘sahi’ hai (I do what I think is right. This poster is right). ‘Sarkar 3’. It takes a lot to last three times over.”

In 'Sarkar 3', Big B will be seen reprising his role as Subhash Nagre. The film will also stars Rohini Hattangadi, Ronit Roy, and Bharat Dabholkar.

Big B released the poster and filmmaker Ram Gopal Varma introduced the lead characters of the film on Twitter. The trailer of ‘Sarkar 3’, a political thriller will be released today.