Republic of Singapore Navy's warship RSS Dauntless has joined the eight-day drill MILAN 2018 of sixteen navies from the region being hosted by the Indian Navy in the Sea of Andaman. 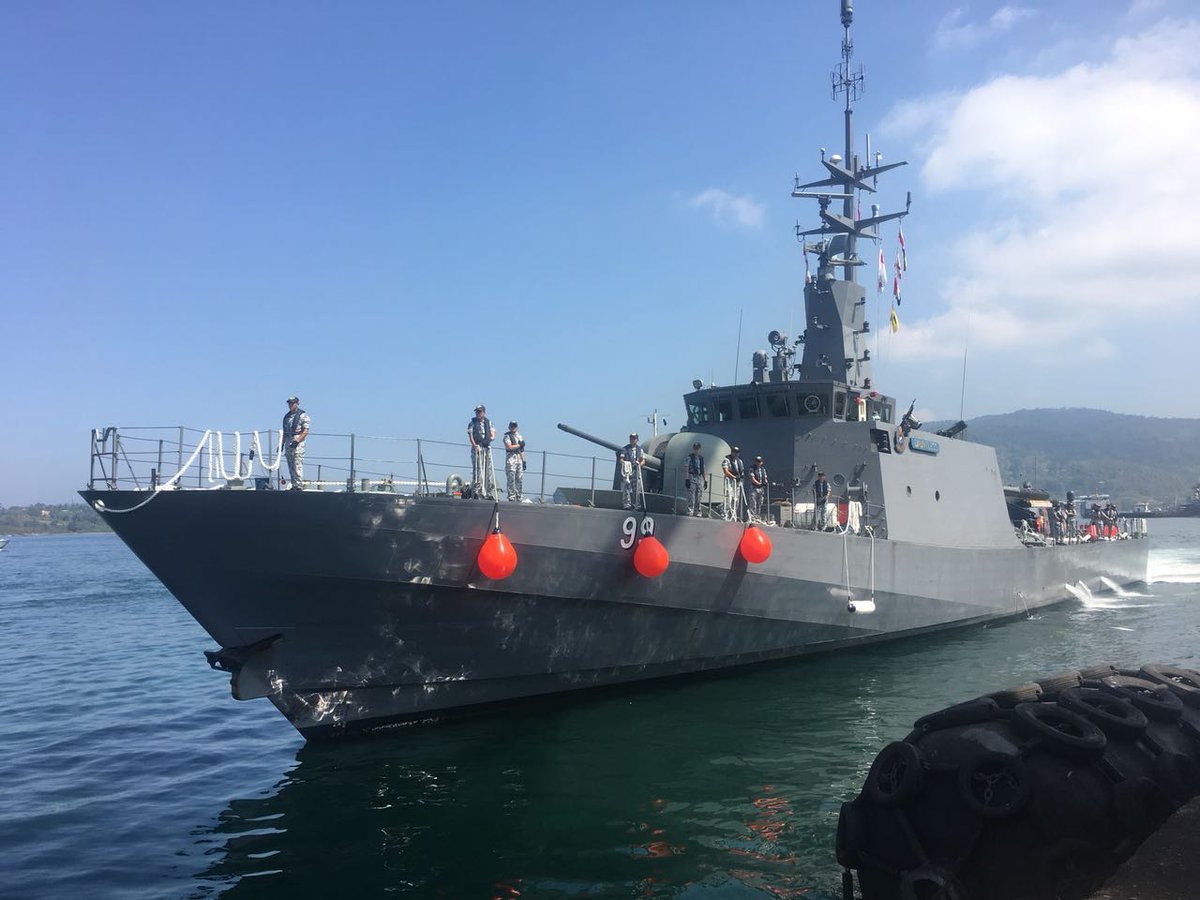 The 500-tonne Dauntless, commissioned in 1997, is a locally built Fearless-Class patrol vessel that packs 20 knots-plus speed with 30 crew aboard and is armed with rapid-fire 76 mm OTO Melara SRGM gun, Mistral Surface-to-Air Missile Typhoon Mk 25 Gun, and CIS 0.5” Machine Gun. The warship is waterjet-propelled instead of conventional propellers and is deployed for the coastal defence of Singapore.

The multinational mega event MILAN 2018 is a congregation of littoral navies conducted biennially by Indian Navy the Andaman & Nicobar Command of Indian Navy at Port Blair. 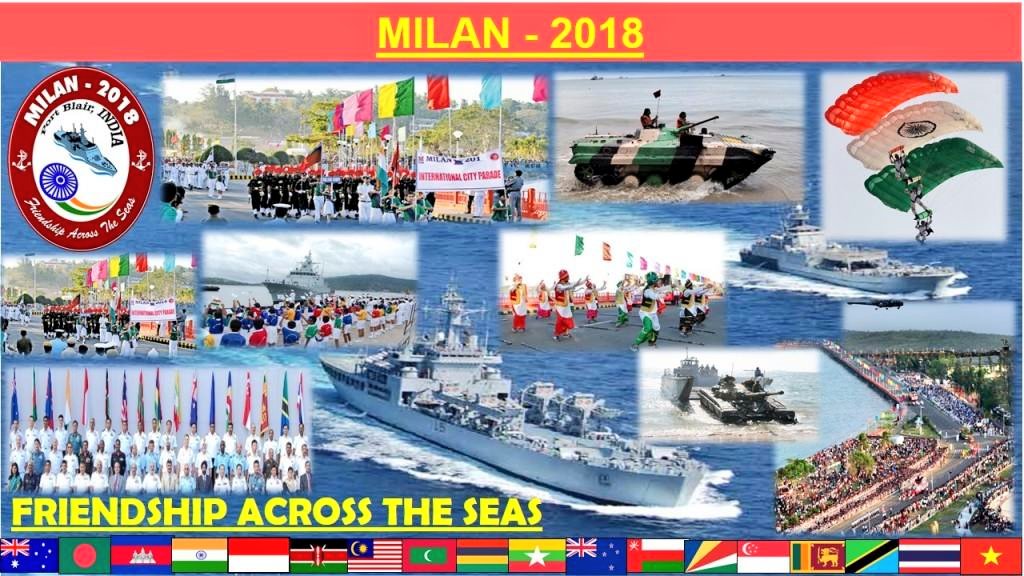 "Besides fostering cooperation through naval exercises and professional interactions, MILAN also provides an excellent opportunity to the participating navies to come together in a spirit of collaboration and mutual understanding to nurture stronger ties," Indian Ministry of Defence said in a statement.

This time Oman is a new entrant, participating for the first time in this exercise. Maldives pulled out of the drill citing sensitive security circumstances requiring the presence of forces in full strength back home. Indian Defence Minister Nirmala Sitaraman and Indian Chief of Naval Staff Admiral Sunil Lanba are expected to visit Port Blair for this international event.

Welcoming Dauntless joining the exercise, the Indian High Commission in Singapore called it "one more symbol of strong strategic partnership and maritime cooperation between India and Singapore."

MILAN is the second major drill besides Malabar Exercises which is held further north-west in the Bay of Bengal by India, the US, and Japan. Underscoring the importance of the drill, C Uday Bhaskar, defence and strategy expert and former Indian Navy commodore, said, "MILAN 2018 also marks the first multilateral naval exercise outside of Malabar. [There is] considerable symbolism in this initiative."

MILAN made modest beginnings more than two decades ago when it was first held in 1995. The first edition saw participation of four littoral navies. The event achieved strident success during the ensuing years owing to high standards of professionalism. The growing participation over the years bears testimony to the success of this multilateral initiative.

From an event of sub-regional context, MILAN has now grown into a prestigious international event and encompasses participation by maritime forces from not just the Bay of Bengal and South East Asia but the larger Indian Ocean Region. 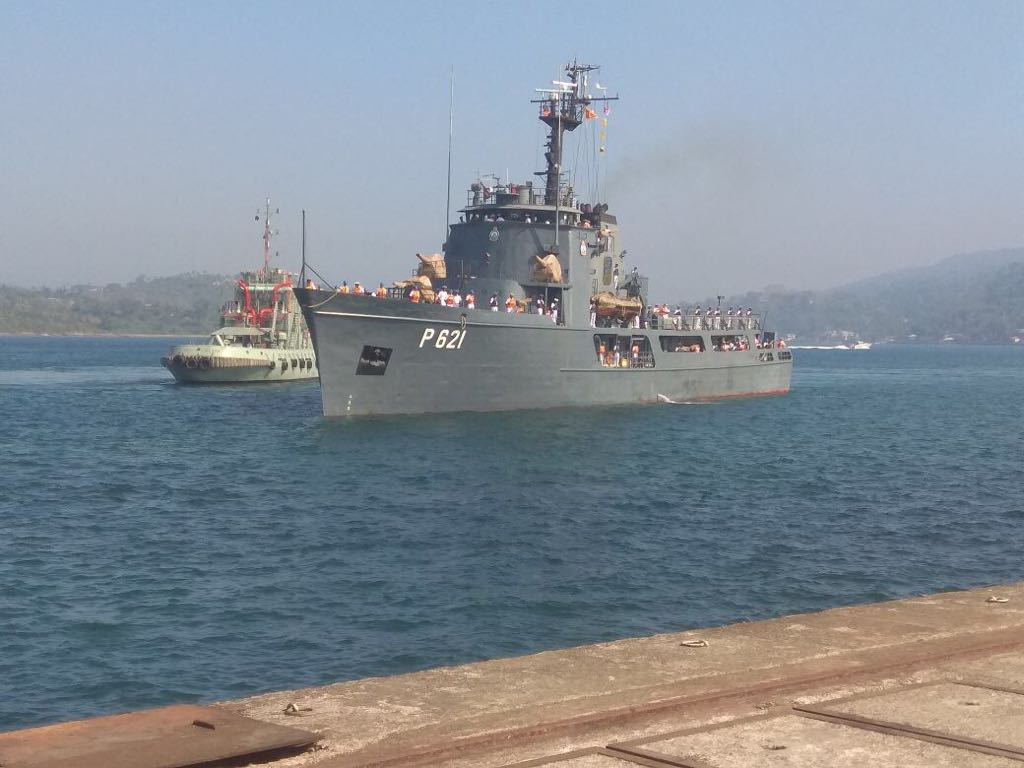 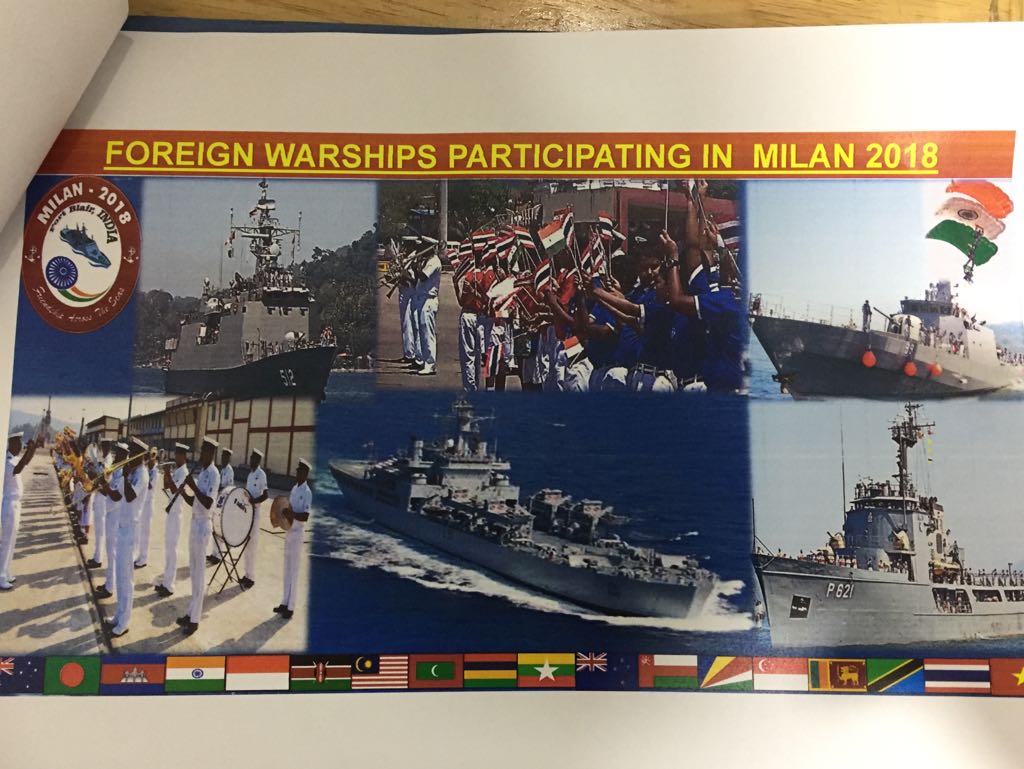 The theme this year is  'Friendship Across the Seas.' The drill will witness a diverse mix of professional exercises and seminars, social events and sporting fixtures. The interactions encompass sharing of views and ideas on maritime good-order and enhancing regional cooperation for combating unlawful activities at sea.

The theme of this year’s MILAN International Maritime Seminar is ‘In Pursuit of Maritime Good Order - Need for Comprehensive Information Sharing Apparatus.’ The inaugural address will be delivered by the Indian navy chief, besides presentations by eminent speakers. The social interactions planned include a display by bands of the Indian Navy and Indian Army, ship visits and colourful cultural evenings.  Several events will be open to the public including displays by a skydiving team, beating the retreat and naval continuity drill.

An International City Parade will be held along the Marina Park Road, with marching contingents from all participating foreign naval ships as well as the Indian Armed Forces.

The parade will include a flypast and aerobatic display by military aircraft and demonstrations of various military operations. Besides, visiting foreign ships will also be open for visits by school children and local public. The drill will culminate with Passage Exercise at sea by all participating naval ships. 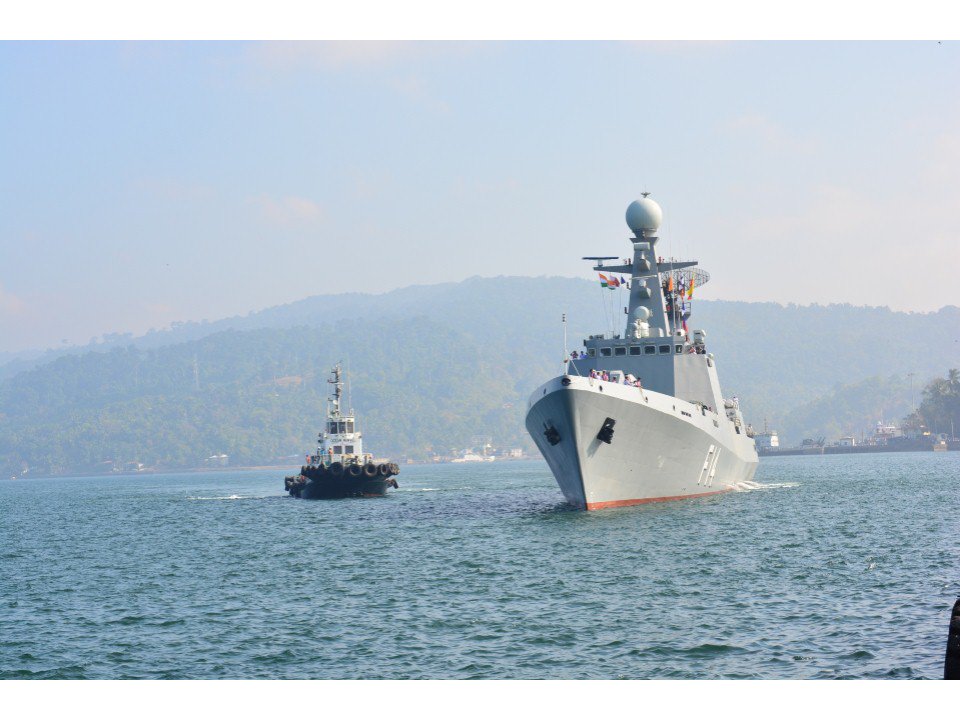 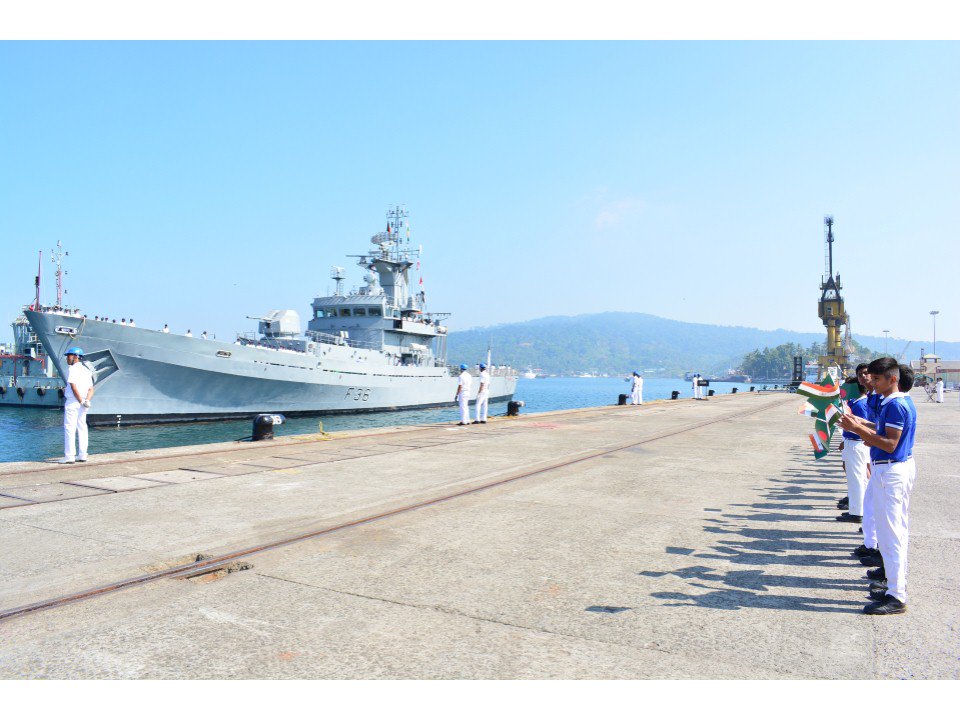 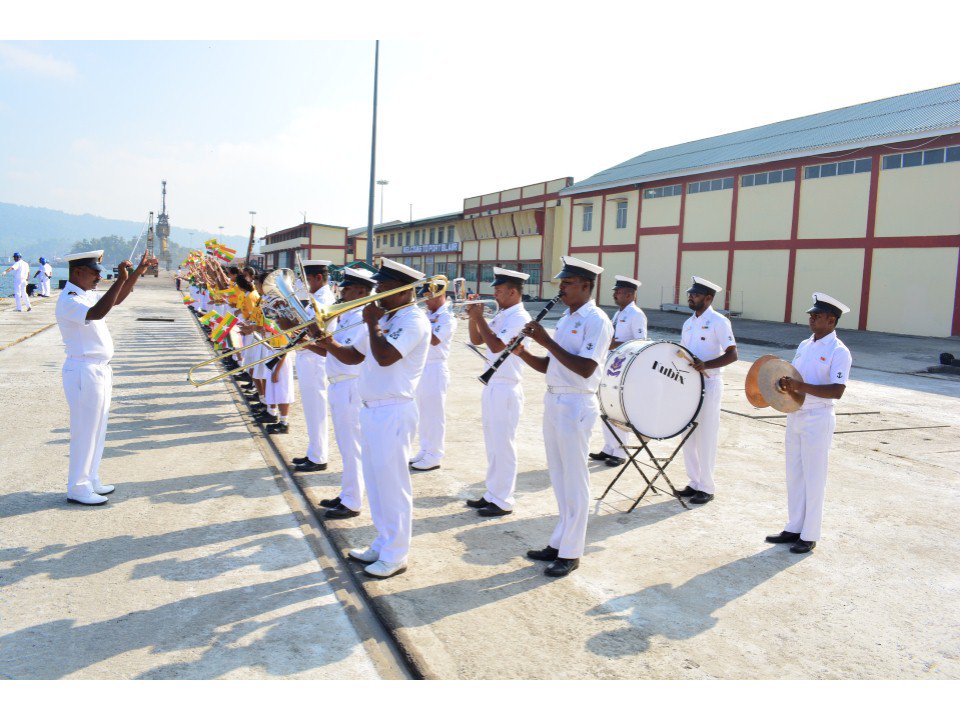 The exercise aims to showcase the rich heritage and pristine natural beauty of the Andaman and Nicobar Islands to the foreign visitors, the defence ministry said, expressing gratitude to  the Andaman & Nicobar civil administration for its "unflinching support and appeal to the public of Port Blair to reach out to the visiting navies and make their stay a memorable one."