Review: Masaba x 2 is double the fun with Neena Gupta

Real or reel Masaba, fact or fiction, a thought that will flit across your mind multiple times as you watch this especially as Netflix says that ‘Masaba Masaba is an Indian web television series based on the life of Masaba Gupta’. 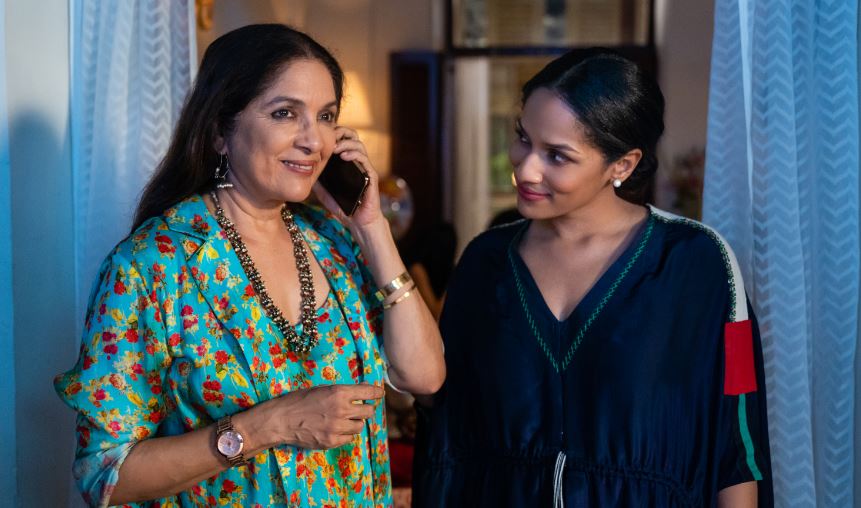 Masaba is so comfortable and confident in front of the camera that one can scarcely believe this is her debut as an actress. Photo Courtesy: Twitter/Netflix

Put that thought aside and enjoy this series as the mother-daughter duo Neena and Masaba Gupta play fictionalised versions of themselves with amazing self-awareness and self-deprecating humor.

The six-part series is a breezy watch and Masaba is so comfortable and confident in front of the camera that one can scarcely believe this is her debut as an actress.

The show features her life including her divorce and her love life; her family with equal reel-time given to her amazingly talented, award-winning mother Neena Gupta; her friends with no-holds-barred Gia (Rytasha Rathore) playing many of Masaba’s real-life friends rolled into one; and of course her successful career as a fashion designer. 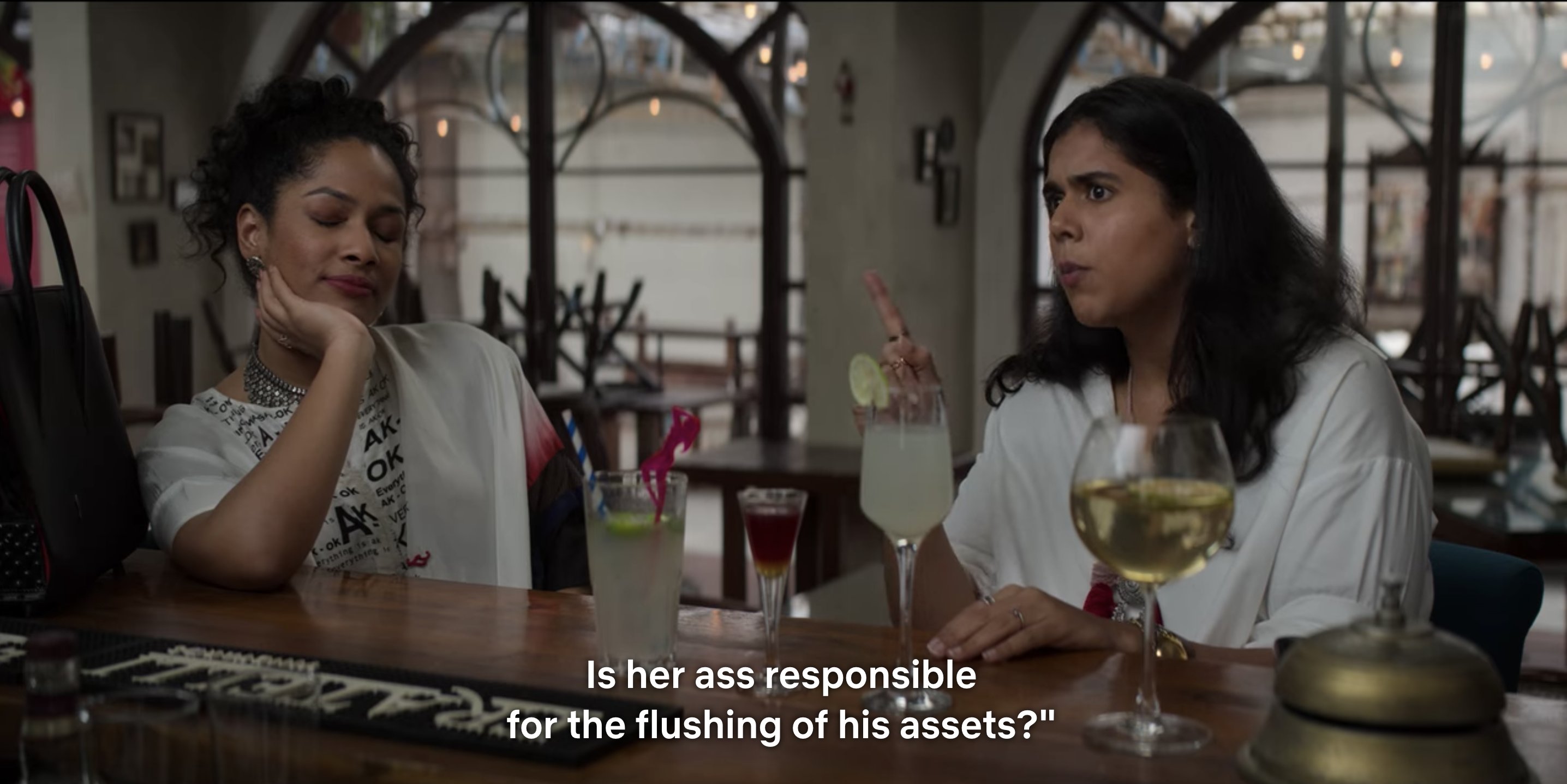 There is no dearth of straight talk in this series. In fact everyone seems to be doing it, shooting straight from the shoulder, and that is part of the reason why this series is likeable.

Masaba’s relentless investor Dhairya (Neil Bhoopalam) is all business and hot on her heels. A perfect anti-thesis to her lax, leisurely pursuit of fashion where creative juices flow when they flow.

The lack of emphasis on the difference in the status between employer and employee, such as Neena and Padma, Masaba and Gehna is refreshing.

The feisty, independent mother-daughter duo catch up on each other’s lives through Instagram posts and social media, but respond to it through one-on-one communication and affirmative action. That shows their bond.

Masaba with her unconventional birth and upbringing is deep down still a lost little girl and Amariah Awantaye interestingly pops up whenever she grows ‘down’.

Pooja Bedi as Masaba's therapist recommended by her friend Sonam is totally over the top and ridiculous. I wonder if the name ‘Jannat’, as well as some of her dialogue, is a tongue-in-cheek reference to that Bollywood celebrity wife.

The celebrity cameos are done by the celebrities themselves, are crisply edited and a total hoot. 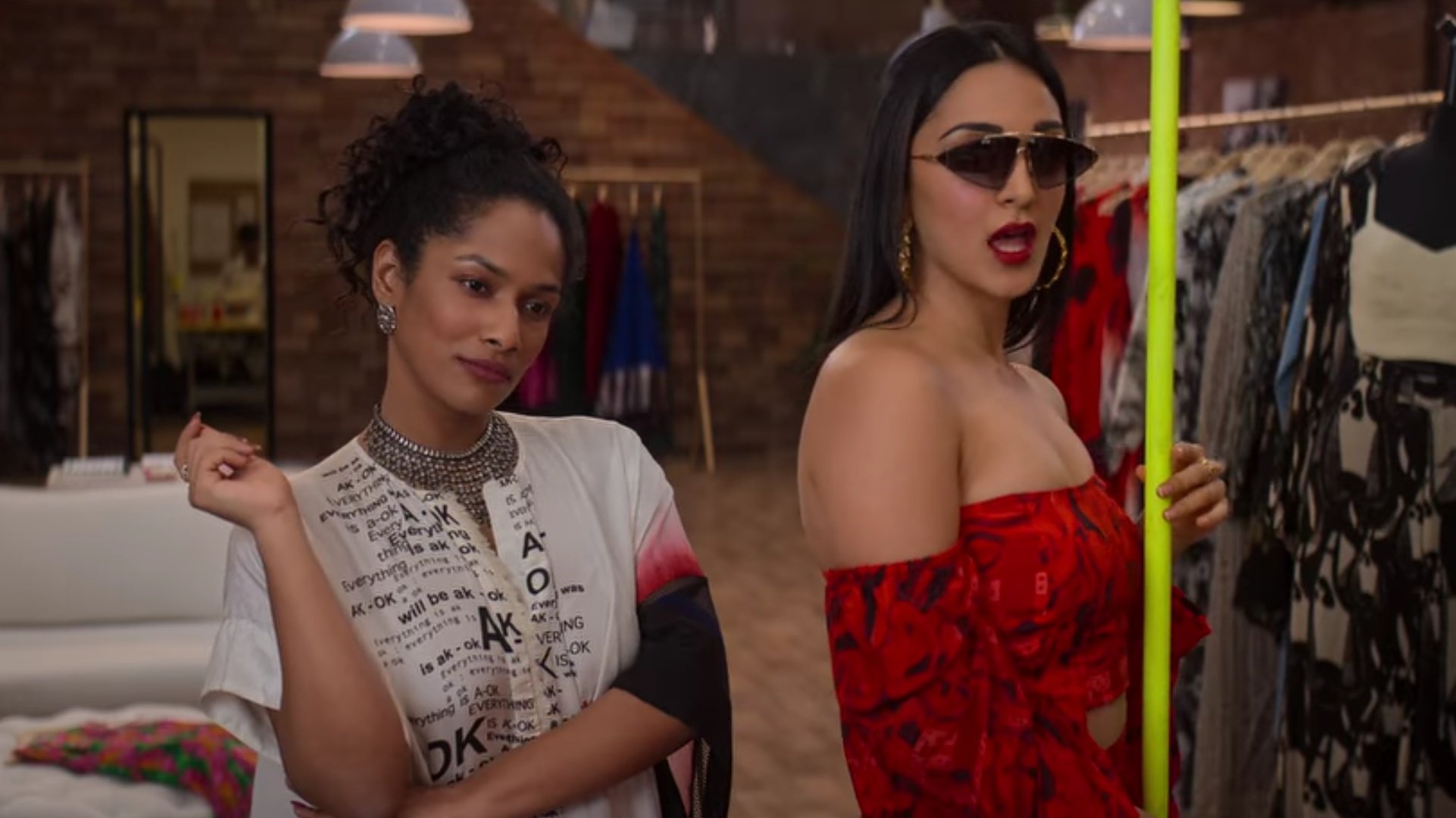 Kiara Advani makes a celebrity appearance as she shops for a designer oufit to wear while cleaning the streets for a Swachch Bharat Abhyan. Photo Courtesy: Twitter/ Netflix

Kiara Advani shopping for a designer dress, comes prepared with a broom to get that complete look for a Swachh Bharat Abhayan. Of course she and her team ensure that the paparazzi will be there.

Farah Khan craggy due to her intermittent fasting (she is aiming for a Sheila ki jawani body ala’ Katrina Kaif) and Malavika Mohanan as the show-stopper diva who breaks down before Masaba’s yacht-board fashion show feel believably real.

Shibani Dandekar as the American returned actress turned artist, whose ‘mother came in her dreams and asked to be birthed’, has sales tactics that would put used car salesmen to shame.

The added bonus is getting to see the vibrant, bold and beautiful collection from the House of Masaba throughout the series.

Kis kis ne binge kiya ?! Mazaa Aaya? Tell me in everything in the comments below!! #masabamasaba@NetflixIndia wearing my fav look from this collection and it’s now LIVE! pic.twitter.com/czlkXN5ePv