Rahul Dubey: The Indian-American man who turned hero for protesters in Washington DC 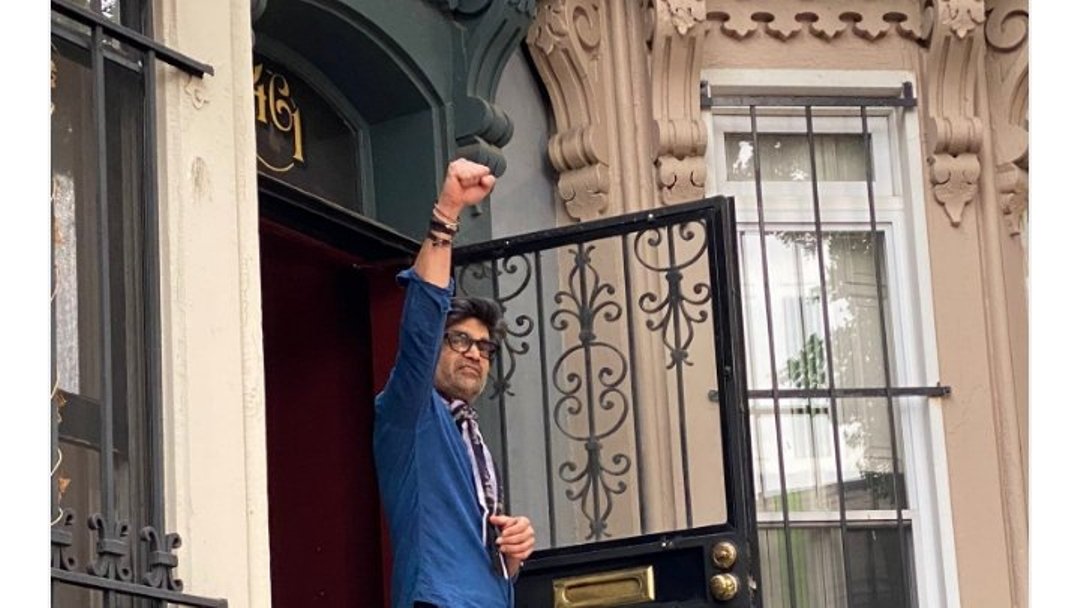 Indian-American Rahul Dubey sheltered over 60 protesters as they tried to escape cops who were pepper spraying them. Screenshot via Twitter

Rahul Dubey is a first generation American, whose parents came from India. He works in the field of healthcare innovation and is a 17-year resident of Washington DC. On Tuesday night, Rahul found his street flooded with thousands of protesters being pushed back, pepper sprayed and pinned down by the police. Without a second thought, Rahul opened the door of his home and ushered in and sheltered over 60 protesters, thus turning hero for demonstrators who had nowhere to go as the police attacked them.

This is Rahul. Rahul saved 62 DC protesters who were trapped for hours on his block by police. He allowed them to stay all night, fed them, gave them water, charged their phones, and most importantly kept them safe. This was no party, the police through pepper spray canisters pic.twitter.com/ZDpNkfXsoa

Speaking to NBC News, Dubey said, "I don't think there was even a choice in what I did, to be honest. The crowd just came racing through like a tornado... We had to keep the door open and just kept grabbing people and pulling them in. It's the same that you would if it's a storm, and you would have let anyone into your home, I know that."

Last night, DC resident Rahul Dubey housed 75 strangers escaping tear gas. They hunkered down together determined (with a little pizza) to avoid arrest. He shared his story with me. The line that keeps echoing in my ear?

"I fucking love this country." https://t.co/00YpKsORwy

Dubey not only provided refuge to the protestors but also gave many water and milk to ease their burning eyes due to the pepper spray, he continually made efforts to negotiate with the police outside his door to allow the protestors to leave, he charged many of their cell phones and even ordered them pizza.

"I hope that my 13-year-old son grows up to be just as amazing as they are."

Rahul Dubey opened his home to nearly 70 strangers overnight and sheltered them during D.C.'s curfew. He says our country needs people like THEM.

The United States has been rocked by protests for more than a week over the custodial death of George Floyd, an African-American man who died after a white police officer pinned Floyd down with his knee to his neck.

Protestors have taken to the streets all across the USA with many agitations turning violent due to the use of excess force by the police, including tear gas and pepper spray.

The protestors on Swann Street in Washington DC on Tuesday night were out past curfew time when Dubey gave them refuge from the police. Some of the protestors he sheltered posted their messages of appreciation on Twitter, thanking him for providing them a space to hunker down till the morning after the curfew ended.

They shot mace at peaceful protesters is a residential neighborhood. The man who took us in is named Rahul Dubey. He gave us business cards in case they try to say we broke in. pic.twitter.com/gKzmrvCa75

MPD promised that no one would get arrested if they ordered food for the hungry protesters trapped inside but now cops are refusing to let the driver deliver the food.

Here is the resident of the house who voluntarily took in the protesters negotiating with police for food. pic.twitter.com/2X8iQgztu4