Adding another feather to its cap, Zindagi’s original desi-noir anthology Qatil Haseenaon Ke Naam bagged a prestigious Asian Academy Creative Award in 2022 for the Best Anthology at the awards ceremony in Singapore. Prior to this, the show emerged as a National winner among other Indian nominees in the category.

The series competed alongside eight other countries at the grand awards ceremony held in Singapore. 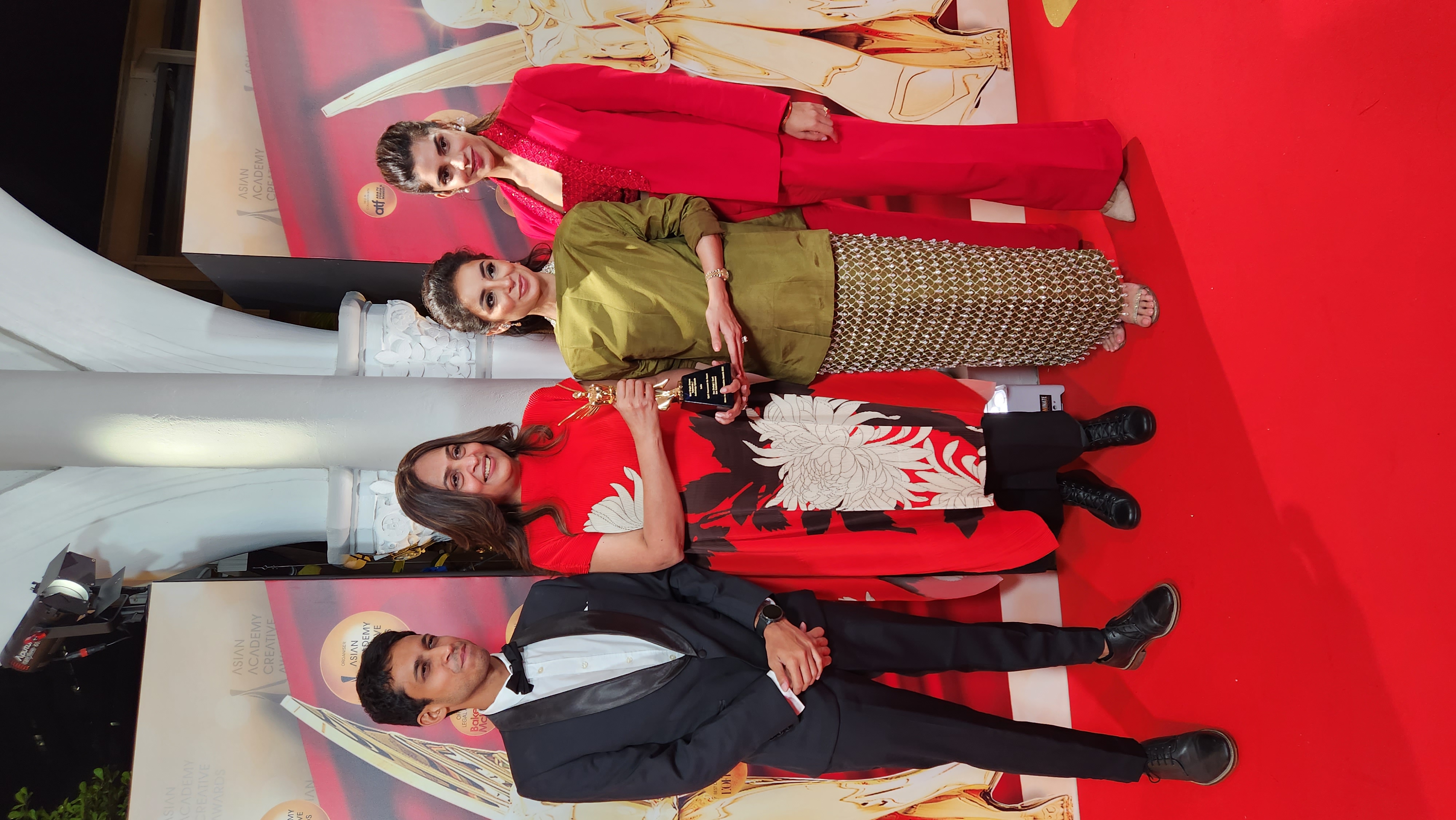 Qatil Haseenaon Ke Naam is a testament to the fact that a thought-provoking story, impeccable talent and a great creative team from across the borders (India and Pakistan), churns out a winning combination. The show has indeed made a mark for itself at an international platform, an official statement read.

Archana Anand, Chief Business Officer, ZEE5 Global said, "At ZEE5 Global, it is our constant effort to bring alive powerful stories that give our global viewers a look into modern-day South Asia, and ‘Qatil Haseenaon Ke Naam’ is one such powerful narrative. While the show has been loved by audiences globally, we are now thrilled that it has further been recognised at a key forum like the Asian Academy Creative Awards 2022.”

Expressing her gratitude and excitement, actor Sanam Saeed said, “Audiences have accepted the show, across the globe with open arms and I am overjoyed to witness the recognition the show has received today. Representing India and Pakistan at this prestigious international platform and winning the award, just encourages us as artists to perform better and walk the extra mile to deliver content that is unique and inspiring. Collaborating with Shailja Kejriwal and director Meenu Gaur was indeed a creatively enriching experience and I am glad that this union has given us a show we will cherish.”

Talking about her experience and the winning moment, actor Sarwat Gilani said. “Qatil Haseenaon Ke Naam is a story that has resonated with many women and we are thankful for the love and appreciation the series has received globally. I would like to thank Zindagi, Shailja Kejriwal and director Meenu Gaur for staying true to their vision and giving us the opportunity to deliver these powerful and layered characters.”

Shedding light on this achievement and her vision, Creator & Director Meenu Gaur said, “Our aim with the show was to let women protagonists take charge of the storytelling. Collaborating with Zindagi and Shailja was just what this quirky, feisty feminist noir show needed. Together with and on behalf of the entire cast and crew we would like to thank the Asian Creative Academy for this honour.”

Chief Creative Officer, ZEEL - Special Projects, Shailja Kejriwal said, “When our stories strike a chord with the audiences across the globe, we see our vision of bridging the cultural gap between both the nations move one step closer. Representing the larger South-Asian diaspora through our content, we at Zindagi have always made the efforts to collaborate with creators and directors who are keen to shed light on such stories.”

Written by Farjad Nabi and Meenu Gaur, the show is set in a neighbourhood rife with secrets and gives a glimpse into what happens when women decide to take charge of their destiny and do not bend the knee in front of any societal situations. The series features an eclectic ensemble cast including Sanam Saeed, Sarwat Gilani, Samiya Mumtaz, Faiza Gillani, Mehar Bano, Beo Raana Zafar, Eman Suleman, Saleem Mairaj, Ahsan Khan, Osman Khalid Butt and Sheheryar Munawar.