Punjab Chief Minister Amarinder Singh yesterday exhorted NRI youths from England, who are in Chandigarh on a visit under the ‘Connect with Your Roots’ (CYR) programme, to dispel any misconceptions about the state in the minds of the Punjabi diaspora back home. 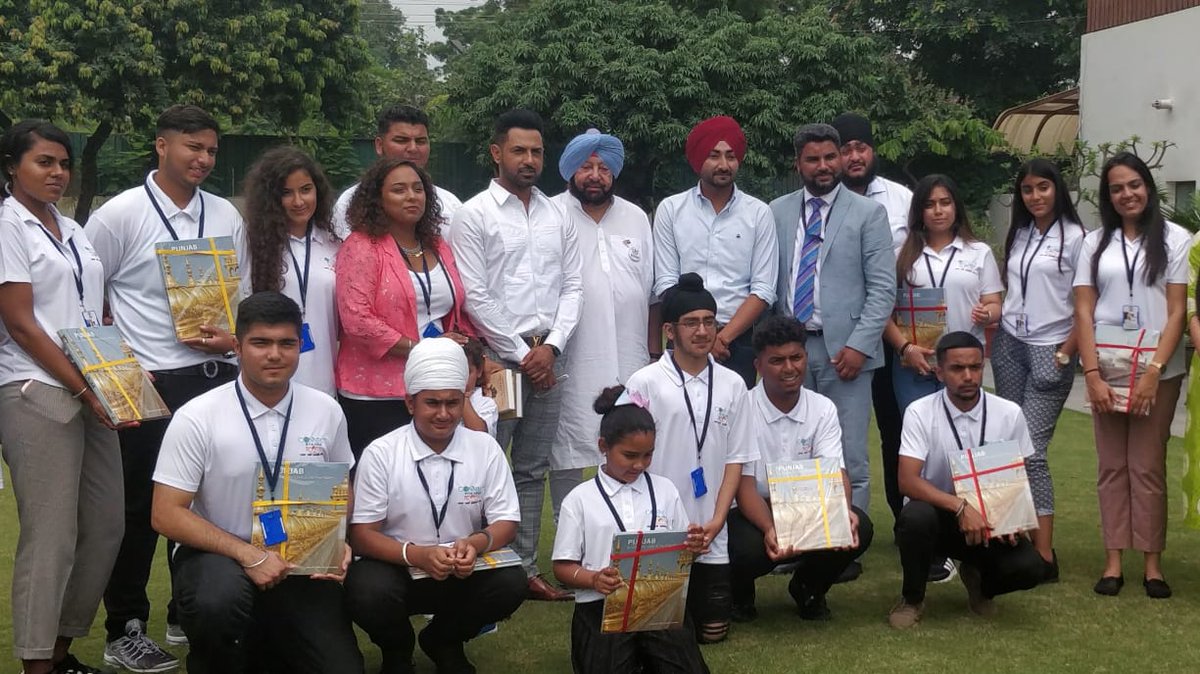 According to an official release, he was interacting with a group of 14 youths who are here on a 10-day visit to different parts of Punjab over lunch during the state-level Independence Day celebrations in Ludhiana.

He urged the youngsters to convey to the diaspora that the people in Punjab are living in a peaceful atmosphere, contrary to what is being projected by some mischievous elements.

“They can now judge the difference between the perception created by some anti-Punjab elements settled abroad, including Sikh for Justice (SFJ) leaders, who were bent on tarnishing the image of Punjab and Punjabis (and) to promote secessionism amongst the peace-loving Punjabis in a bid to destroy the state’s hard-earned peace and communal harmony,” he said.

SFJ is a separatist Sikh organisation behind ‘Referendum 2020’, a campaign that seeks to garner support to demand a separate state for Sikhs.

The delegation of NRI youths, which visited different parts of the state from August 7 to 16, comprised eight boys and six girls, all in the age group of 16 to 22. They visited religious and historical places in Jalandhar, Patiala, Ludhiana, SBS Nagar, Faridkot and Mohali districts to acquaint themselves with Punjab’s glorious culture and heritage.