Commemorating 70 years of India’s and Pakistan’s Independence, Project Roop Kaur, a theatrical production, is set to presents the oral narratives of women during the 1947 Partition. Directed by Dr Edmund Chow (Theatre Incorporate), this theatrical performance comprising a cast of 15 Indian women based in Singapore will take place on August 11, 12 and 13, 2017 at 7:30 pm at an outdoor space located at 75E Loewen Road, Singapore 244845.

One of the 15 women who make up the cast, Gauraangi Chopra, said, "To be able to bring these stories to life is an overwhelming process and very close to my heart."

The objective of the theatrical production is to give voice to the unknown stories of women during the 1947 Partition and to raise awareness about the consequences of violence on (as well as redemptive acts by) children and adults in India and Pakistan. The cast researched their personal family histories, as well as collected stories of real women during the time.

Another cast member, Veena Puthran Bangera shared her motivation for joining the cast. "In August 2007, I saw a documentary about the Partition. That is when I was exposed to so many heart-wrenching stories on both sides of the Line of Control. When I heard about the auditions of Roop Kaur, I thought it was the best opportunity for me to get involved and present it to the world."

Set in a rural village in Atari, the play begins with the women waking up to celebrate Vaisakhi, an important Punjabi Harvest Festival. One woman decides not to celebrate the festivities since the collective memory of the tragedies which took place during the partition is still very raw. The women are compelled to take sides on remembering the past versus moving on. When a stranger intrudes into their space, the women discover they share similar fates, destinies and identities, as their stories during the partition are revealed. 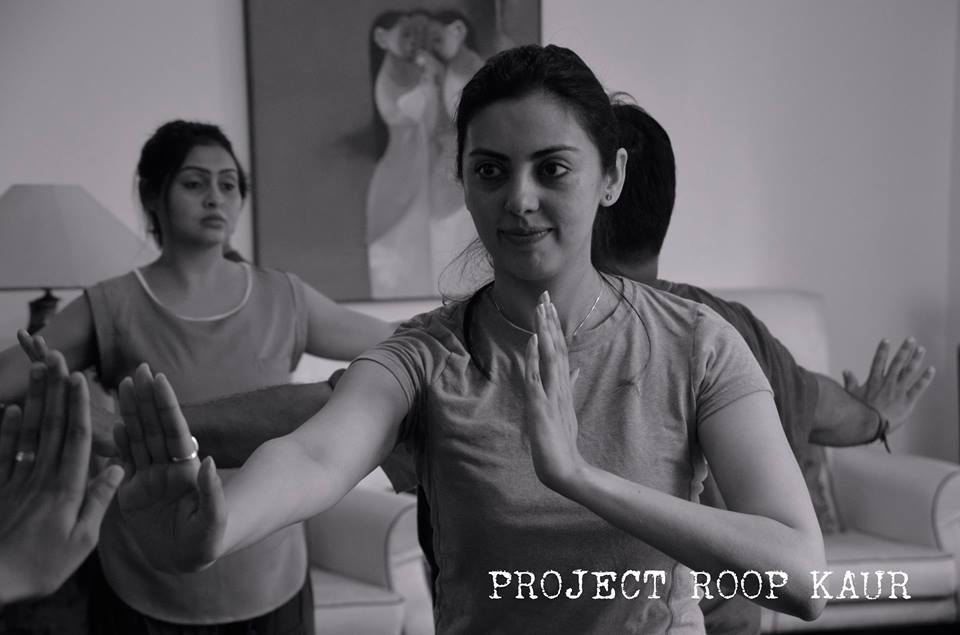 Ambreen Hamza concentrating on doing some of the mirror exercises that the Director, Edmund Chow, has instructed. Photo Courtesy: Project Roop Kaur

Tickets are available for purchase at the official website here.