Tory Member of Parliament (MP) Priti Patel is Britain's first Indian-origin Home Secretary and among three Indian-origin members in the newly-unveiled Boris Johnson Cabinet. The ardent Brexiteer was among the most persistent critics of Theresa May's Brexit strategy.

Rishi Sunak, the son-in-law of Infosys co-founder Narayana Murthy, is the new Secretary of the Treasury and former minister of state for employment Alok Sharma has moved up to Secretary of State for International Development in what Indian-origin peer Lord Jitesh Gadhia has hailed as "a seriously desi Cabinet". 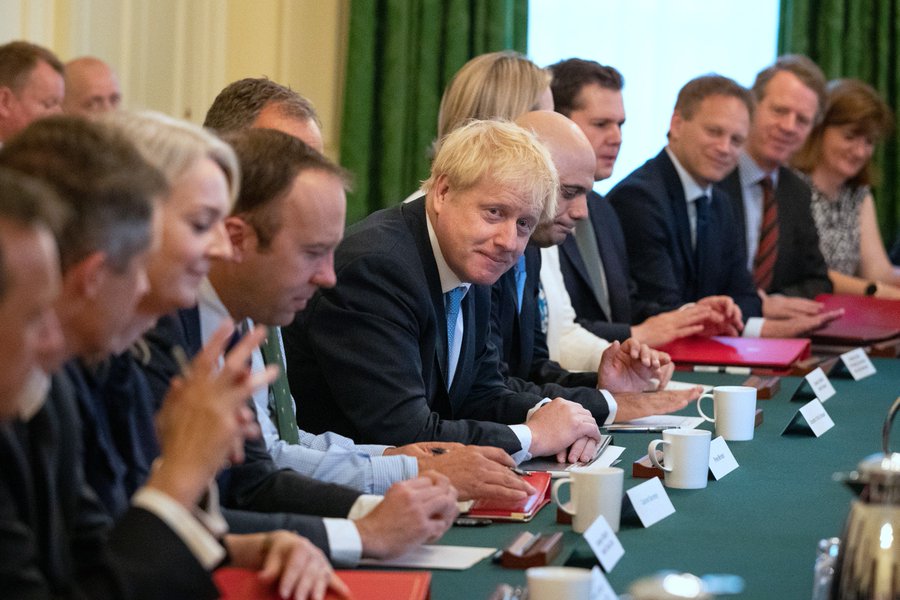 Patel had been a prominent member of the 'Back Boris' campaign for the Conservative Party leadership and was widely tipped for the plum post in his frontline team.

"With Boris Johnson leading the Conservative Party and as Prime Minister, the United Kingdom will have a Leader who believes in Britain, will implement a new vision for the future of the country and a roadmap to move forward and thrive as a self-governing nation that re-establishes our ties with our friends and allies around the world such as India," she said after Johnson won a landslide victory in the Tory leadership contest this week.

She was one of the most vocal Vote Leave campaigners in the lead up to the June 2016 referendum in favour of Britain's exit from the European Union (EU).

The Gujarati-origin politician is also seen as an avid supporter of Prime Minister Narendra Modi in the UK.

As a member of the UK Parliament's influential Foreign Affairs Committee (FAC), she was part of the team that recently released its damning report warning that the UK was falling behind in the race to engage with India at the end of a lengthy Global Britain and India parliamentary inquiry.

The Rt Hon Priti Patel @patel4witham has been appointed Secretary of State for the Home Department @ukhomeoffice pic.twitter.com/O5PCExDg8O

The 47-year-old was first elected as a Conservative MP for Witham in Essex in 2010 and gained prominence in the then David Cameron led Tory government as his Indian Diaspora Champion.

She went on to be appointed to junior ministerial posts, Treasury minister in 2014 and then Employment Minister after the 2015 General Election before Theresa May promoted her to Secretary of State in the Department for International Development (DfID) in 2016 until she was forced to resign the post in 2017 amid a scandal over allegedly failing to disclose meetings with officials in Israel without informing the UK Foreign Office.