A total of eight artists were conferred two cultural medallions and six young artists awards, for their contribution to the development of Singapore’s arts and cultural scenario.

The Cultural Medallion and Young Artist Awards (CMYAA) exemplify Singapore’s importance about arts and also inspire them to elevate their art-making to impact more lives and build up the country’s international standing as a home for the arts. 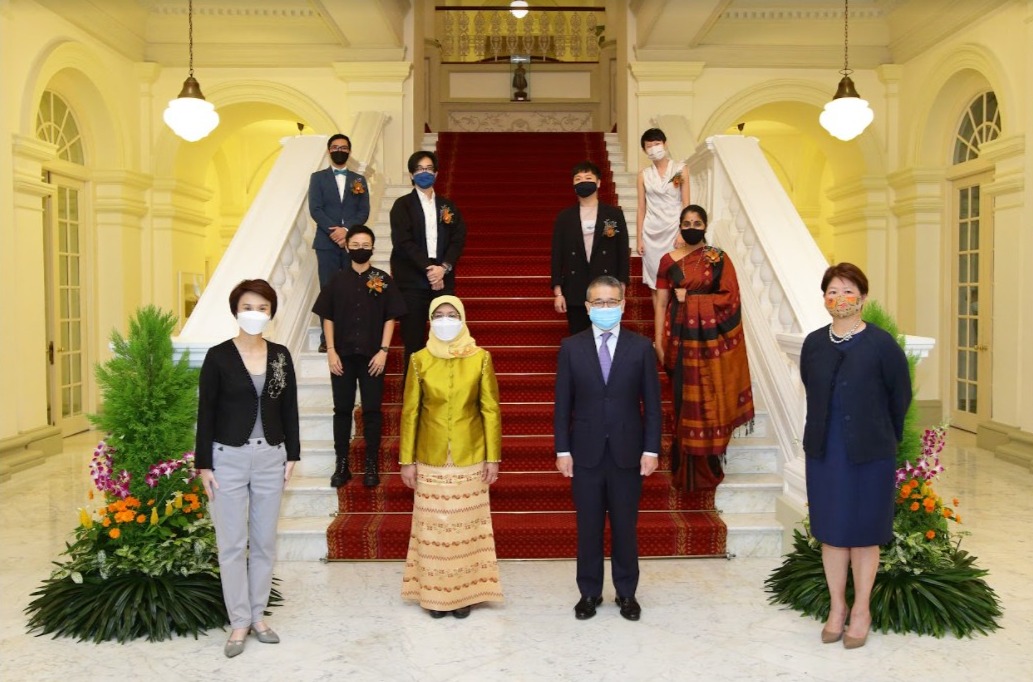 The distinctions were presented to both 2021 and 2020 recipients at the Istana by Singapore President Halimah Yacob.

President Halimah Yacob said, "I commend the recipients for their indelible contributions and commitment to their craft. The Cultural Medallions and Young Artist Awards celebrate new peaks of artistry and creativity that will inspire future possibilities in the arts scene. This year’s recipients have explored novel forms of artistic expression, and their work will leave a lasting impact on the community.”

Established in 1979, the Cultural Medallion recognises individuals whose artistic excellence, as well as contributions and commitment to the arts, have enriched and shaped Singapore’s cultural landscape.

Individuals conferred with Singapore’s top arts accolade have made significant strides locally and internationally, displayed extraordinary leadership and inspired younger artists. Now in its 42nd year, the Cultural Medallion has been conferred to a total of 130 artists across various disciplines.

Novelist Chia Joo Ming is widely recognised for writings with a distinct Singaporean character, drawing upon our historical developments, unique multicultural background, the colloquial language and themes from everyday life which resonate with a wide range of readers. The 1993 Young Artist Award recipient and three-time Singapore Literature Prize winner published 12 books over his 40-year career that have received much local and international acclaim.

Notably, his novel m40 was selected as one of the Top 20 Novels (2001 - 2015) featured in Taiwan’s Literary Magazine, Wen Hsun (文讯), in 2016. Exile or Pursuit (放逐与追逐) has also been selected as a key text by the Ministry of Education for the Singapore-Cambridge General Certificate of Education Ordinal Level (GCE O-Level) Literature in Chinese Syllabus in 2018. The publishing of an English-language translated novel further reinforces his growing influence as a writer. Spearheading the literary section in Lianhe Zaobao (联合早报) twice in his career, Joo Ming initiated activities to bring the local literary scene to the fore such as Zaobao Book Choice (早报书选) and Literary Phenomena: A Collection of Lianhe Zaobao Literary Writings (文字现象).

Veteran singer and performer Rahimah Rahim’s versatility to take on a wide range of genres from Pop to Jazz, Ballads, and traditional music, coupled with her ability to sing in languages such as English, Malay, Mandarin, and Japanese, have made her recognisable as an icon of local Malay music. Rahimah’s journey to international recognition and standing began when she clinched the top prize in Japan’s prestigious Kimi Koso Star in 1974. She has since released 12 solo albums and multiple Extended Plays (EPs) and represented Singapore at many regional and international platforms such as the Golden Bell Awards, Taiwan (1981) and ASEAN Song Festival, Singapore (1982), performing multi-lingual hits alongside notable singers.

For her contributions to the local arts and entertainment scene, Rahimah was inducted into the 2017 Singapore Women’s Hall of Fame by the Singapore Council of Women’s Organisation. Rahimah inspires and shares her musical knowledge with the local community, offering vocal coaching at non-profit organisation WINGS and presenting for not-for-profit social enterprise Vintage Radio SG.

Instituted in 1992, the Young Artist Award aims to encourage young practitioners aged 35 and below at the point of nomination to continue in their pursuit of artistic excellence, and recognises their potential for greater leadership roles in Singapore and overseas. 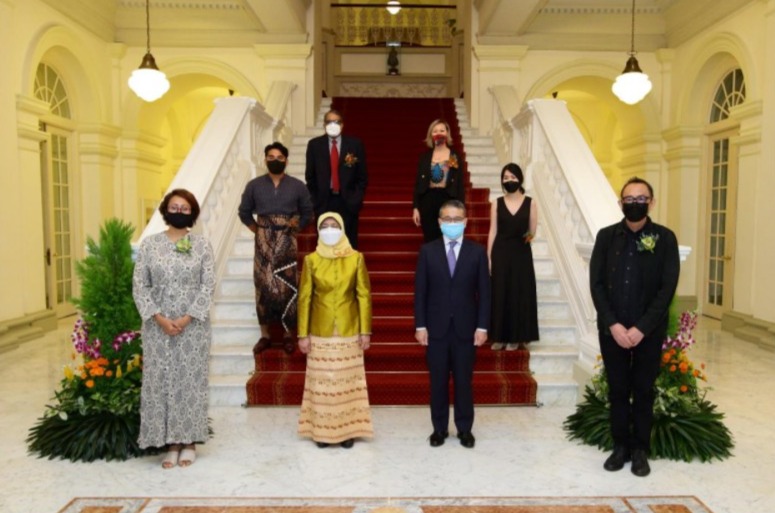 Six artists are recognised this year for their continued excellence in their respective fields of theatre, filmmaking, dance, visual arts, and music, adding to a total of 169 recipients as of 2021. Beyond their boundary-pushing works recognised at home and abroad, this year’s Young Artist Award recipients exemplify a passion for sharing their craft with fellow practitioners and budding artists, taking on active mentorship roles to nurture and inspire interest for their arts genres in schools and the community.

Minister for Culture, Community and Youth and Second Minister for Law, Edwin Tong, said, "The arts is an integral part of our society and has played an important role in building Singapore’s multicultural identity over the past decades. As we commemorate 30 years since the inception of the National Arts Council this year, we celebrate our artists who have contributed to our vibrant arts ecosystem that we enjoy today.

Beyond the pursuit of excellence in their craft, the Cultural Medallion and Young Artist Award recipients also give back to the community by sharing their expertise and knowledge with aspiring and younger talents in the scene. This is a testament to our local artists’ dedication in further developing the sector, showcased through the diverse arts and cultural milieu we have today. We celebrate their achievements as they bring Singapore’s cultural identity to new heights."

In addition, to recognise the contributions of artists, NAC is working alongside government agencies and cultural institutions to document, profile, and support the continued endeavours of our artists in commemorating the legacies of past and present Cultural Medallion recipients. These efforts include the new showcase on our Cultural Medallion recipients at The Arts House, which launches on November 26.

Complementing efforts on the showcase, Singapore Online Arts Repository (SOAR), a national digital repository with the National Library Board that supports the documentation of arts content, including the works of Cultural Medallion recipients, will be released to the public in phases.