Power needs to get out of the way of progress, says Shahrukh in Davos

Winner of the Crystal Award in Davos for his work with acid attack victims in India, Superstar Shahrukh Khan called himself undeserving of this award. He said this honour belongs to the courage and bravery of the women attacked, and this is the first time in his career that he’s getting an award for someone else's work. 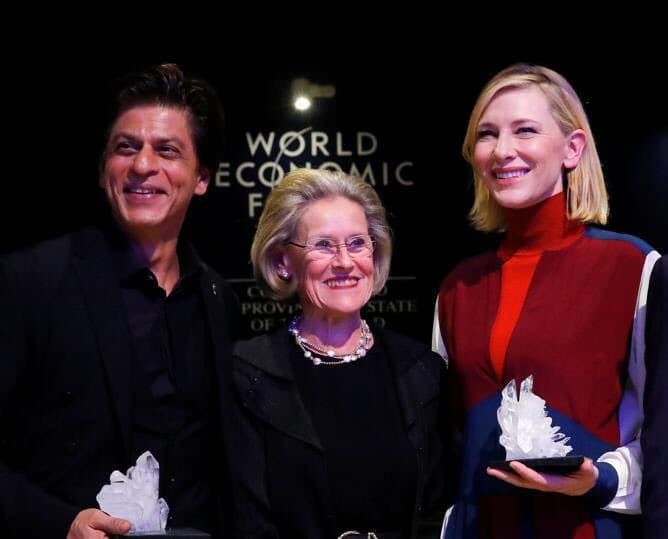 During his one-on-one session, An Insight, An Idea, Shahrukh again reiterated that the powerful should get out of the way for the world to be more equal. Shahrukh’s work with Meer Foundation is something not many in India even knew of before yesterday.

Away from the glare of the cameras, SRK and his foundation are working with around 400 acid attack victims, and King Khan has big plans to make a difference in the lives of these girls by not only giving them proper medical treatment but working on their rehabilitation.

The erudite and sagacious Badshah of Bollywood also praised PM Modi’s speech in Davos and said the current government’s initiatives like beti padhao, beti bachao (Teach your daughters, save your daughters) and Make in India are commendable.

Watch the complete session of Shahrukh Khan at the World Economic Forum in Davos below: