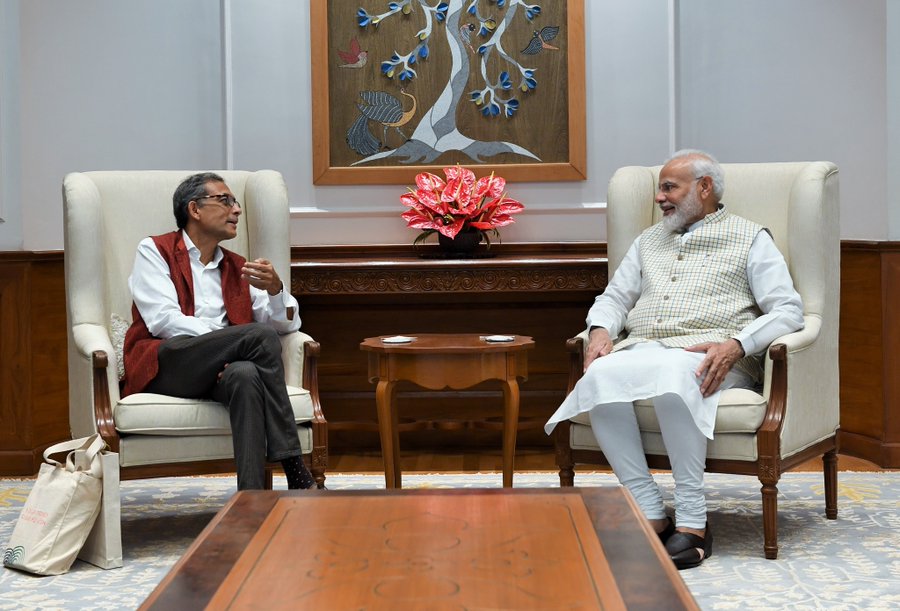 “Excellent meeting with Nobel Laureate Abhijit Banerjee. His passion towards human empowerment is clearly visible. We had a healthy and extensive interaction on various subjects. India is proud of his accomplishments. Wishing him the very best for his future endeavours,” Modi tweeted, sharing a photo of him and Banerjee.

Banerjee and his wife are visiting India following their Nobel win, along with noted economist Michael Kremer, "for their experimental approach to alleviating global poverty". Banerjee will next set out on a two-day visit to his paternal home in Kolkata to visit to his 83-year-old mother.

The meeting with PM Modi comes after Banerjee had last week been criticised by BJP leaders for his comments that the Indian economy is on “shaky ground”. Union minister Piyush Goyal had dubbed JNU alumnus Banerjee as left-leaning, saying, “Abhijit Banerjee won the Nobel prize, I congratulate him. But you all know what his understanding is. His thinking is totally Left-leaning. He had praised the NYAY scheme effusively, but the people of India totally rejected his thinking."

Banerjee was one of the economists who had helped Congress develop its 2019 Lok Sabha election promise of the Nyay scheme in which Rahul Gandhi had promised a minimum income support for the economically weaker section.

The 58-year-old Nobel laureate had responded to Goyal’s criticism by telling Indian media outlets that the commerce minister was "questioning my professionalism".