'Forging Media and Entertainment Partnerships to showcase India@75' was the objective of the 4th Pravasi Bharatiya Divas (PBD) Conference in the run up to PBD 2021.

The panel discussion was inaugurated by Dr S Jaishankar, External Affairs Minister, Govt of India with a focus on forging partnerships, reaching the target audience, promoting brand India, synergising art and culture and the power of youth along with viable media networks in India and overseas to  celebrate India@75.

Organised by the Ministry of External Affairs, Government of India, Minister Dr. S. Jaishankar said at the outset that instead of regarding online events as a compulsion of the COVID-19 pandemic times, we all should embrace it as an outcome of a different era.

“Even as life becomes better, such digital engagements may be pursued for their inherent value and efficiency”, the Minister said.

Pravasis are our extended family who live abroad but remain connected through heart and soul, he said about the Indian diaspora abroad.

The sentiments towards this family were tested and resulted in the largest repatriation exercise of 3 million back to India and many pravasis in India back to their country, he added.

“The perception of a country in the international community is also shaped by its cultural and behavioural attributes”, he said while touching on the relevance of Soft Power.

Speaking of the country's soft power the Minister of External Affairs spoke about the Indian entertainment industry, music, dance, and cuisine which are part of our civilisation heritage. 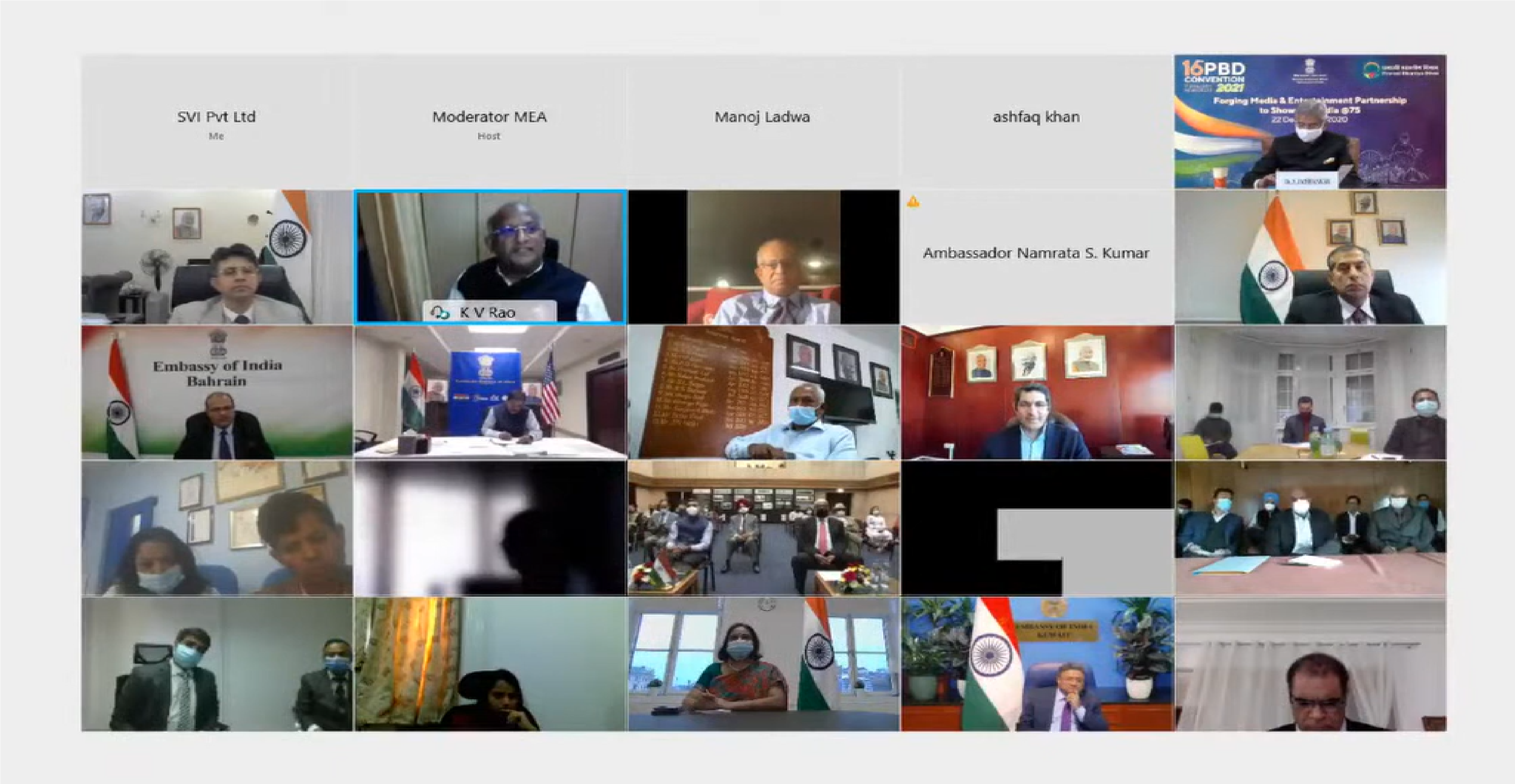 KV Rao Resident Director – ASEAN at Tata Sons Ltd and President of the Singapore Indian Fine Arts Society (SIFAS) was one of the panelists who presented his views. Screengrab from the event

Dr. S. Jaishankar said that the role of the Indian diaspora across the globe is key in getting the message about India@75 out to the world.

Speaking in the panel discussion were six eminent personalities from the media and entertainment sectors of Australia, Oman, Singapore, South Africa, Sri Lanka and the United Kingdom.

Many more connected through their embassies and spoke during the Q & A session.

KV Rao Resident Director – ASEAN at Tata Sons Ltd and President of the Singapore Indian Fine Arts Society (SIFAS) was one of the panelists who presented his views. 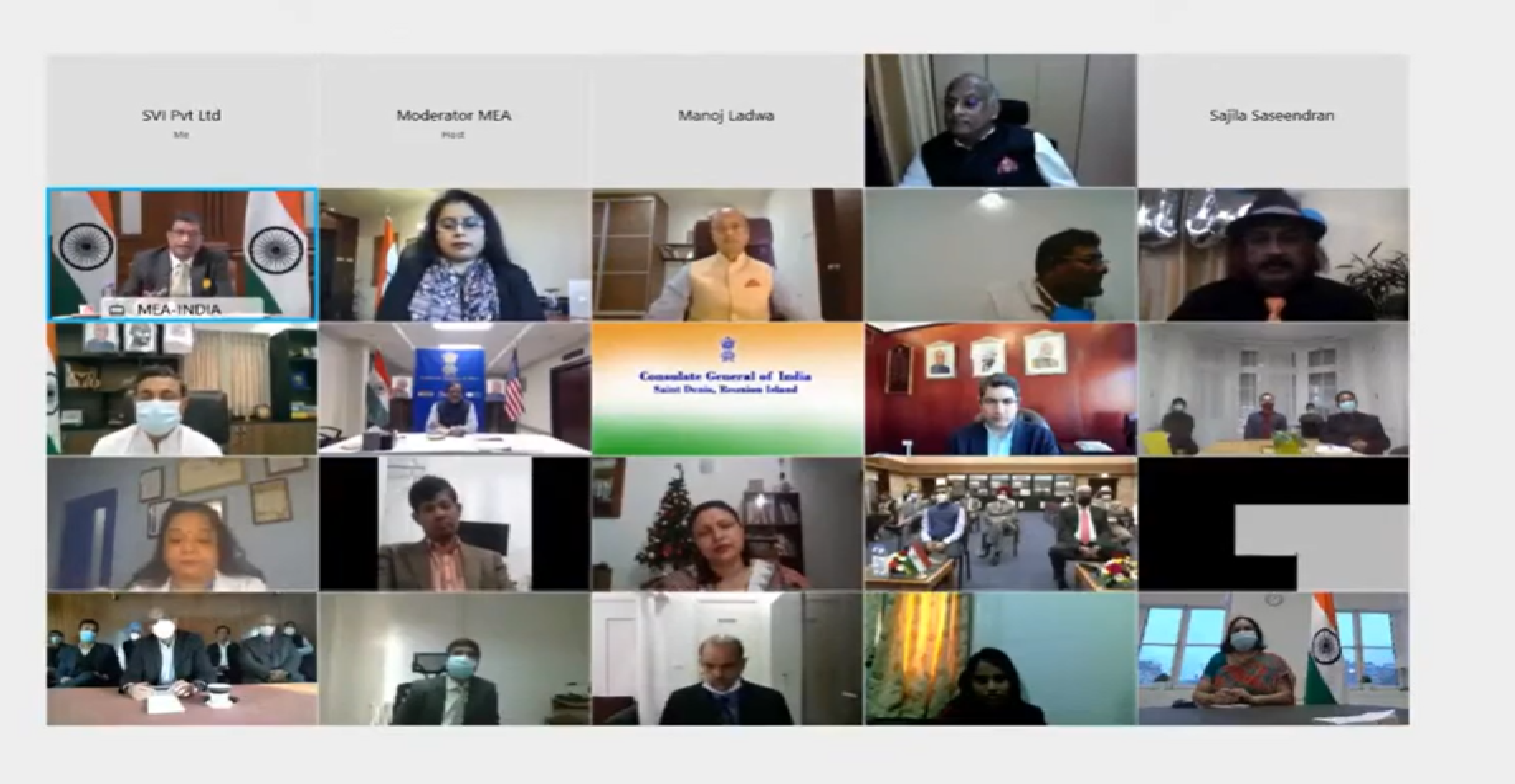 SIFAS was established in 1949  and will be celebrating its 73rd anniversary as India celebrates 75 years since we regained independence from British rule, he shared.

He said that SIFAS alone had 2000 students and did close to 200 shows annually.  Aggregating even a small percentage of the population in the world into programmes in arts such as dance and music would enable one to reach out to millions during India@75 he said.

Speaking of South Asia he said that in this region alone it could result in “60 million people in ASEAN being drawn into the celebratory programme.” 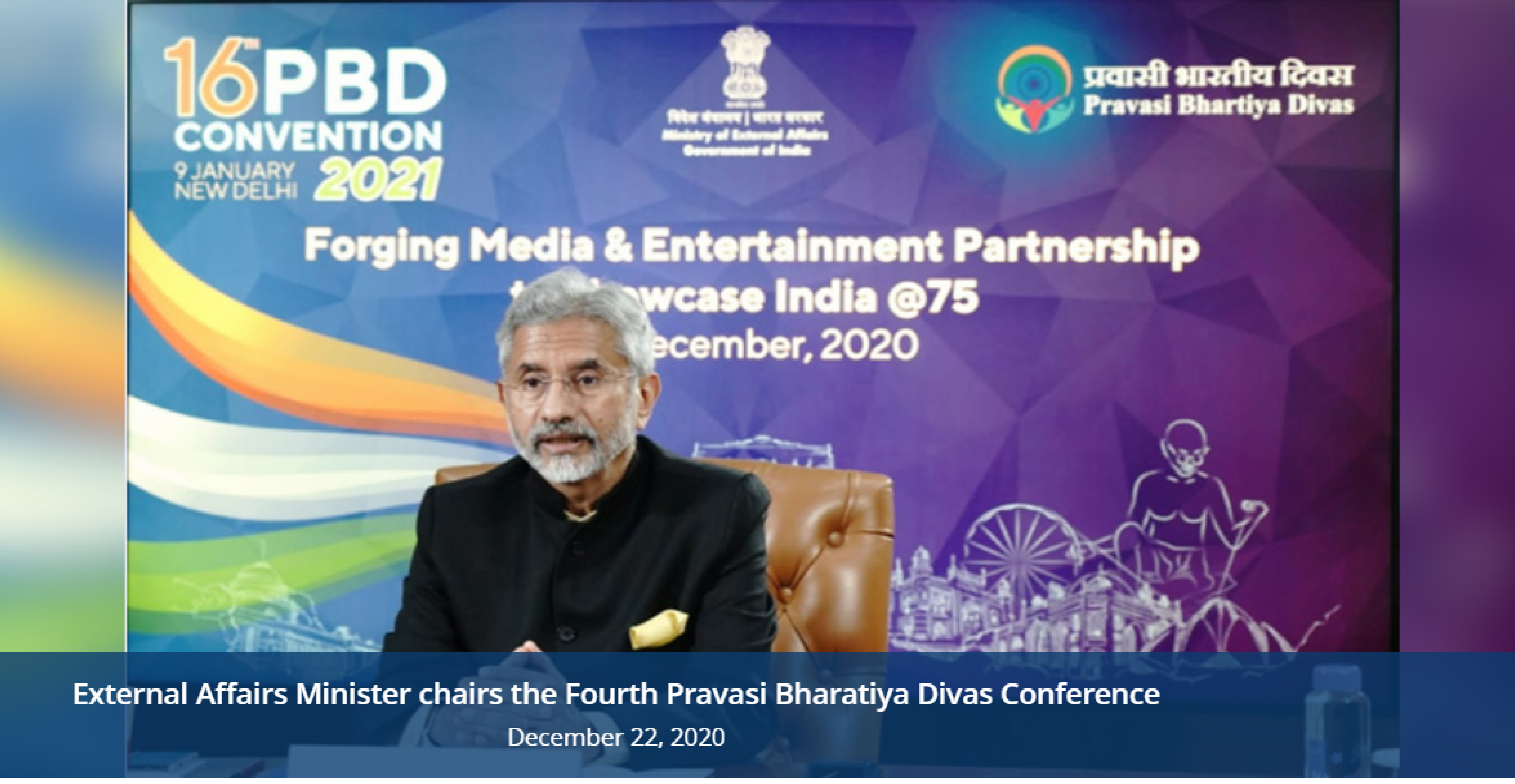 Rao shared specific ways in which to structure the ‘India at 75’ programme through institutional partnerships; collaborations; a fusion of cultures that would bring India’s friends and global leaders to celebrate with us; and bringing youth to the table.

India@75 is not just celebrating the past but also the beginning of the next 75 years, said Rao. Focussing on the skills that the youth of India can bring to the celebrations could result in breaking barriers and broadening vistas he added.

He suggested having 75 festivals around the world with multiples of 75 in the programming to establish our presence and brand India. 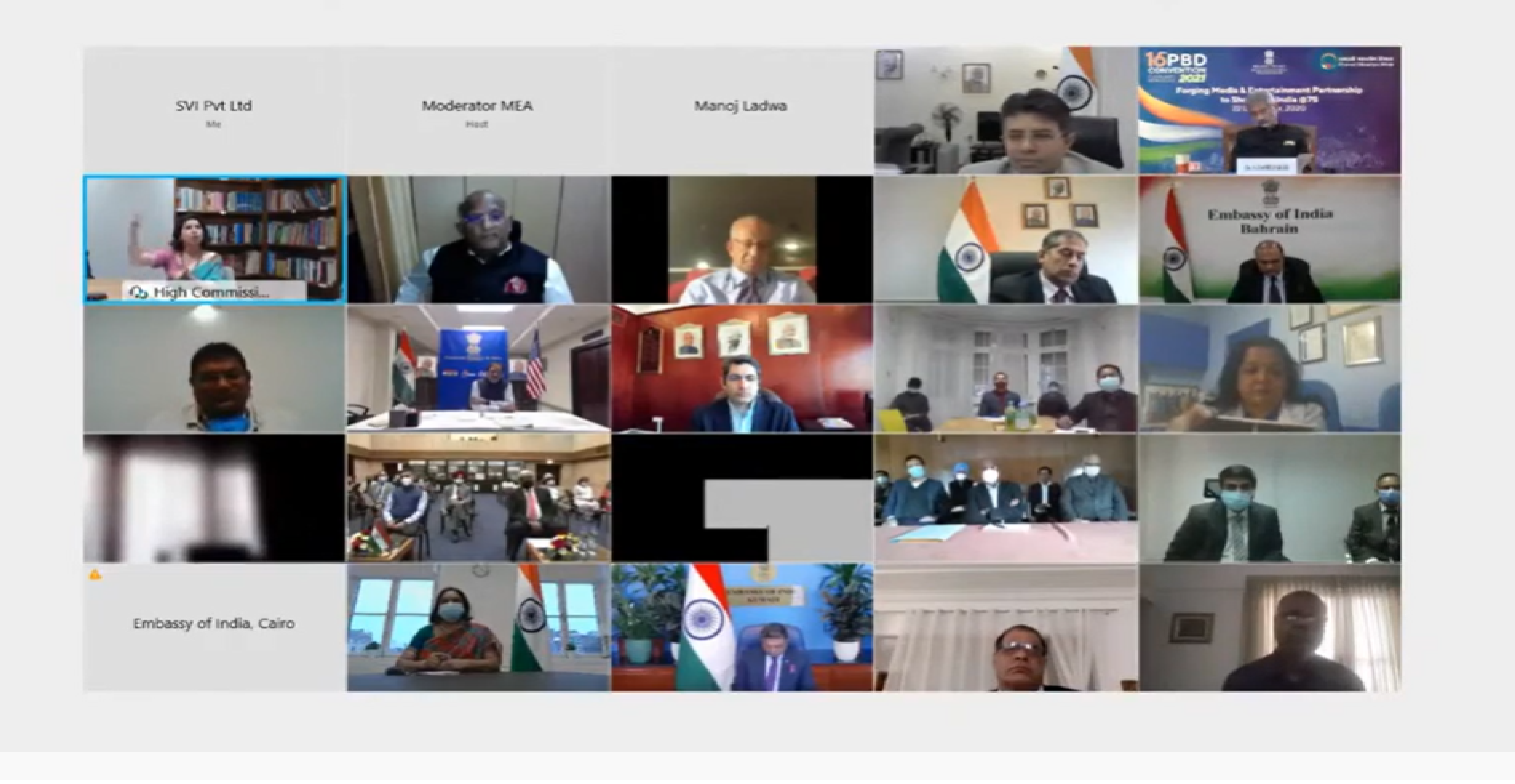 Several other prominent members of the Indian diaspora in the field of media and entertainment deliberated on the theme of the conference.

Several other prominent members of the Indian diaspora in the field of media and entertainment deliberated on the theme of the conference during the Q & A session that followed.

Manish Tripathi from the Singapore Indian Chamber of Commerce suggested that the Ministry of Education of India should aggregate 75 schools from every country in the world to be part of the ‘India at 75’ celebrations. Dr. Jaishankar found it a very interesting suggestion.

9th of January will see the launch of the PBD Convention, with the inaugural session to be led by Prime Minister of India, Narendra Modi with a valedictory address by the President of India, Ram Nath Govind.

The discussions in the conference would feed into the plenary sessions of the main PBD Convention. The event was live-streamed on social media platforms of the Ministry of External Affairs.