NRIs applying for a PAN don’t need an Aadhaar card, according to application agency

With the advent of the Indian government’s plan to link the Aadhaar cards and Permanent Account Numbers (PAN) of taxpayers from July 1 to check fraud and evasion, applying for a new PAN card has gotten more complicated for Indian citizens living abroad. 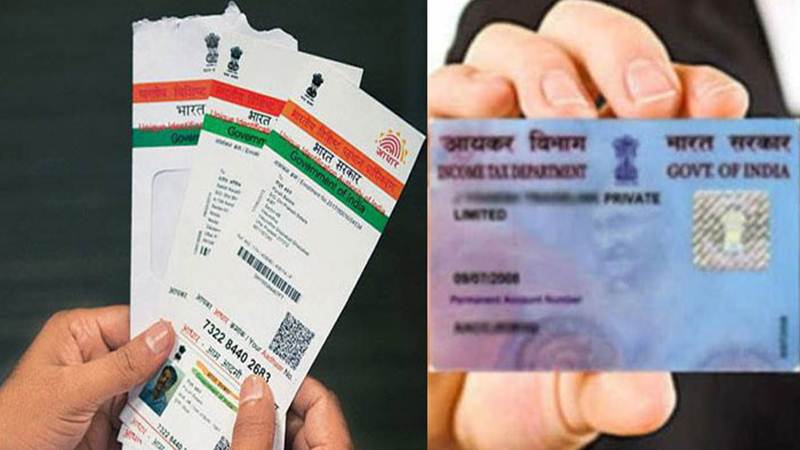 PAN cards for Indian citizens are to be linked to Aadhaar cards. Photo Courtesy: Twitter

The income tax department doesn’t recognise fine distinctions such as non-resident Indians (NRIs), overseas citizens of India (OCIs) and people of Indian-origin (PIOs). It classifies those applying for a PAN as either citizens or noncitizens, who have to fill out Forms 49A and 49AA respectively. If you’re a foreign citizen, you can fill out the latter either online or on paper and get your PAN.

The issue arises for citizens of India who are living abroad and don’t have an Aadhaar card. From July 1, all applicants must list their Aadhaar number on the PAN form. To qualify for an Aadhaar card, you have to be an Indian citizen who has spent over 182 days of the previous year in India. For people living abroad but with Indian passports, this means they will have to spend six months in India before they are eligible for an Aadhaar card and, by extension, a PAN.

Fortunately, according to the TIN helpline, there is a way for NRIs to get a PAN without this massive waste of time and money. The procedure is slightly more elaborate and costs more than normal, but should get you your PAN. The Income Tax Department of India has outsourced processing PAN applications to various agencies. The one that is hosted on their website belongs to the Tax Information Network (TIN) of Income Tax Department of India.

Form 49A is for Indian citizens. Photo Courtesy: TIN

Indian citizens, whether living in or outside India, must use Form 49A according to the guideline. On trying to apply online for, they run into a roadblock as the options for proof of identity, proof of address and proof of birth are pre-selected as the Aadhaar card. When contacted, the helpline explained that the only option NRIs have is to download the forms and mail them in physically.

There are two important steps in this process. First, NRI PAN applicants should leave the Aadhaar number portion of the form blank while filling it in. Secondly, the only proof of address they can use is a copy of a Bank Account statement less than three months old in their country of residence. The TIN website states, “In the case of an Indian citizen residing outside India, a copy of Bank Account Statement in country of residence or copy of Non-resident External (NRE) bank account statements (not more than three months old) shall be the proof of address.”

Apart from filing taxes, a PAN is needed for a majority of bank transactions, whether opening new accounts or a safety deposit box. It is also a necessity as part of most transactions, whether you’re selling land, jewellery or other assets. Finally, a PAN is required for making any sort of investment such as debentures, mutual funds et al or for playing the stock market in India.

Online portal pancardnri.com offers to make the process of getting a PAN more convenient and, in its ad says, 'Get a PAN card before the Indian government makes it even harder for NRIs to get one'. Looks like it's too late for that.