Ireland’s first Indian-origin Prime Minister Leo Varadkar met his UK counterpart Theresa May for bilateral talks during his first visit to 10 Downing Street. The Irish Taoiseach (prime minister) said Ireland was not in favour of an economic border between the two countries following Brexit. 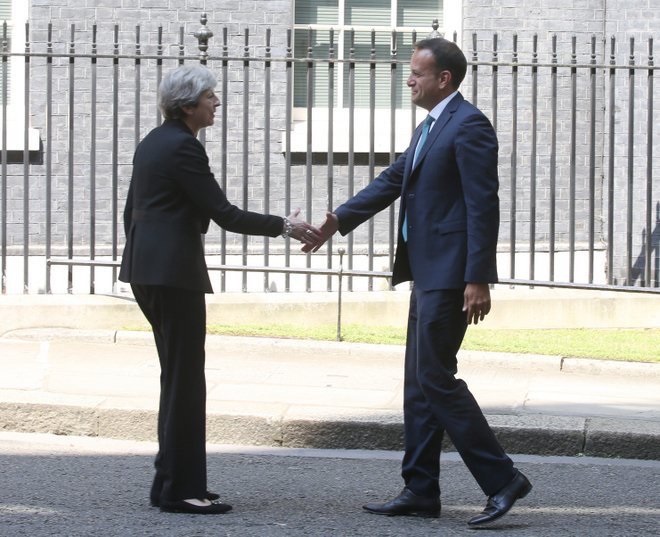 “While there will be a political border between our two countries, there should not be an economic one and any border that does exist should be invisible,” Varadkar, the first openly gay prime minister of Ireland, said following his talks with May.

He also offered condolences on behalf of the Irish people and the Irish government to all those affected by the recent tragedies in London.

May also expressed the hope that Britain’s exit from the European Union (EU) would not impact relations with EU-member country Ireland.

“No one wants to see trade between our two countries diminished. I remain committed to finding a practical solution to the border issue  in Northern Ireland after Brexit,” she said.

In one of his first major bilateral visits, the Irish Taoiseach said he had also been “very reassured” about the Conservative party’s proposed agreement with Northern Ireland’s Democratic Unionist Party (DUP) and its feared impact on the impartiality of the British and Irish governments in the region.

Varadkar and May pledge to work closely together https://t.co/r8aFmZ9x6d pic.twitter.com/OratplTjMu

In a joint press conference at Downing Street, he said as co-guarantors of the Good Friday Agreement, the British and Irish governments should not be too close to unionism or nationalism.

“I want to renew the close bond and strong relations that exist between Ireland and the United Kingdom,” Varadkar said today prior to his first visit to Downing Street.

“Among other things, we will discuss Northern Ireland and the need to re-establish devolved government and Brexit, focusing on how we can avoid any adverse impact on the rights and freedoms of our citizens on trade and the economy,” said Varadkar, an Indian-origin doctor and the Dublin-born son of Mumbai-born Ashok Varadkar and Irish mother Miriam.