Bollywood superstars Shah Rukh Khan and Deepika Padukone's 'Besharam Rang', the first song from much-awaited film Pathaan, left their fans gasping for breath and they couldn't stop gushing over how 'hot' SRK and Deepika looked as they grooved to the upbeat song. However, it has apparently left a section of Twitter irked. 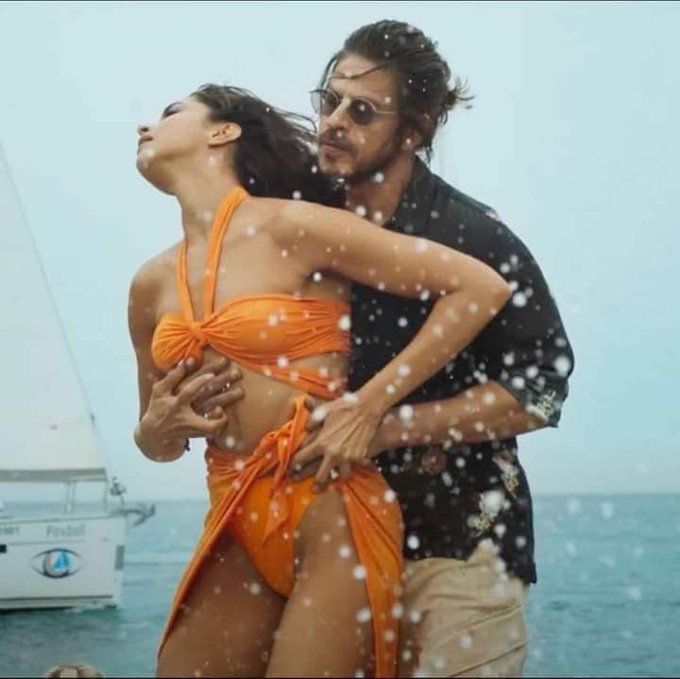 They did not mince their words and even called the track 'vulgar'. Photo courtesy: Twitter/@rawat_pushpesh

Hours after the song was released by the makers of Pathaan, the keywords 'boycott Pathaan' and 'boycott Bollywood forever' reached the micro-blogging site's trending tab. Several netizens criticised the sensuous dance moves and Deepika's bikini looks. They did not mince their words and even called the track 'vulgar'.

A tweet read, "Deepika has done over 30 movies. SRK is the so-called superstar with a three-decade-long career in Bollywood. If they still need to do this to sell their movie, it speaks a lot abt d absolute state of B'wood and sheer garbage they produce. Pathetic."

Reacting to SRK's announcement tweet, a netizen commented, "Nothing to celebrate, Sir. Not fond of human flesh all around, wrapped in few inches of cloth. Hence, I will just #BoycottPathan."