The Amitabh Bachchan starrer Pink created waves when it was released in 2016, focusing on the very relevant issue of women’s consent and how insensitively the criminal and judicial systems treat victims. Three years later, a Tamil remake of the film 'Pink' called Nerkonda Paarvai is all set to be released this week. 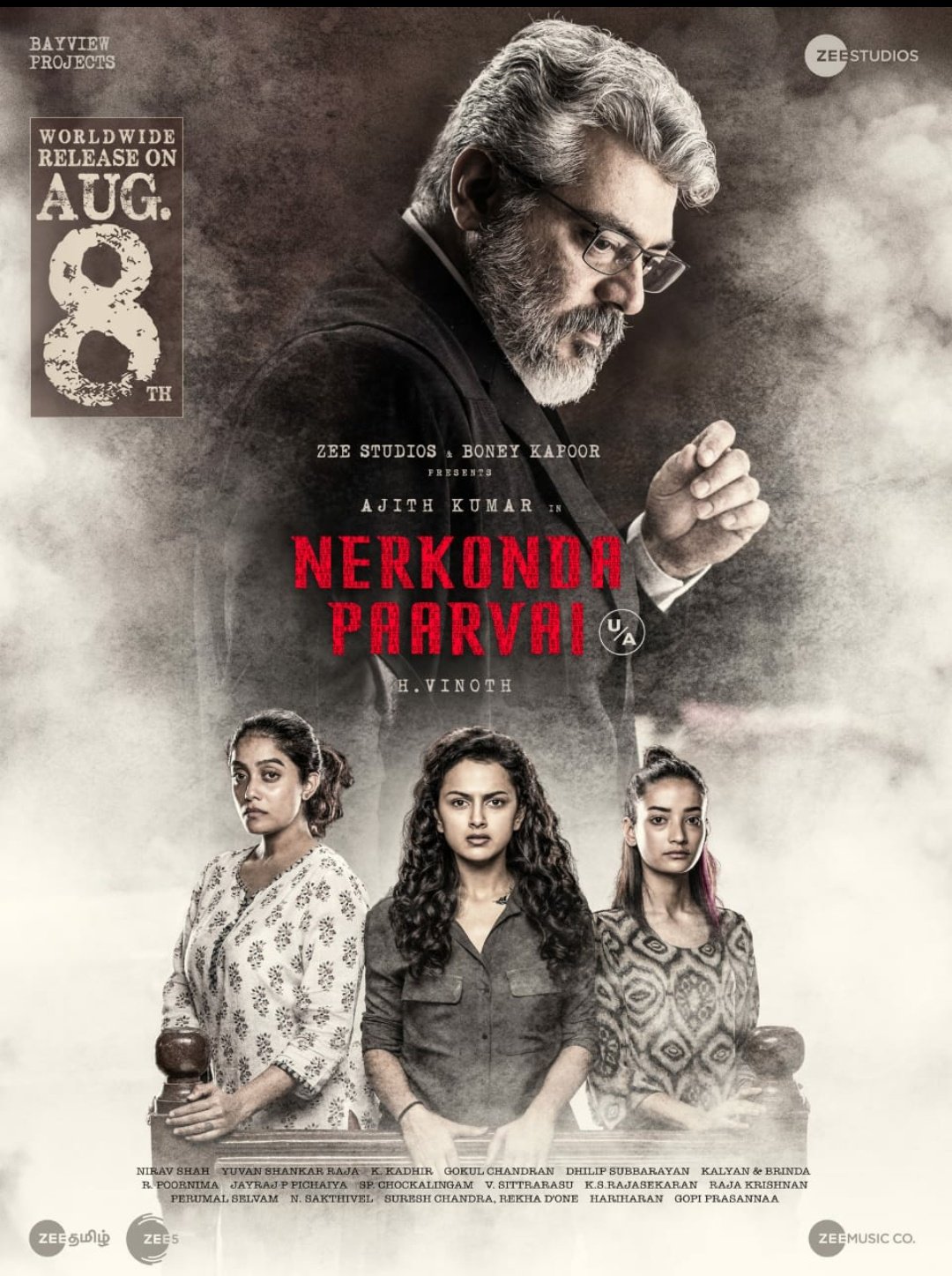 Starring the mega popular ‘Thala’ Ajith Kumar, this official Tamil remake follows the original storyline with cultural adaptations made for a south Indian audience. Directed by H Vinoth, the film sees Ajith reprise the role of a lawyer, which was played by Amitabh Bachchan in Pink, while Shraddha Srinath plays Taapsee Pannu’s role. 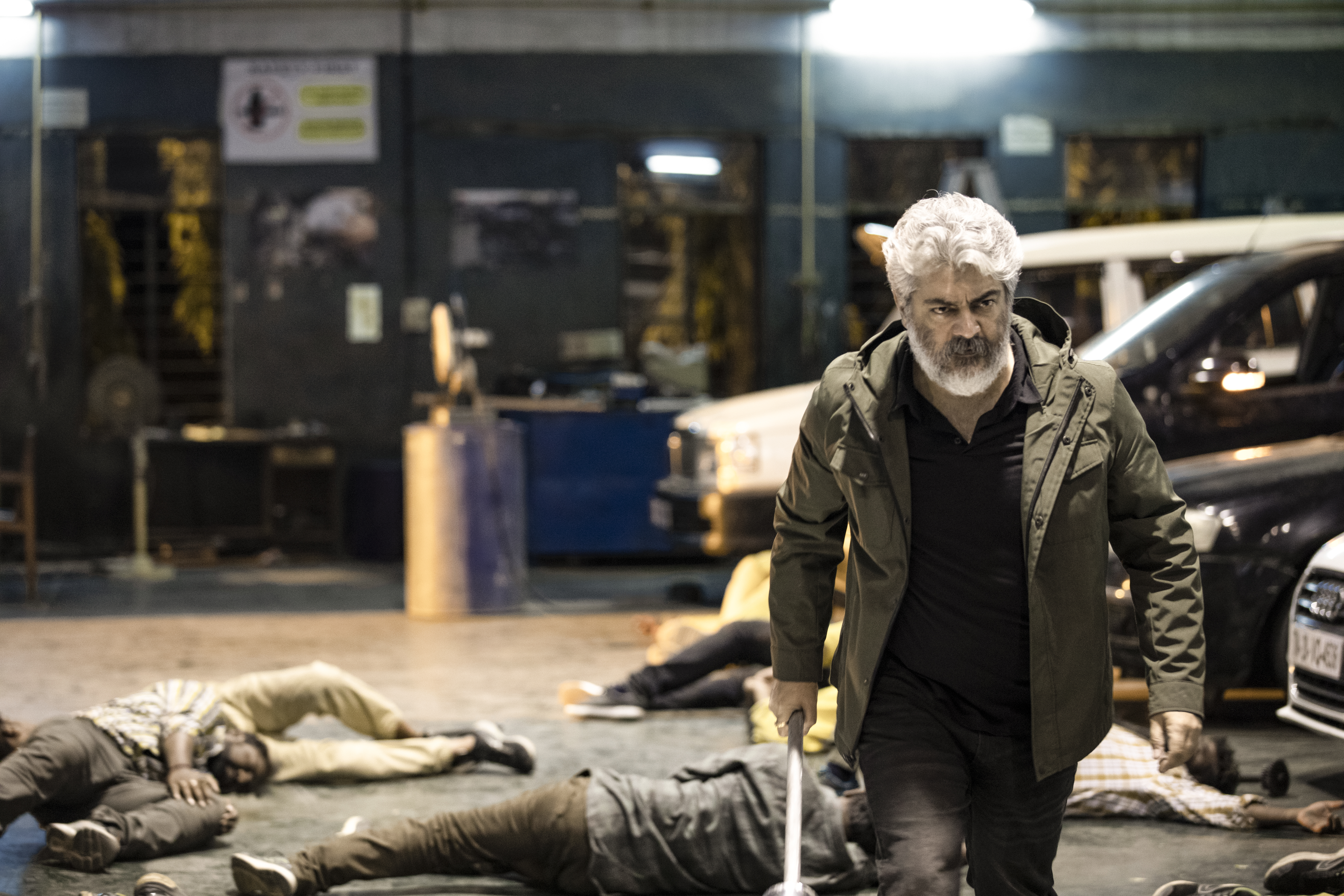 Connected to India spoke to the film’s three young actors, Adhik Ravichandran, Ashwin Rao and Arjun Chidambaram, about the social relevance of the film which comes three years after the release of Pink - three years which have seen issues of sexual harassment come to the forefront in light of the ‘Me Too’ movement.

“It is as relevant as it was three years back, especially in Tamil Nadu,” Ashwin Rao told Connected to India. “The social message is (still) very relevant.”

“The director has kept in mind the changes that have happened in the last 3 years and has adapted the screenplay and the script according to that,” added Arjun Chidambaram, who portrays the role played by Angad Bedi in the original. 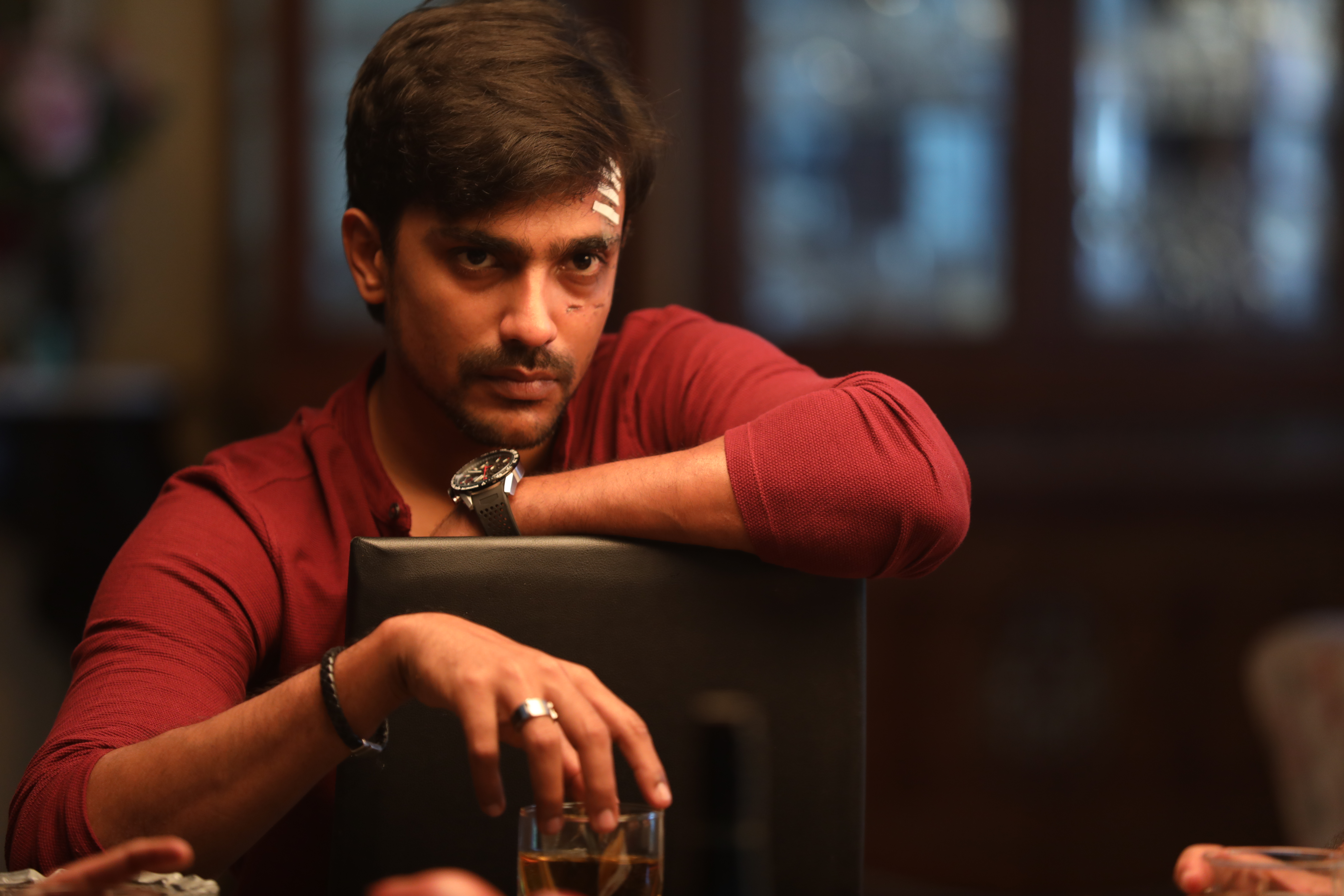 Arjun Chidambaram on the sets of Nerkonda Paarvai

The film is Boney Kapoor’s debut Tamil production venture and will also see a cameo appearance by Kalki Koechlin and Vidya Balan, who plays Ajith’s wife in what will be her Tamil debut as well.

Starring in a film with such big names was a memorable moment for the three up and coming actors. However, undoubtedly the most special experience for them was to share the screen with megastar Ajith.

“It was totally a fanboy moment for me to meet him (Ajith). I was with him for 23 days on set and every single day was so exciting. To just see him performing in front of my eyes and being in one room with him makes me very happy. It was the best moment of my life” Adhik Ravichandran told Connected to India. 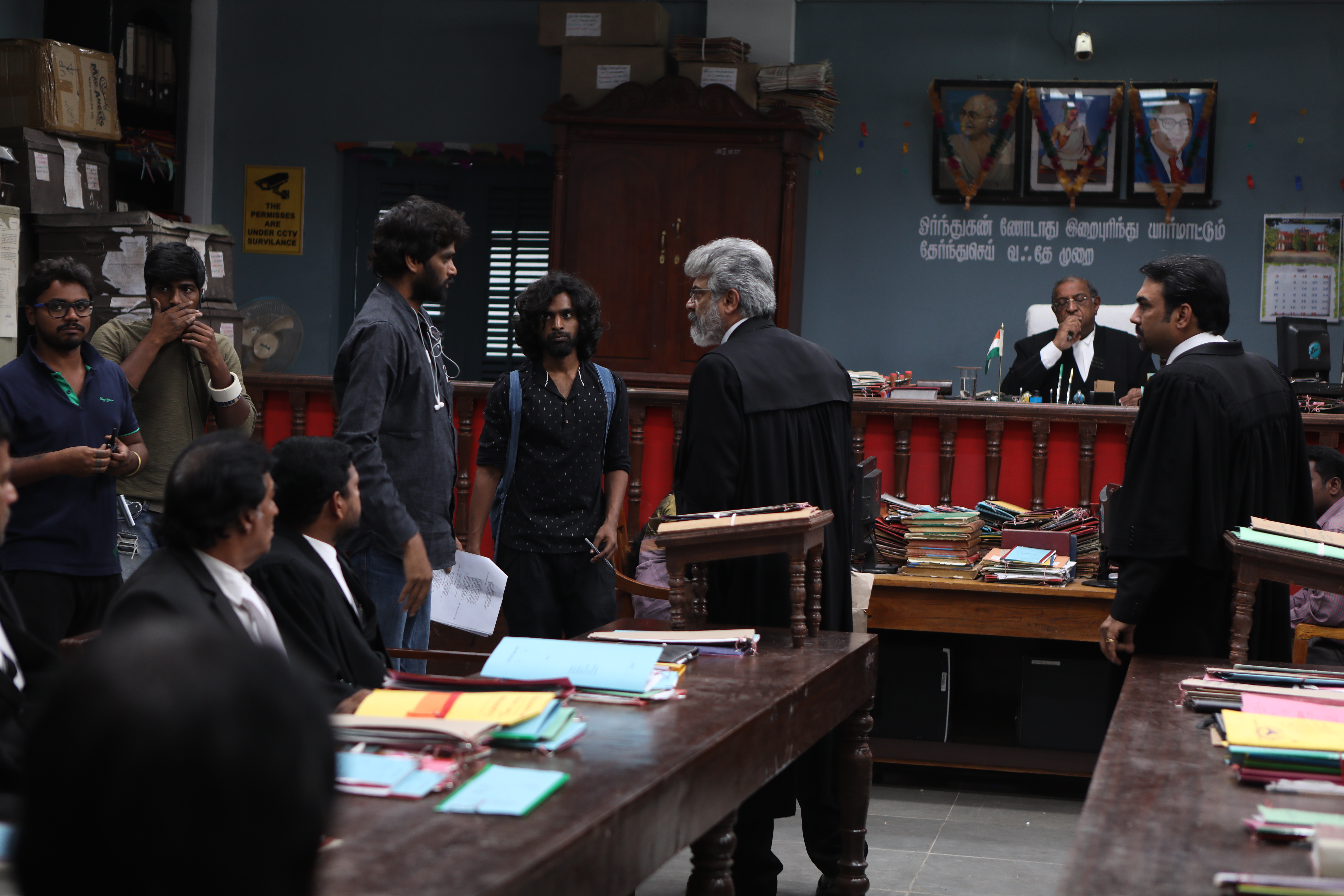 “It's been nothing short of a life changing experience... Just to have got the opportunity to be a part of this film and share screen space with Ajith sir is a privilege and I am really, really honoured,” added Chidambaram.

The makers of Nerkonda Paarvai recently hosted a special screening for select Kollywood celebrities in Chennai and producer Boney Kapoor’s son and Bollywood actor Arjun Kapoor was one of the big names present at the event. The film will also have its premier in Singapore on August 6. 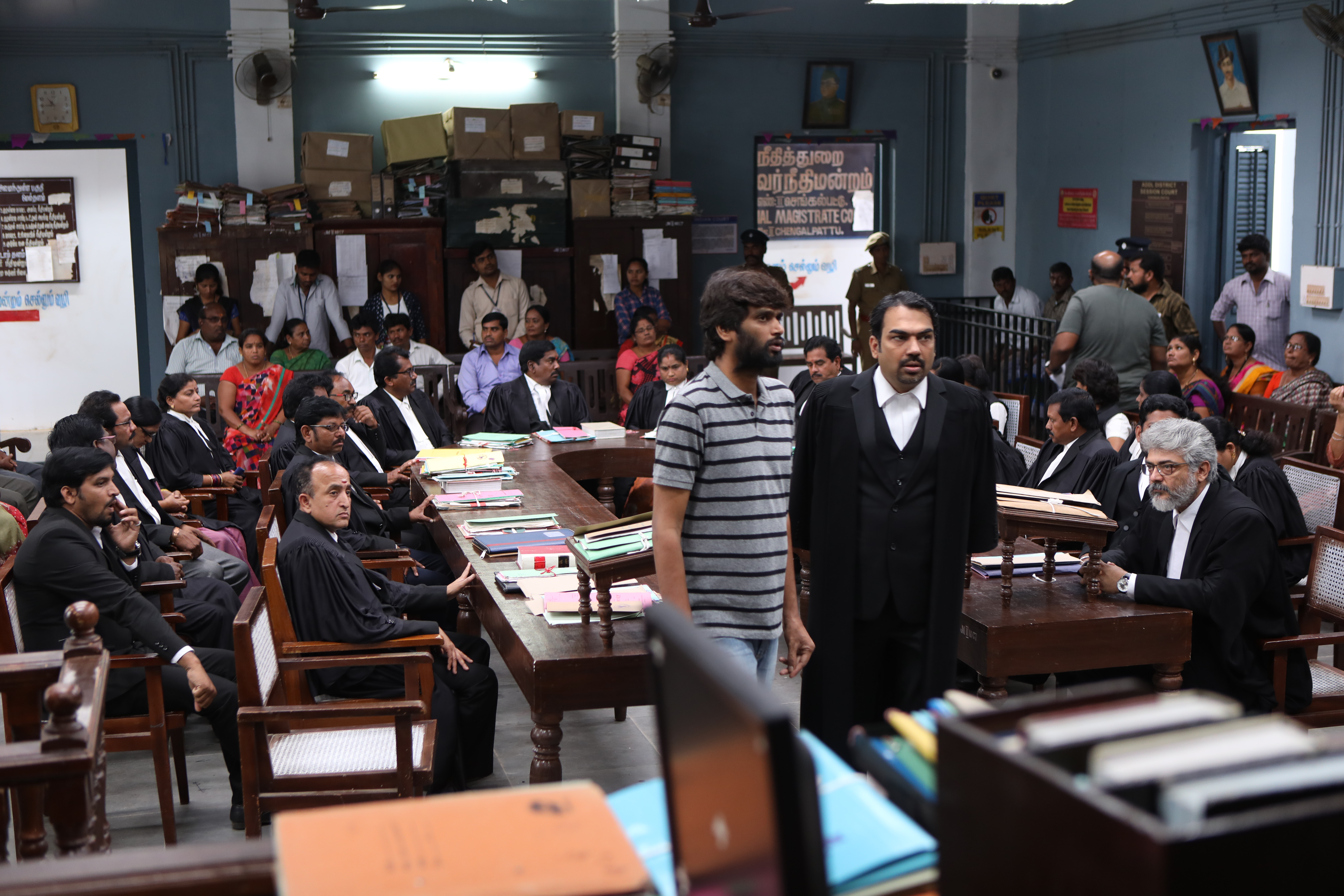 “This is a movie everybody has to watch in today’s day and age. As morally responsible citizens it is our responsibility to watch this film… Over centuries we have put women in boxes and labelled them with various labels and we’ve defined their lives based on what we think they should and should not do. It is high time that mindset is broken,” Rao told Connected to India.

“It’s going to start very important conversations... I hope this gives them (women) a breather, I hope this opens doors for them, I hope this makes life a little less complicated for them,” said Chidambaram.

The Pink movie in Tamil is scheduled to release worldwide on August 8.