The continuity of a movie released into homes rather than on big screens, is totally in the hands of the person holding the remote, unlike in the theatres where the audience is kinda captive.

‘Amazon presents a Prime Video release’ Gulabo Sitabo’s slow paced start could be a disadvantage for this Shoojit Sircar movie released on the OTT channel.

Named after puppet characters Gulabo and Sitabo, who take on different roles but squabble all the same, this movie is rich with repartees.

The movie is shot with the backdrop of the capital city of UP, Lucknow, known for its rich heritage left behind by the Mughals. 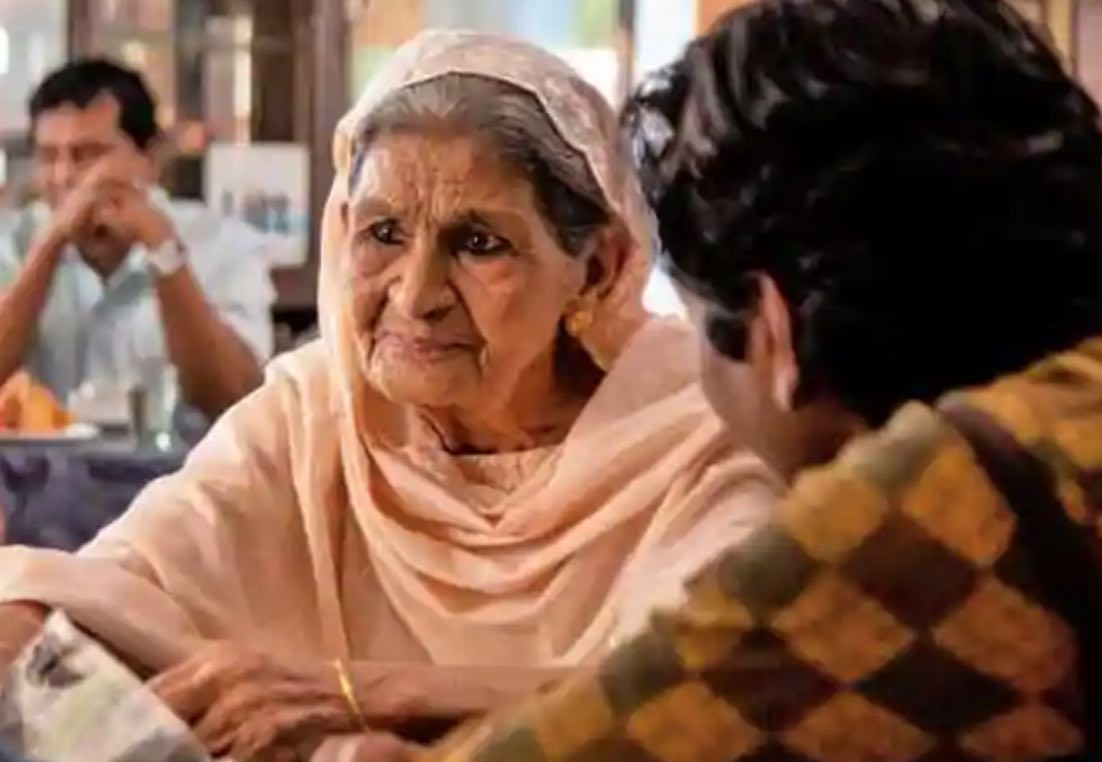 It's a casting coup! with the motley cast with Shrishti Srivastava as Guddu, 85-year-old Farouk Jafer as Fatima the grand old lady who owns Fatima Mahal and the strong women. Photo Courtesy: Twitter

The dialogues in Hindi too have the ‘Lucknowi ada’ and classiness, a major relief from the extensively used profanity and expletives in most OTT releases. Kudos to scriptwriter Juhi Chaturvedi on that.

Bachchan’s  Mirza and Vijay Raaz’s Gyanesh Shukla carry the movie on their shoulders but could not have without the amazing women in the cast.

The cranky, prosthetic laden Mirza with his hell-bent determination to acquire the 100-year-old Fatima Mahal, has amazing body language as a 78-year-old.

You can’t help but adore this septuagenarian megastar as Mirza, ‘whom no one loves’, for his passion and perseverance.

Bachchan's transformation into a frail, aged tetchy old man with a cloth wrapped over his head, a bluish kajal, a cloth bag and that huge prosthetic nose has totally deglamourised him, though he never can be unrecognizable.

Baankey carries anger with him, as a way of venting his frustration towards Mirza as well as a defence because he has no degree, naukri or chokri . Khurrana is ordinary though he has tried to improvise his dialogues by throwing a lisp in between.

Shrishti Srivastava as opinionated, confident Guddu is a revelation, as is 85-year-old Farouk Jafer as Fatima the grand old lady who owns Fatima Mahal.  Where did they get this motley cast from? Especially the older ones and the amazing women power. It's a casting coup!

The cheeky old Mirza is always up-to something in his feverish attempt to transfer Fatima Mahal to his name as well as to collect rent from the families of tenants who rent four rooms within the haveli.

The sly tenants owe back rent and constantly bicker with Mirza. Especially Baankey, who balks from paying even the 30 Rupee rent and puts up obstacles to prevent the crumbling property from being sold or re-developed.

The police, the Archeological Society of India (represented by Vijay Raaz as Gyanesh Shukla), lawyers (including a Catholic lawyer in Lucknow whose claim to fame is that he can speak English) all take sides and become embroiled in a tug of war between Mirza and the tenants and that forms the rest of the plot.

The plot misses a trick or two and doesn’t carry through as smoothly or as well-paced as one would expect from the directors past track record.  A good attempt by Shoojit Sircar at a dark comedy and probably a blessing in disguise that this got released on OTT rather than on big screens.