Prime Minister Narendra Modi headed to France and met the nation's re-elected President Emmanuel Macron after ending his Denmark visit, where he had held a series of bilateral meetings with his counterparts from Nordic nations and also participated in the second leg of India-Nordic summit. 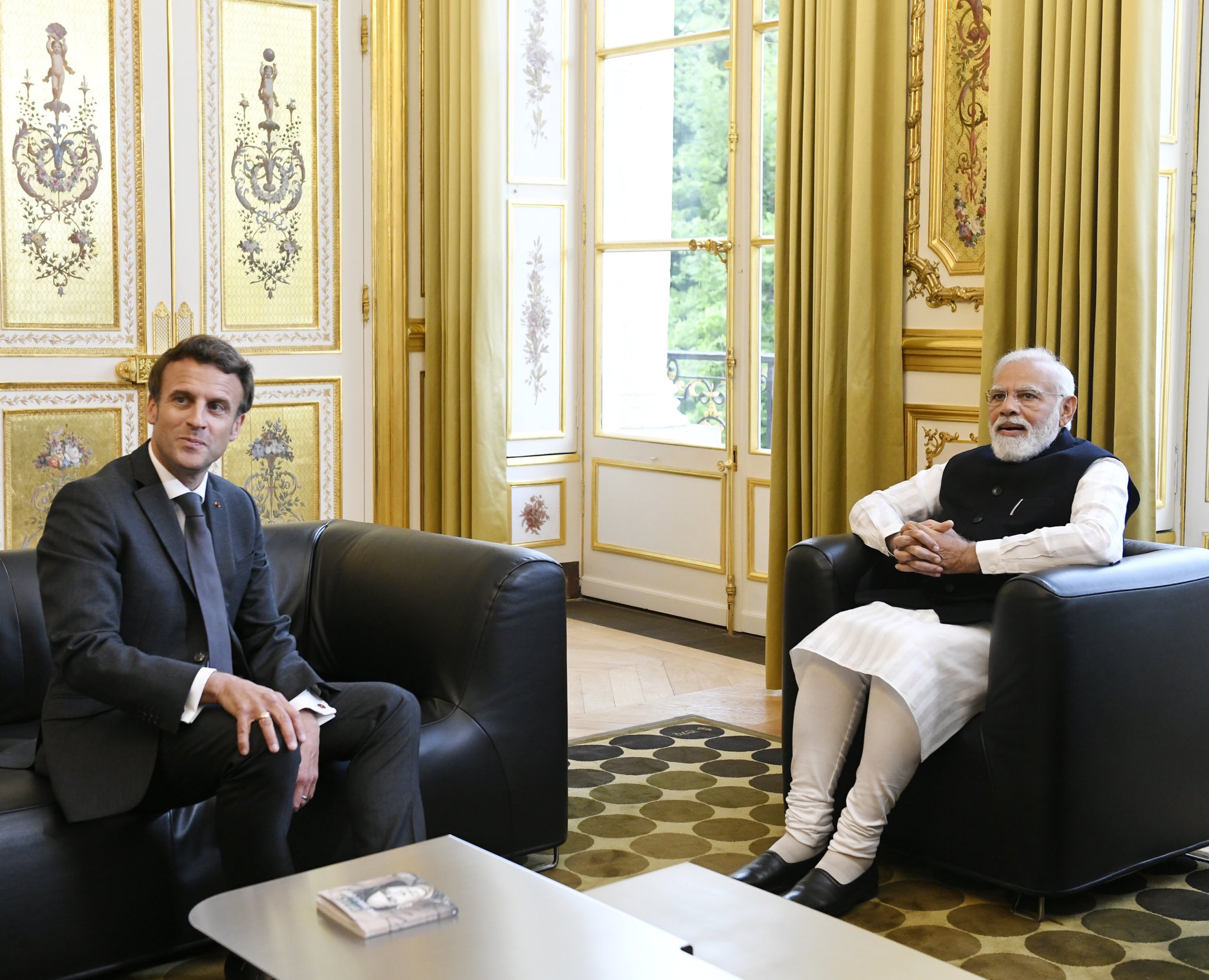 Modi and Macron talked at length about bilateral as well as global issues. Photo courtesy: Twitter/@narendramodi

The summit saw the participation of the prime ministers of Denmark, Finland, Iceland, Norway and Sweden. The first India-Nordic summit was held in Stockholm in 2018.

Modi met his counterparts from Norway, Sweden and Iceland on the sidelines of the India-Nordic summit. Norwegian Prime Minister Jonas Gahr Støre in Copenhagen, Denmark to talk about “future areas of cooperation.”

The Ministry of External Affairs in a statement said that PM Modi discussed the potential for deepening engagement in areas like Blue Economy, renewable energy, infrastructure investment and others.

Sharing the highlights from his visit to Denmark, Modi tweeted that he held “productive talks” with Danish Prime Minister Mette Frederiksen. In a statement post their talks, Frederiksen said she “hoped” that “India will influence Russia” to end the war in Ukraine.

Modi, meanwhile, called for an immediate ceasefire and diplomacy and dialogue.