'Modi @20': An anthology featuring the PM's two decades in politics

Indian Vice-President Venkaiah Naidu yesterday launched ‘Modi @20: Dreams Meet Delivery’, a book which looks into the 20 years of Indian Prime Minister Narendra Modi's model of governance at the Centre and in Gujarat—when he was the chief minister—in New Delhi. 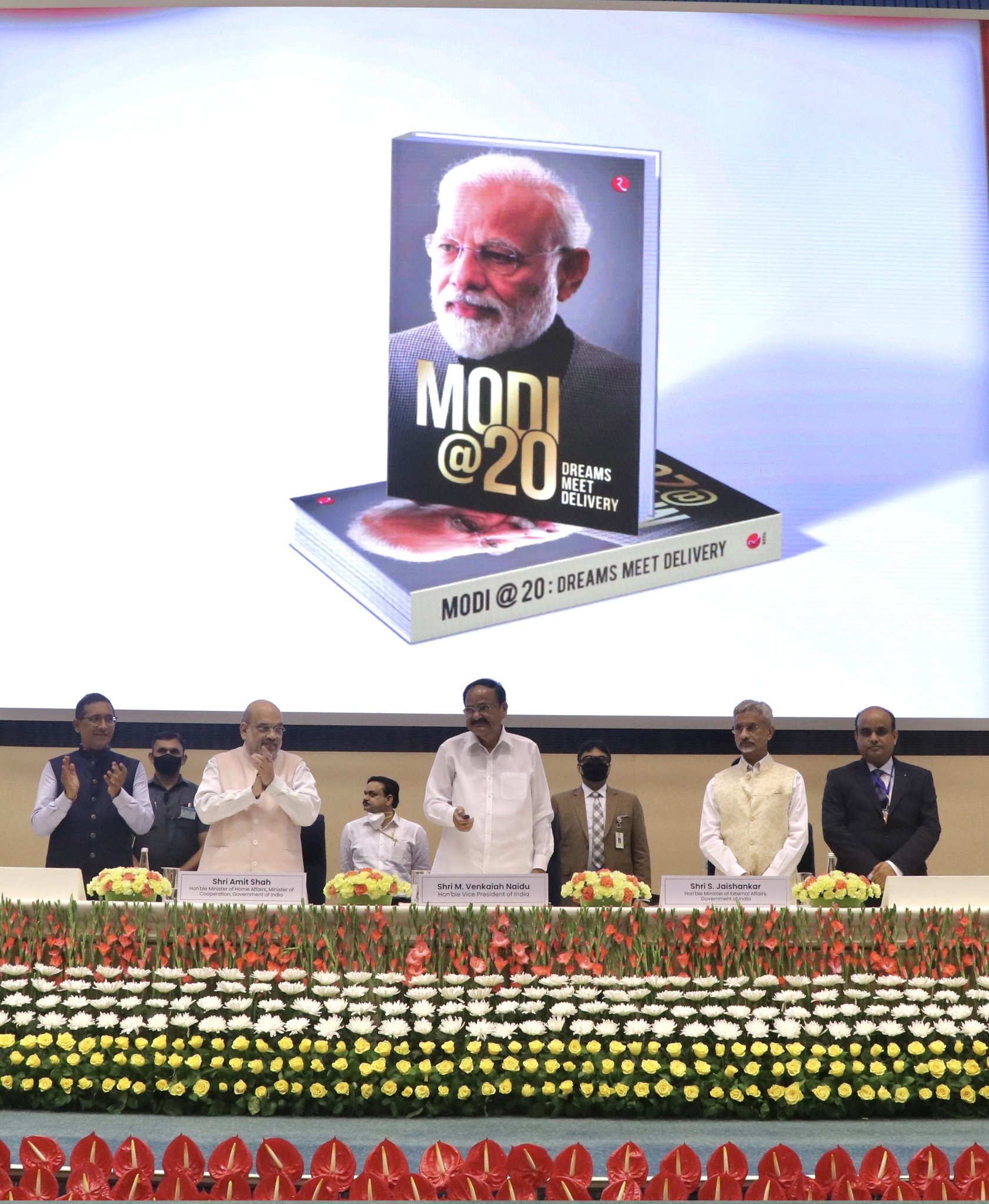 The first prime minister born after independence, Modi, has, over the last 20 years, carved out a unique place in the history of post-independent India, Naidu said. Photo courtesy: Twitter/@VPSecretariat

At the launch, Naidu said that Modi put to effective use his valuable learnings to write a development script for his state of Gujarat as its chief minister and scaled up the same at national level as prime minister, adding that Modi’s vision, his dreams and Mission India have been shaped by his extensive travels and insightful, experiential journey.

“This is the fundamental differentiator that makes Modi unique in several ways. There is probably no other public figure in contemporary times who has had a comparable experiential journey as Modi,” he said.

The first prime minister born after independence, Modi, has, over the last 20 years, carved out a unique place in the history of post-independent India, Naidu said.

He said the book encompasses the experiential journey of Modi since he left his house at the tender age of 17 and set out on a mission of knowing himself, his country and finally define the mission of transforming India.

“Even his detractors, opponents agree that Modi is a phenomenon. He is a phenomenon, whether you like it or not, at the national level and even at the international level also. We are all seeing the reports that a person who previously had no administrative experience earlier, becoming a chief minister doing wonderful work, and then becoming a prime minister. In the international arena also, he is recognised and respected, India also is respected and recognised,” Naidu said.

At the event, Amit Shah called the PM an efficient leader. He said despite Modi's lack of experience, the latter was made the CM of an earthquake-prone state, which he ran efficiently and won several re-elections.

Jaishankar also emphasised that in his eight years of governance, PM Modi led the debate on terrorism worldwide.

"Eight years of Modi government led to the global debate on terrorism. He has practised development-focused diplomacy, focused on border infra development to meet security challenges; takes interest in trade, & addressed all our embassies to reach $400 bn exports," he said.