Mega event a tribute to Mandolin Maestro U Shrinivas

One can see the smiling picture of Mandolin maestro, late Padmashri U Shrinivas at various performing arts institutions across Singapore. 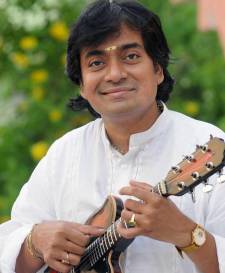 Singapore based Arte Compass will be bringing a special event, in memory of the much-loved maestro, The MANdolin & beyond ...2019.

It will feature world-renowned musicians including his brother U Rajesh, Purbayan Chatterjee, Ustad Fazal Qureshi, Stephen Devassy, Pete Lockett along with Vijay Prakash, who are coming together to create a memorable evening in memory of late Padmashri U Shrinivas. 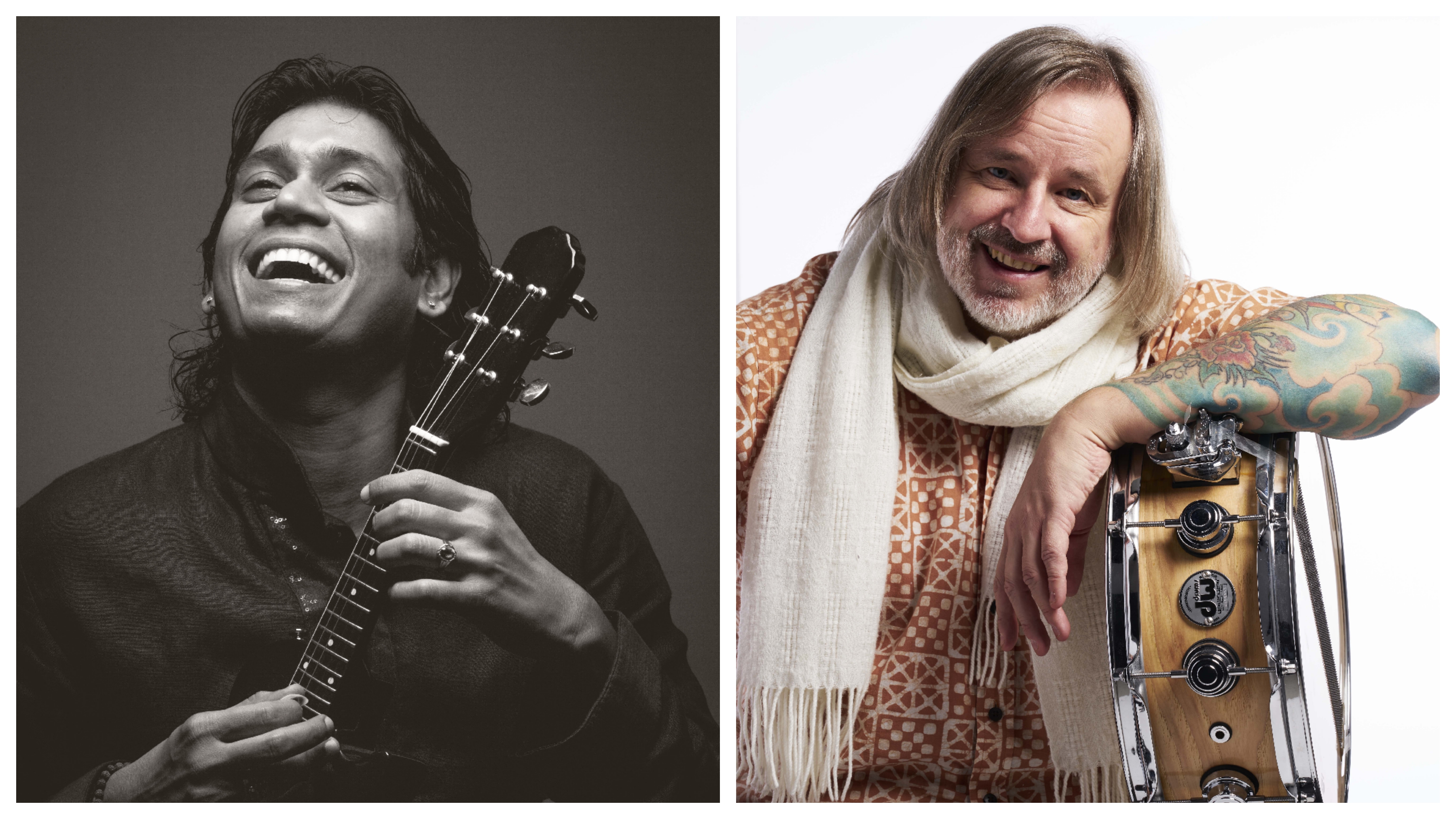 Uppalapu Rajesh (left) is the younger brother of late U Shrinivas. Pete Lockett (right) is versatile in Carnatic, Jazz and World music. is well-versed in percussion traditions from music cultures around the world from traditional Japanese taiko drumming, to blues, funk, rock and classical.Photo courtesy: Arte Compass

These are musicians with whom Shrinivas has collaborated, and they are coming together to enthrall the audiences to celebrate his legacy on the occasion of his 50th birth anniversary.

Shrinivas' brother U Rajesh (Mandolin) was the youngest participant in the Magic Mandolin Festival Germany; Purbayan Chatterjee (Sitar) is noted for his eclectic mix of traditional Indian classical music with contemporary world music genres; Ustad Fazal Qureshi (Tabla) is an ace player guided by his father Alla Rakha and inspired by his brother Zakir Hussain; Stephen Devassy (Keyboard) has collaborated with various great artistes like Ustad Amjad Ali Khan, Aruna Sairam, and Hariharan; Pete Lockett (Drums) was so inspired from the traditional Indian music that he went on to study it and learn to play the tabla, mridangam, ghatam and many other Indian instruments; Vijay Prakash (Vocals) is a regular singer on A R Rahman’s tours and concerts who has sung songs in Hindi, Kannada, Telegu, Malyalam, Tamil, Marathi and English. 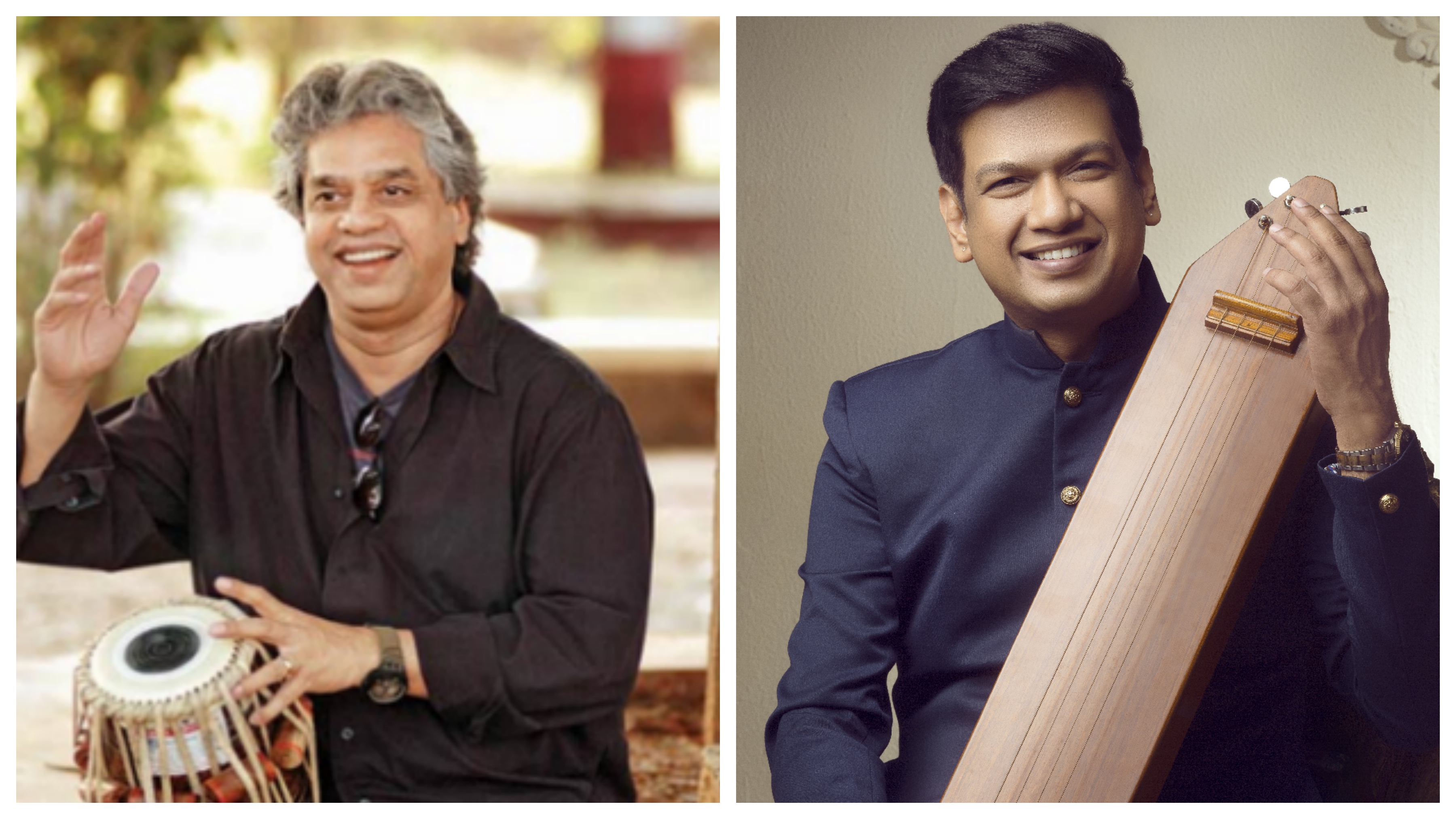 Ustad Fazal Qureshi (left) has been associated with Mynta, his world music band based in Sweden. Vijay Prakash (right) has done backing vocals for about 25 foreign films including Hollywood. Photo courtesy: Arte Compass

It is an annual tribute to the man who continues to inspire so many performing artistes and music lovers. The fourth iteration of the event marks a significant year as the planners are celebrating Shrinivas' 50th Birth Anniversary.

He received many awards and titles on the prominent musical journey he began as a child prodigy, the highest being the Padmashri on April 12, 1990 by the President of India, Sangeet Natak Akademi Puraskar (Akademi Award) and many more. 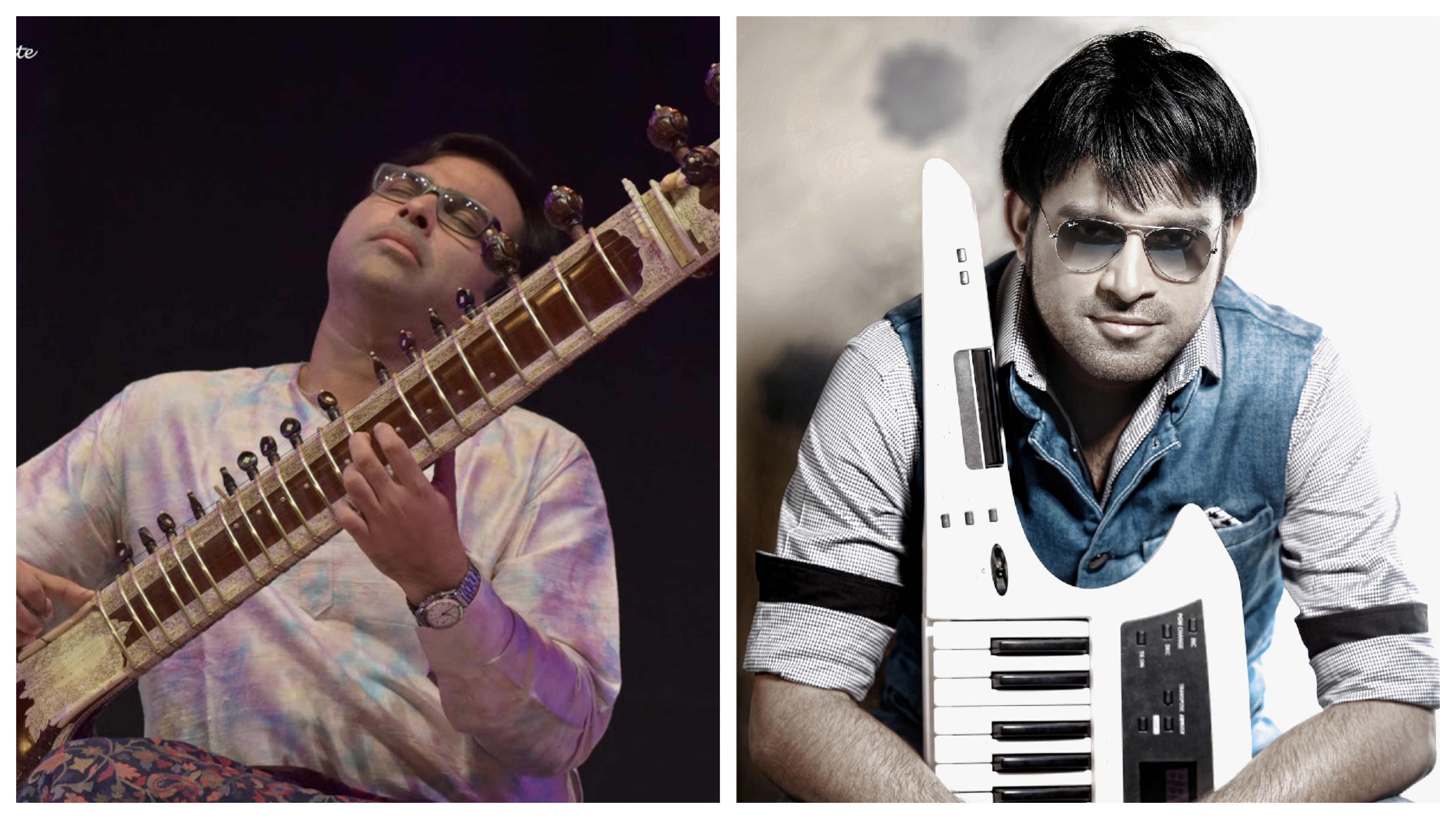 Purbayan Chaterjee’s (left) music is noted for his eclectic mix of traditional Indian classical music with contemporary world music genres. Stephen Devassy is an Indian keyboardist and a music director. He is a power house performer who is fondly called as the ‘Flying Fingers’. Photo courtesy: Arte Compass

For the uninitiated, a mandolin is a stringed musical instrument in the lute family and is usually plucked with a plectrum or "pick". It commonly has four courses of doubled metal strings tuned in unison, although five and six-course versions also exist.

The event is being organised by local event management company Arte Compass in association with Shrinivas Institute of World Musiqu (SIOWM) in partnership with Agrocorp International and is supported by the High Commission of India, Singapore and has also been given a TOTE Board Grant.

Tickets are available for sale on Sistic. The event is eligible for subsidy under the National Arts Council - Arts Education Programme (NAC-AEP) scheme  Ticket hotline +65 6348555

music band Things to do in Singapore Esplanade