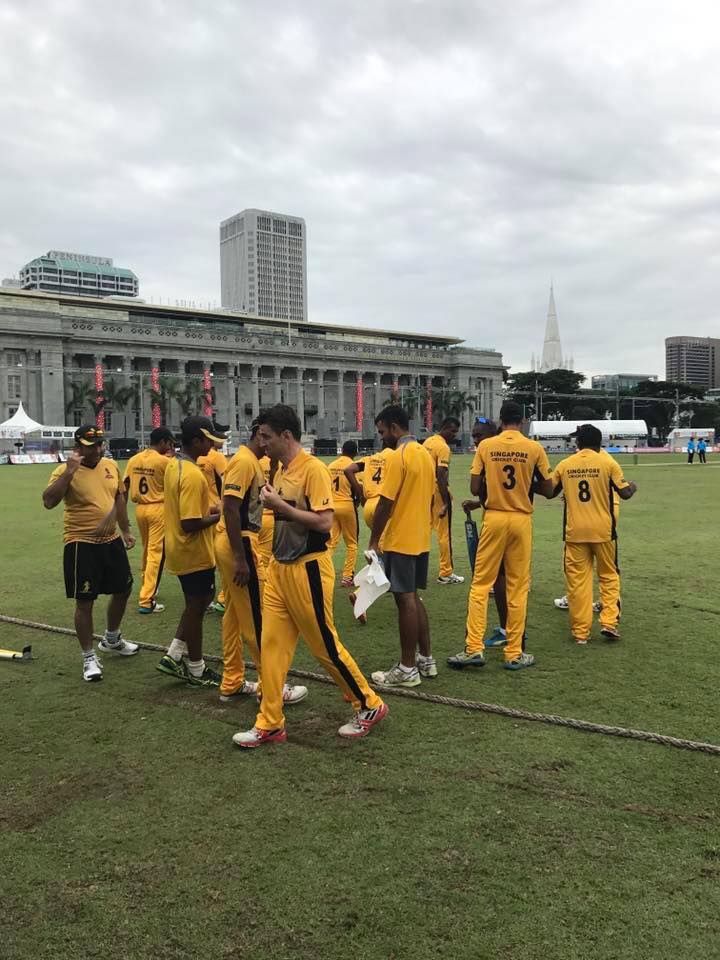 The SCC team at the Padang. Photo courtesy: SCC

The Singapore Cricket Club (SCC) marked their first match at their home Padang Ground with their marquee players firing on all cylinders in an emphatic victory over Rowlin National Cricket Academy in the 5th SCC T20 2017. The home team kept their hopes of reaching the semi-finals alive and now will face Madras Cricket Club in their final group clash, with the winner almost certainly set to advance to the knockout stage. 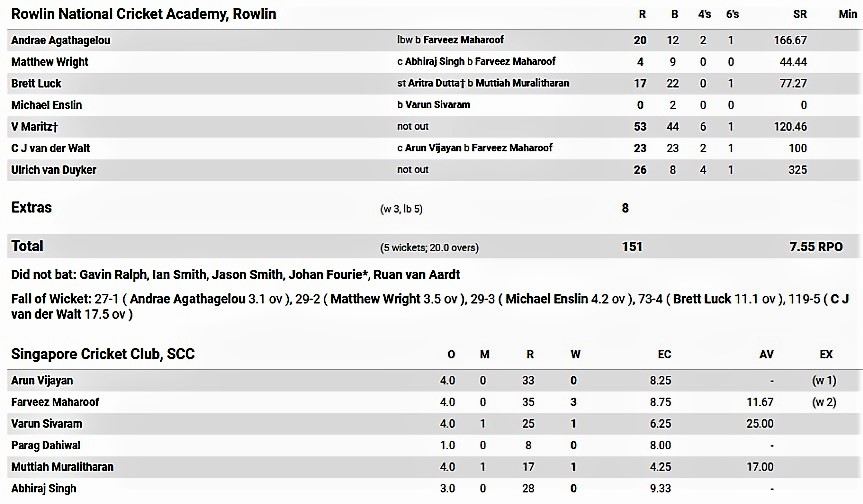 The SCC won the toss and put Rowlin in to bat. The South African team, led by a solid unbeaten 53 off 44 balls from middle order batsman V Maritz, put up a competitive 151/5 on the board. For SCC, Sri Lankan Farveez Maharoof was their top wicket-taker, striking three times and giving away 35 runs. Legendary spinner Muttiah Muralitharan strangled the Rowlin batsmen to return with figures of 1/17. 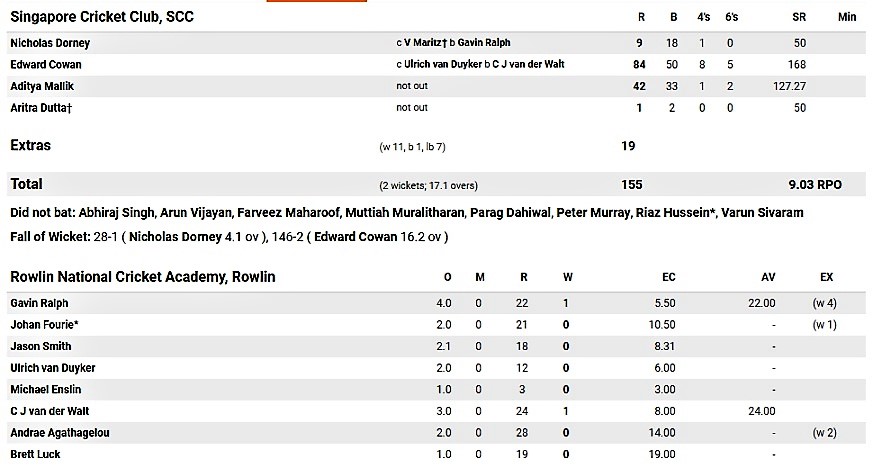 In response, Australian batsman Ed Cowan found his touch at the perfect time for the hosts, slamming the ball to all corners of the ground to score 84 off 50 balls, ably supported by Aditya Mallik (53 off 44). Cowan’s match-winning knock earned him the man of the match award, as SCC reached the target with eight wickets in hand and 17 balls to spare, finishing at 155/2 in 17.1 overs.

The table in Group A is finely balanced, with three out of four teams still in the running to reach the semi-finals. SCC have to ensure that they beat Madras in their next game and will hope for SCG to continue their fine run and defeat the Indian club as well. If Madras beat SCG, the rankings will be sorted out by run rate, where the hosts are at a disadvantage. Here’s hoping that this is the year for the hosts to shine.