Manmarziyaan: My life, my rules - a coming of age tale from Anurag Kashyap

Do you remember Refugee? Abi baby’s first movie. And that lovely song? You do? Ok! So here goes...in that same tune.

Abhishek Bachchan might get his due at the box office for Manmarziyaan, which I believe is worth every penny and every minute spent, because of the quality acting! Please don’t take your kids though, as it’s for a mature, dare I say open/broad minded audience and sets quite a pace.

Though the pre-release hype was not much, it is spreading word of mouth. Anurag Kashyap’s digital era screenplay for a love triangle is so relatable. That waiting for the WhatsApp chime, that friend request on Facebook which says more than a thousand words, that constant checking for updates, we see that happening in the real world all the time. What is also hugely helping the movie is its off-beat, peppy soundtrack. Even before I saw the movie, I had already become familiar with many of the tracks that the DJs were playing and replaying on various radio stations.

Vicky Kaushal! Vicky Kaushal as Vicky Sandhu aka DJ Sandz. Those who have read my review on Raazi for Connected to India must have heard me gushing about him. Well, he has done a 180-degree turnaround in this character and how well has he done that. I could rave about him, but I won’t. Suffice it to say that I’ll watch this movie again once it’s available on the small screen just for Vicky’s crazy-tough-yet-vulnerable-character. 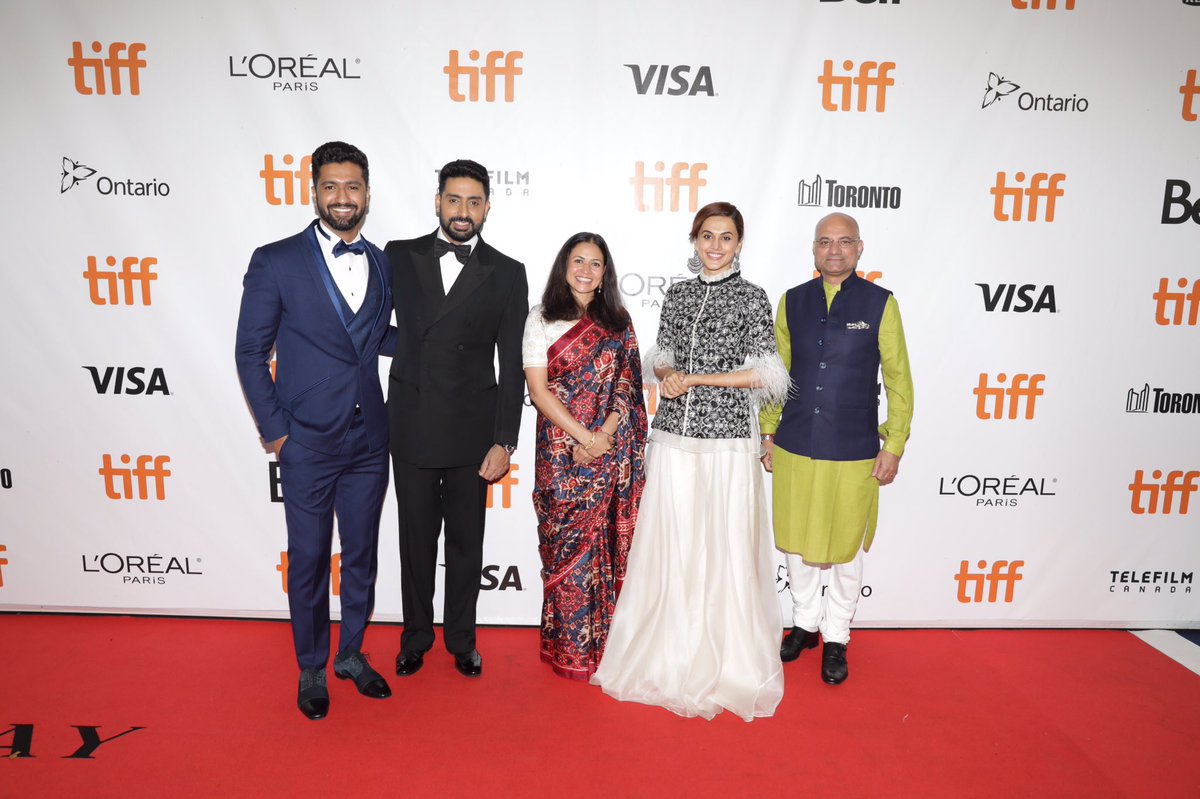 Abhishek Bachchan as Rajbir 'Robbie' Bhatia might remind you of Ajay Devgn in Hum Dil De Chuke Sanam. Or even Vicky in Raazi. Or Mohan in Mouna Ragam (an old Tamil movie). If he is like this in real life Aishwarya really has lucked out in the matrimonial roulette.

Saurabh Sachdeva as Kakaji, a marriage broker, was so good. Pragmatic, practical, perennially calm, his screen presence was impressive. Finally, Arun Bali as Rumi's grandfather had that Dumbledoresque feel to him. His love for his granddaughter supersedes everything and was palpably one of the lifelines that made her keep her head above the water.

Gone are the days when they faded out or showed two flowers bobbing together when the guy and the girl romanced. Conservative audience might blanch at this movie. But may have to reconcile to the fact that perhaps this may well be the real scene in India today. I did hear a comment that South Indian families wouldn’t condone such behaviour among their girls. Maybe North India, and specifically Punjab, might have a more liberal culture, especially if they down drinks as depicted in the movie. So there! But let’s leave all that where it belongs - with the empty popcorn containers.

The ending was cliched, maybe even contrived and absurdly conservative for an otherwise rabble-rousing character in the movie. Maybe Anurag Kashyap’s homage to the censor board, hmm, with whom he has had ‘pangas’ in the past.