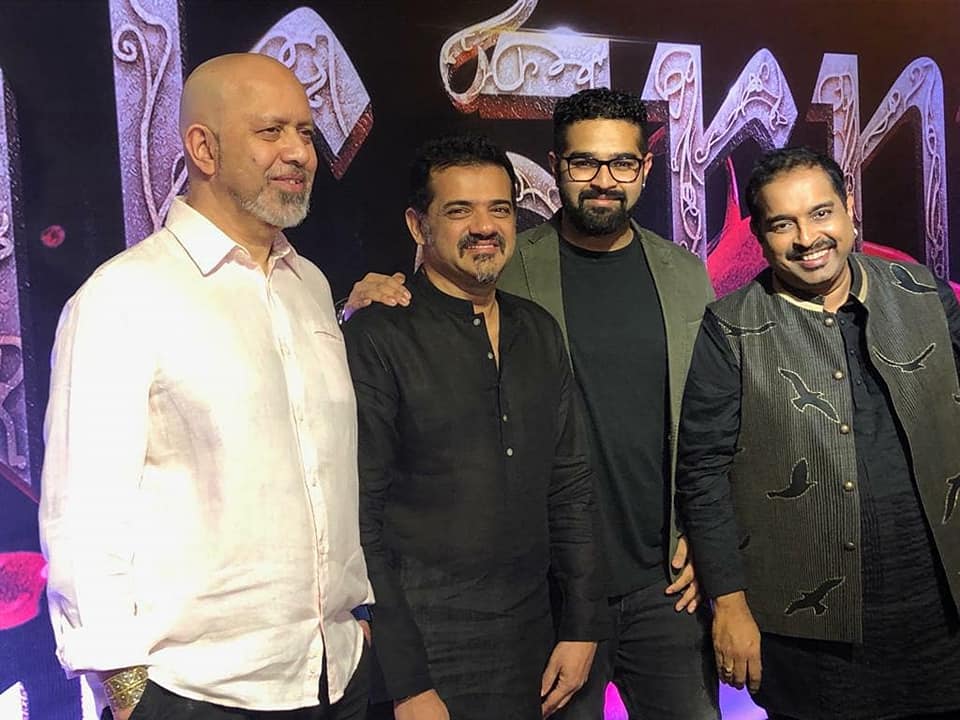 The indomitable spirit and brave heart of Kangana Ranaut's Rani Laxmi Bai are perfectly highlighted as she trains her army of women commanders for battle against the East India Company in the song Vijayi Bhava.

Talking about the song, Kangana shared, “Vijayi Bhava was recorded first, and it was a majestic song of war preparation. I've never done something of this nature ever before. It is upscale and has high tempo which will be celebrated.”

The song begins with the queen of Jhansi sacrificing her alankar in flames as she embraces weapons to adorn her life with. She sheds her throne-bound queen avatar and gradually transforms into a fierce warrior queen. We also get a glimpse of Ankita Lokhande as Jhalkari Bai, who was Rani Laxmi Bai's closest aide and commander of her army.

Speaking at the music launch, Shankar Mahadevan said, “In any musicians career, a film like Manikarnika becomes a landmark. It truly was a dream project that was both challenging and very musically enriching at the same time. I think we have been lucky enough to be offered such projects which we consider milestones in our career. Fifty years later we can look back and say that we were proud ones to have created music for a legacy and a historic epic as this. The songs carry musical depth, with its melodies stirring emotions of patriotism. It was indeed a proud moment for Shankar Ehsaan and Loy."

The soundtrack for Manikarnika was composed by Shankar Ehsaan Loy and lyrics penned by Prasoon Joshi. Zee Studios and Kamal Jain’s magnum opus Manikarnika – The Queen Of Jhansi showcasing her life story on the big screen will hit cinemas across the world on January 25, 2019.

Vibha Chopra, Head of Distribution, Acquisition and Marketing, Zee Studios International, said, "Vijaya Bhava is a song that encapsulates Manikarnika’s heroism and showcases her spirit in the truest sense. Audiences worldwide will be reminded of her bravery and sacrifice and it certainly will evoke a sense of patriotism among the Indian diaspora. Manikarnika's persona has been defined from her challenges and victories, and we are certain that through this song, the sensibility of this character will trickle down the hearts of the viewers."