India and Malaysia are expected to sign around 15 business-to-business pacts today aiming to deepen commercial linkages between them, to cement ties between the world’s seventh largest nation and the Association of South-East Asian Nations (ASEAN) country.

The pacts are to be signed in the presence of visiting Malaysian Prime Minister Najib Razak in New Delhi. The total projects being considered by the two sides could amount to about USD5 billion. 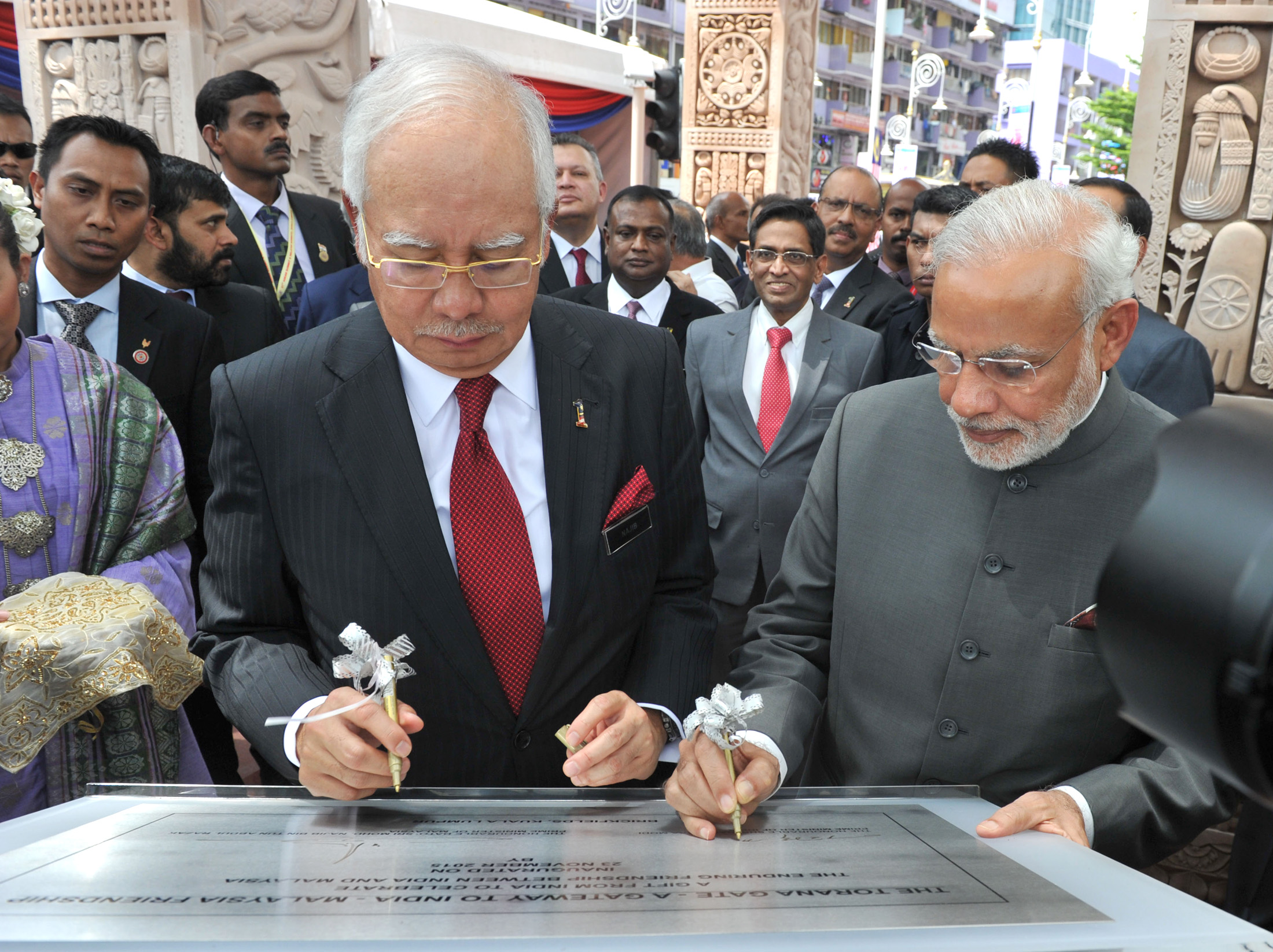 After arriving here, Razak tweeted: “Namaste! Arrived in New Delhi to begin the second-leg of my official visit.”

This is Razak’s third visit to India since taking office as prime minister in 2009, made with an eye on the considerable number of diaspora voters in his home nation. The Malaysian prime minister started his five-day India visit on Thursday in Chennai. On Sunday, he visited Rajasthan, where Malaysian companies are engaged in road and other infrastructure projects estimated to be worth over USD1 billion.

In New Delhi on Saturday, he held talks with Indian Prime Minister Narendra Modi focused on scaling up economic ties further in areas like infrastructure and building of smart cities, besides food security.

“Prime Minister Najib and I are also conscious of our role and responsibility in promoting economic prosperity, freedom of navigation, and stability in the Asia-Pacific region, especially its Oceans,” Modi said after talks with Razak in New Delhi.

Malaysia is currently India’s third-largest trading partner in ASEAN after Singapore and Indonesia. Bilateral trade between Malaysia and India was at $12.8 billion in 2015-16 with the trade balance in favour of Malaysia. Both “prime ministers have expressed their aspiration to see this trade increase to $15 billion in the immediate future”, a statement from the India-Malaysia CEOs’ Forum that met in New Delhi on Saturday said.

The forum noted that there has been an upsurge of Indian investments in the healthcare sector in Malaysia. On education, the forum members called for early signing of a MoU to recruit Indian teachers for English language education in Malaysia.

Referring to tourism, the members emphasised on the need to encourage visa-free travel for Indians and Malaysians.

It said Malaysia should support and champion the introduction of the Asean Common Visa for travellers from outside the region.

The statement said meetings of the CEO's forum would be held bi-annually, alternatively in India and Malaysia.