The pathfinders of Malayali rock, Avial, seem to have a fated connection with the Lion City. They will play their first Singapore gig during the Kalaa Utsavam festival at the Esplanade Concert Hall on Friday - something that guitarist Rex Vijayan has been looking forward to for quite a while. 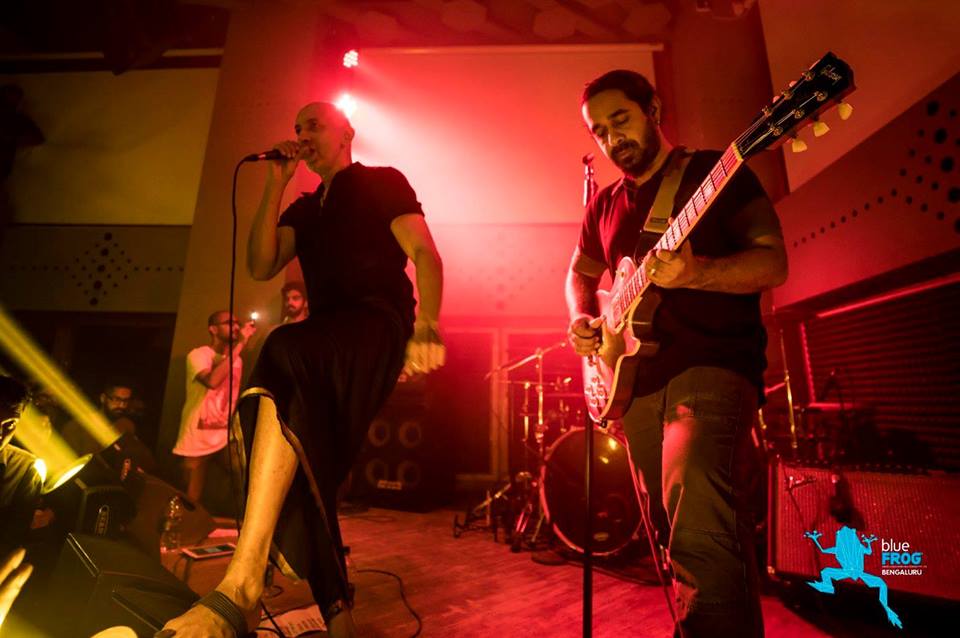 The city is also significant to the band because it was here that Rex Vijayan (right) first got close to Tony John, the singer and musician who would eventually become the frontman of Avial. Photo courtesy: Facebook/Avial

“My greatest inspiration is from a person from Singapore; my uncle Jerry. He’s a lawyer and great Blues guitar player. He gave me my first classical guitar and taught me. One of my greatest inspirations started in Singapore and its great to be performing here. There was a starting spark,” Rex told Connected to India.

The city is also significant to the band because it was here that Vijayan first got close to Tony John, the singer and musician who would eventually become the frontman of Avial.

Many years ago, the two of them came here to perform with the Daksha Sheth Dance Company, a contemporary dance group. Vijayan was playing guitars and percussion for the group while John was doing vocals as well as playing instruments like the didgeridoo.

"Tony and I had performed here around 10 years ago. I knew Tony, but we got close only while jamming for that show," Vijayan, 35, said. 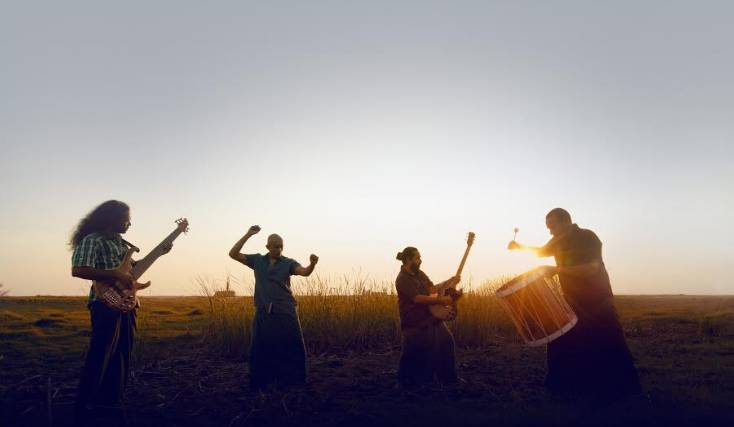 The Kerala-based band, known for their eclectic brand of rock sung in Malayalam, are named after a South Indian cuisine made of various vegetables. Photo courtesy: Ajay Menon Photography

Avial's third connection is with Kalaa Utsavam. Together with other musicians, Vijayan and John formed Avial in 2003, and Rex was pleasantly surprised to learn that Kalaa Utsavamthe festival was a year older.

The Kerala-based band, known for their eclectic brand of rock sung in Malayalam, are named after a South Indian cuisine made of various vegetables, a fitting moniker for a group whose sound is a mixture of genres like rock, folk and electronica. John was originally the turntablist and backing singer but stepped up to be the frontman after original singer Anandraj Benjamin Paul left the band to emigrate to the United States.

In 2008, the band released their self-titled debut album. They quickly made an impact, standing out from their English-singing contemporaries by performing all their songs, including hit tunes Nada Nada and Chekele, in Malayalam.

“We heard it (Nada Nada) and instantly got stuck to it. We asked to compose the song in our own way and it was very well-appreciated by our audience; people who came to listen to Malayam. Our development wasn’t a planned thing; it was very instinctive and organic,”  Rex said. 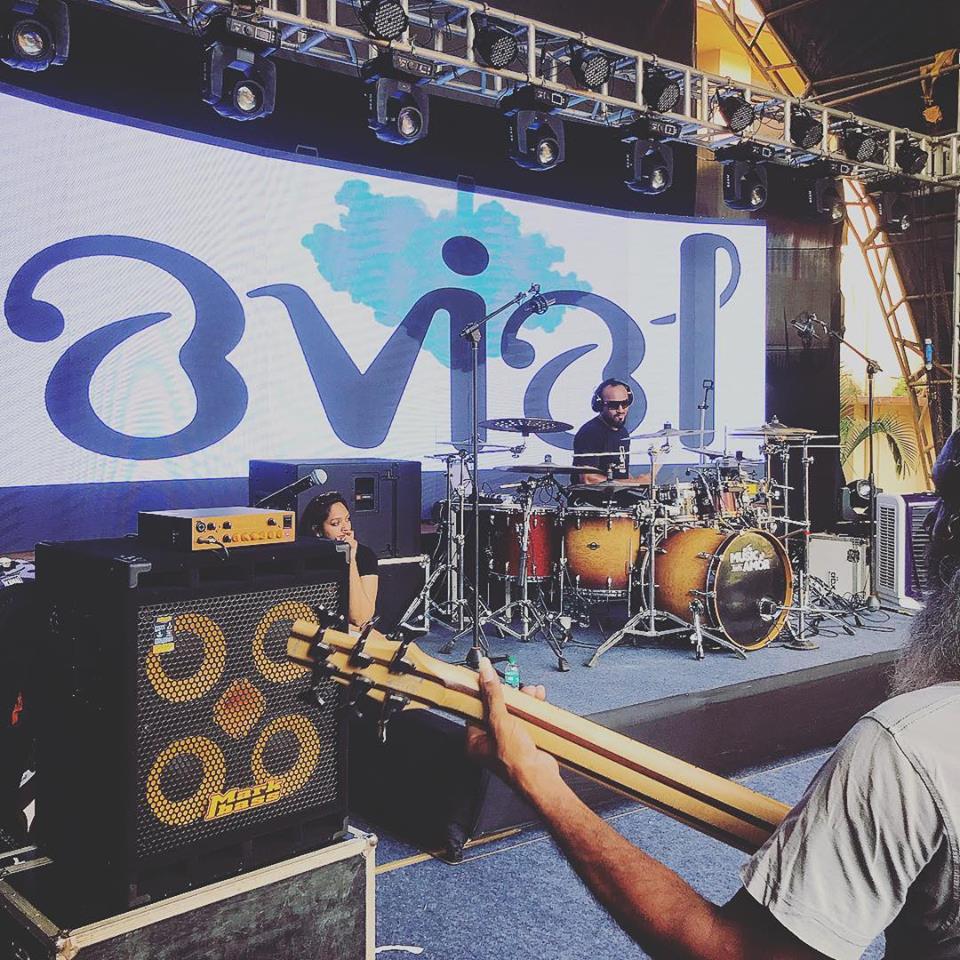 In 2008, the band released their self-titled debut album. They quickly made an impact, standing out from their English-singing contemporaries by performing all their songs, including hit tunes Nada Nada and Chekele, in Malayalam. Photo courtesy: Facebook/Avial

Rex had a message for fans in Singapore and the Kalaa Utsavam audience.

“We are a band which is I hope interesting and quite skilled. For Malayalis, it will be refreshing to listen to our music because of other influences included in it; like techno, trance, electronica which complements the uniqueness of singing in Malayam,” he said. He said that they have a huge fan following outside Kerala among non-Malayalis, and hopes to add to that fan demographic with the upcoming show.

Vijayan added, "We speak Malayalam at home, not English, so it was more natural for us to sing in Malayalam. Even if people don't understand the language, we found that they could relate to the music."

In 2009, the band swept six prizes at Rolling Stone India's Jack Daniel's Rock Awards, picking up accolades such as Album of the Year and Band of the Year.

The group, which also comprise drummer Mithun Puthenveetil and bassist Binny Isaac, have since released several singles, including soundtracks for Malayalam films such as the 2011 romantic comedy Salt N' Pepper and 2012 revenge-thriller 22 Female Kottayam.

Rex said that composing soundtracks for films took up time, but also helped to complement and expand the band’s repertoire. 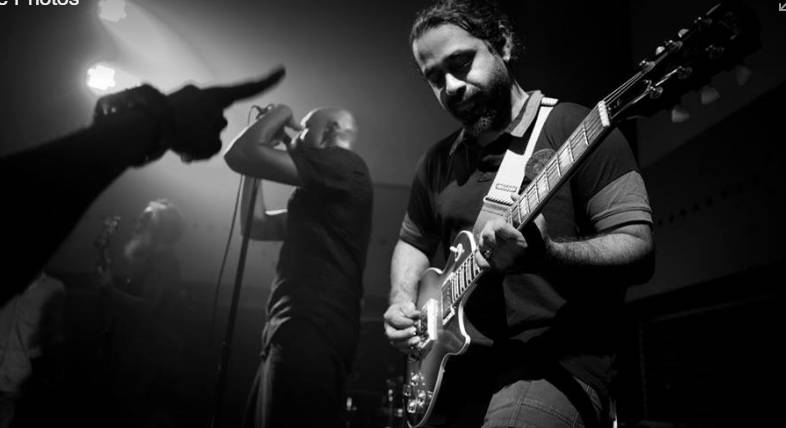 “One film will go on for six months, and we must find the balance between our and the director’s taste. It’s different from Avial where we have complete control. Both of them have their own magic to it. Working with Avial is more about freedom, but I enjoy film work because that pushes our boundaries and us out of our comfort zone. Also, we can transform the film work into new and exciting music for live performances. The two types of work complement each other,” he said.

Rex wears many hats; guitarist, composer, producer, and multi-instrumentalist. But he was quick to point out that his multiple roles only exist to provide direction to others.

“I am not good at everything. I mostly use the guitar for composing. Its just for laying down the demo that I do the multi-instrument part. I collaborate with other musicians, and just get them started by giving them a rough idea of the songs I envision,” he said.

Vijayan is also glad that the band played a part in popularising rock music in their community.

"Back when we started out, they didn't listen to rock. They were more into commercial pop sung in Hindi. But now, there are so many bands in Kerala that rock has become a household thing."

Can't wait to be in SINGAPORE and play for y'all lovely people. Who's Coming?

Get ready to watch Avial as they make their debut in Singapore on Friday, November 23 as part of Kalaa Utsavam at the Esplanade Concert Hall. 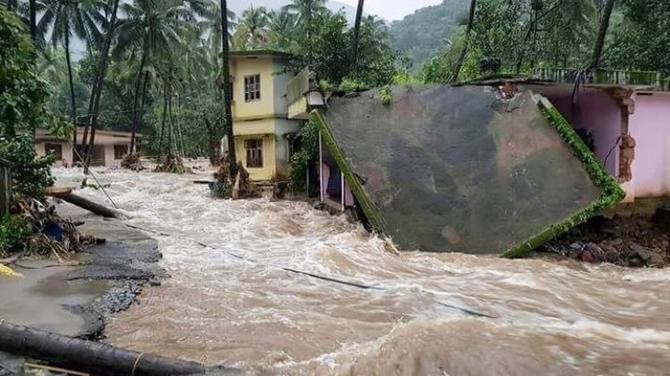