Making Singapore one of the safest places in the world

Many of you would have been to Singapore’s National Day Parade, gone through security checks, enjoyed the spectacle and after the event dispersed in an orderly fashion through barricades. Or perhaps you might have been one of thousands of citizens, residents and tourists who attend New Year’s Eve celebrations at Marina Bay Sands.

Have you wondered what goes on behind the scenes of these mega events? What goes into planning these elaborate arrangements and putting in place stringent security measures?

One of the men behind ensuring that everything goes smoothly and that those attending have a trouble-free good time is Singapore’s Assistant Commissioner of Police Gregory Tan Siew Hin. 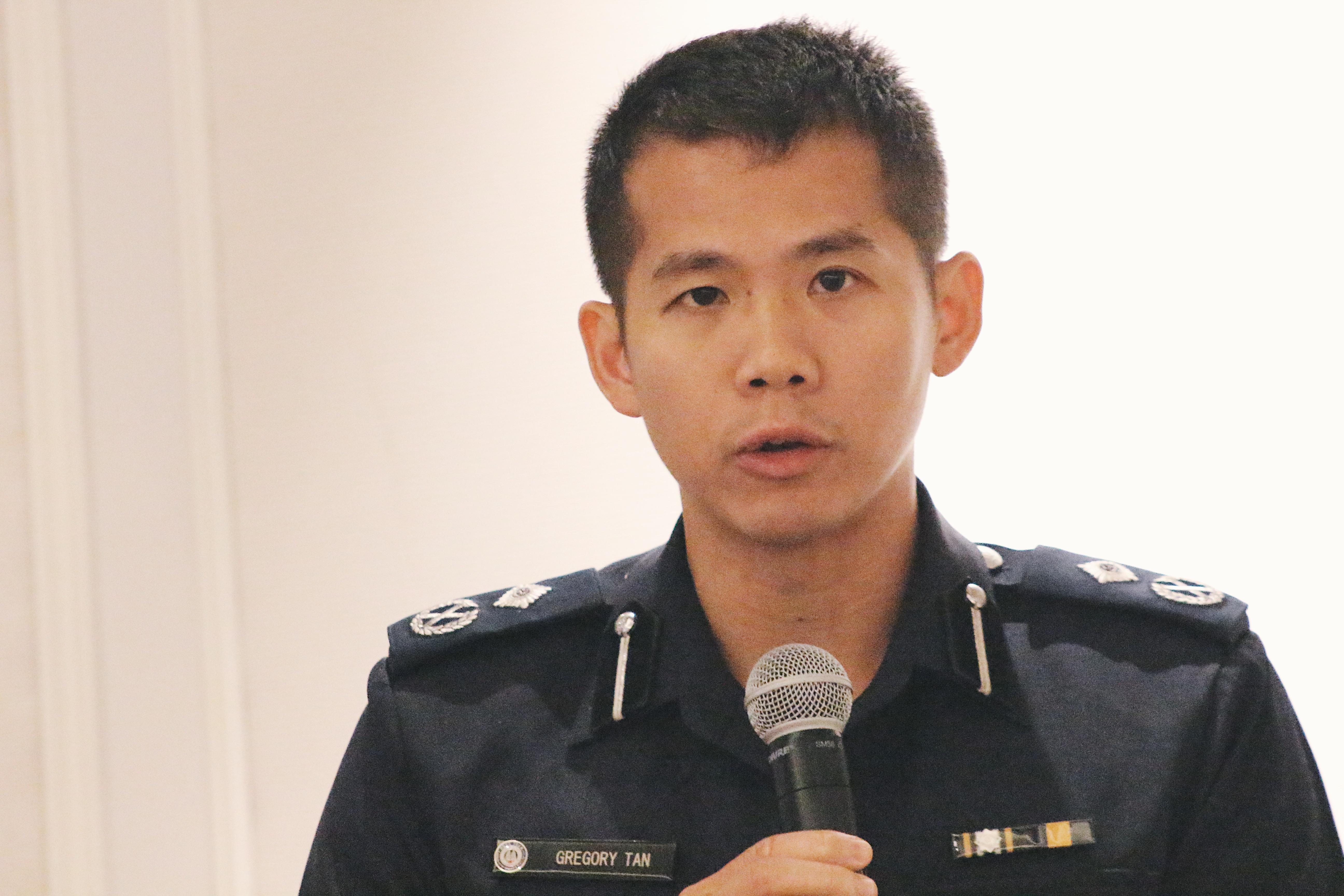 Commander of Central Police Division, Singapore Police Force, ACP Gregory spoke exclusively to Connected to India about the challenges faced at big scale events on this island nation famed for its attention to detail.

ACP Gregory joined the Singapore Police Force (SPF) in 2002 and has served 17 years with the SPF. He previously held several key appointments.

Events such as the New Year Countdown and the National Day Parade(NDP) take place every year and ACP Gregory is in-charge of the arrangements for these as well as a number of other events.

Event organisers are employed and detailed communication is held with stakeholders to ensure that the right plans are in place. “We understand their programs, the crowd that is coming,” ACP Gregory said. 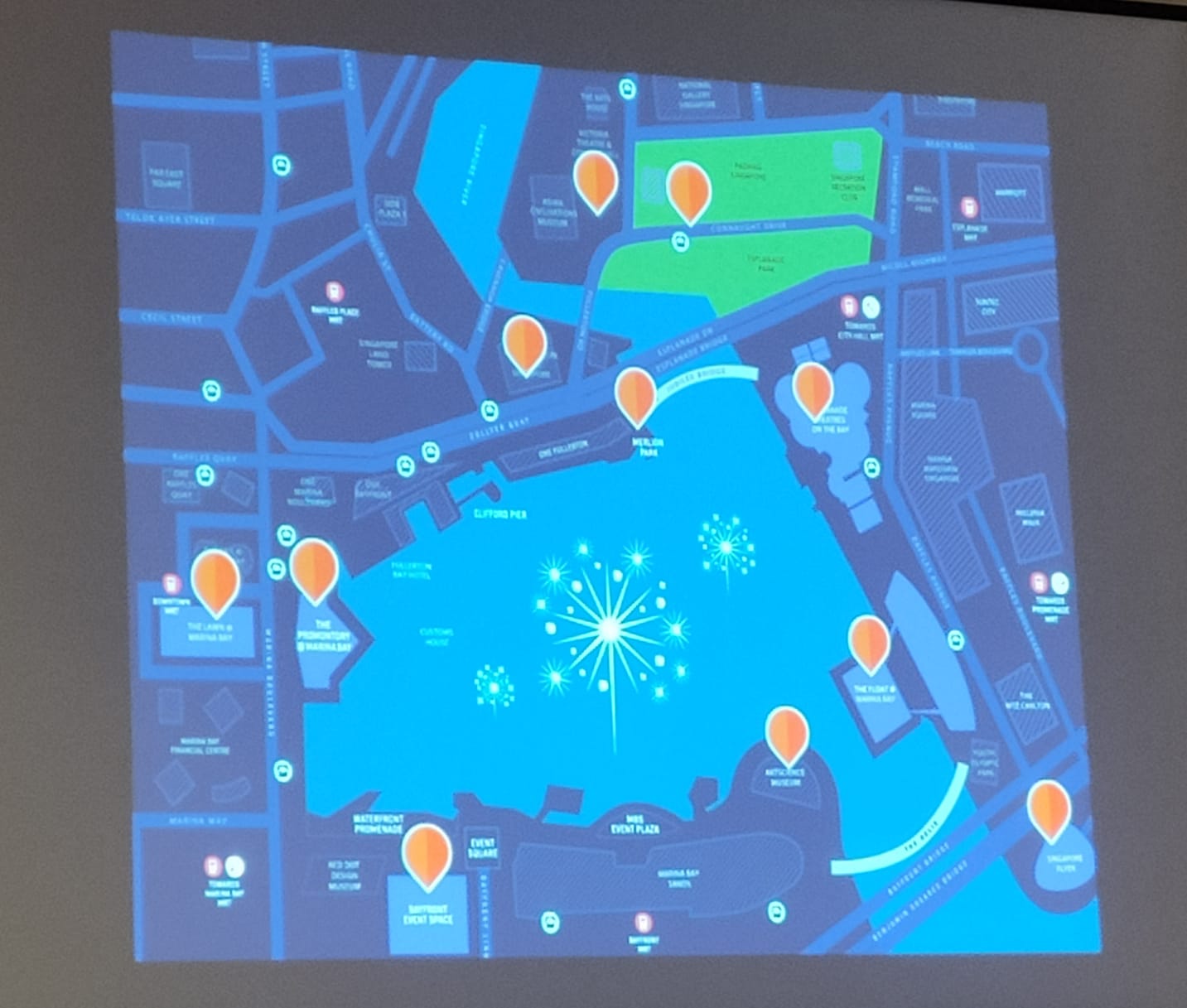 Events such as the MBSC 2020 are spread over a vast area in the city, the civic district and the Marina Bay and is attended by huge numbers of people of all ages. Photo Credit: URA

Other things that the stakeholders think will impact the program, such as the venue, the logistics and other details are also taken into consideration. “We work very closely with them (all stakeholders) so that it is executed properly, so that the members of the public can enjoy it,” he said.

When asked about the top three challenges faced when ensuring security and smooth flow at such events this is what he had to say, “Firstly, it would be any security threats as they would be unknown. Secondly, it would be the crowd behaviour as it is unpredictable. It is different every year. Every year is different. There is not really a third challenge, these are the two main challenges,” he noted.

“The National Day Parade (NDP), and the Marina Bay Sands Countdown (MBSC) are two events that stand out to us in terms of challenge. The NDP, since it is a national event, a live event and broadcast nationwide. As for the MBSC, just the sheer scale of it. Not just geographically, but the number of people that are there,” ACP Gregory shared with Connected to India.

Technology is also leveraged on and police, auxiliary police and security officers are deployed to ensure the safety and security of the public, and to manage crowds at various locations during all such events.

Strong partnerships with the community is ensured by keeping the public informed of traffic diversions, roadblocks and alternative routes during this period, with frequent updates on radio, through news channels, social media and notices pasted at relevant locations.

Party on! As Singapore police force lives up to its vision of making Singapore the safest place in the world.