Kilometres long lights on Serangoon road, the not so new but charming Indian Heritage Centre in Little India and the spruced up Campbell lane are a few of the things Indians in Singapore have experienced and enjoyed.

It is LISHA or Little India Shopkeepers and Heritage Association, the nimble and assiduous organisation, which has been leading this year after year. A complex task considering Little India is home to the most diverse commercial, religious, heritage and cultural organisations amongst all ethnic enclaves on this island nation. 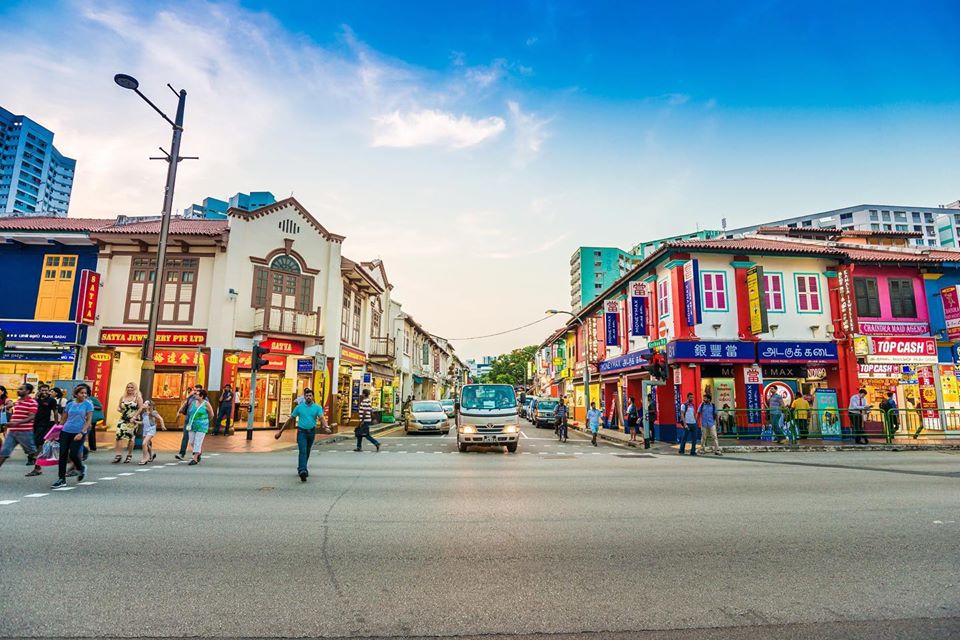 Little India cluster of vibrant shop house buildings, some of which like the Little India Arcade date back to the 1920’s, house shops, eateries and offices as well. Photo Courtesy: LISHA​​

Chandra, the owner of Jothi Store Flower Shop, has been part of the organisation right from its inception in 2000 - first as Honorary Secretary, then as Chairman. 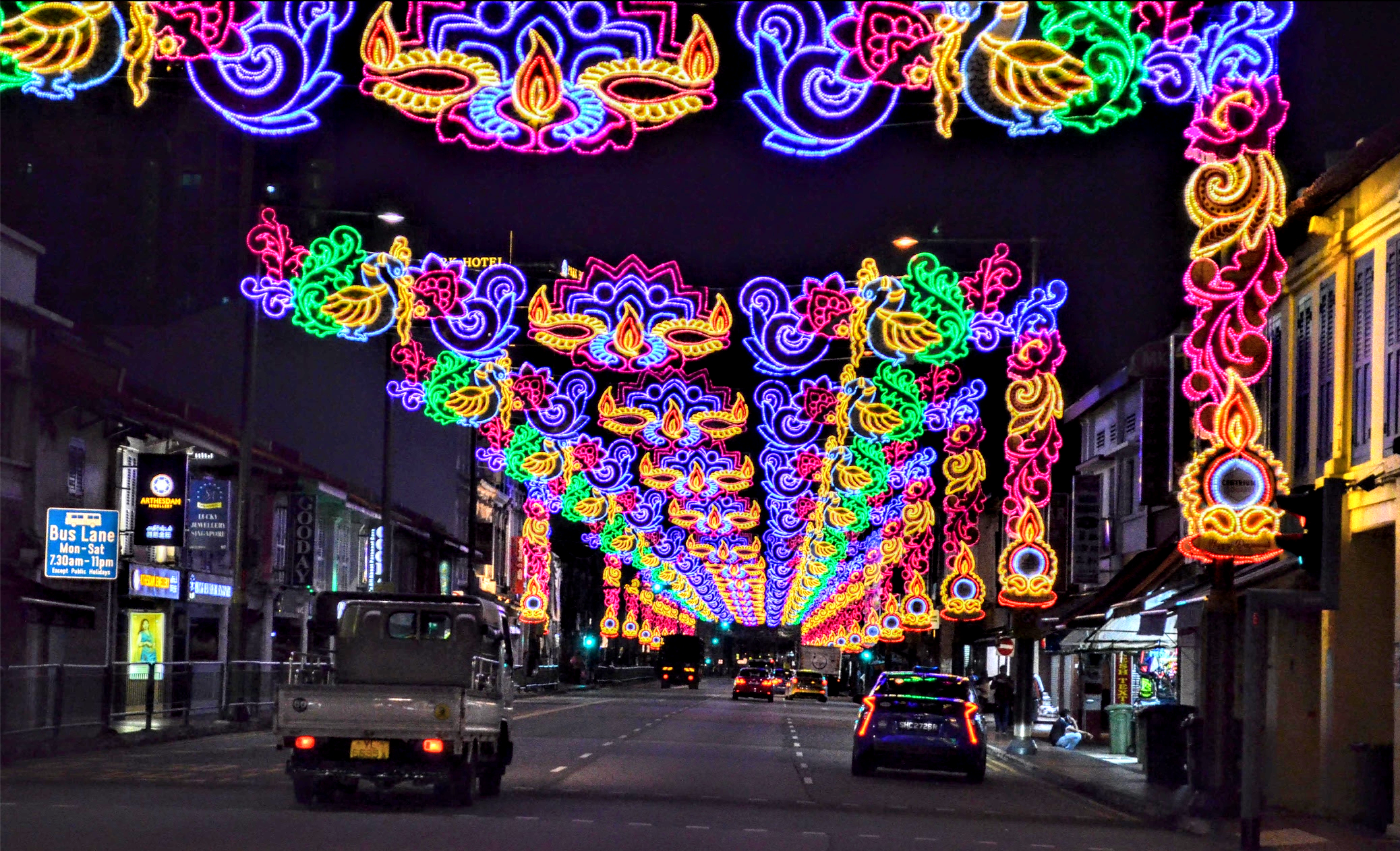 Little India’s commercial, religious, heritage and cultural organisations are diverse, making it as colourful as the Deepavali light-up it puts up each year. Photo: Connected to India

How LISHA was formed

Interestingly it was the unsuccessful revamp of Chinatown in the mid-90s by the Singapore Tourism Board (STB) that led to the formation of LISHA.

It was critiqued that the commercialisation and facelift of Chinatown had resulted in it losing its meaning, its vibrancy and its soul.

To avoid a repeat of this in Little India, STB approached the Little India merchants and organisations in order to have a counter-narrative and a balance between the pulls of heritage and enterprise. 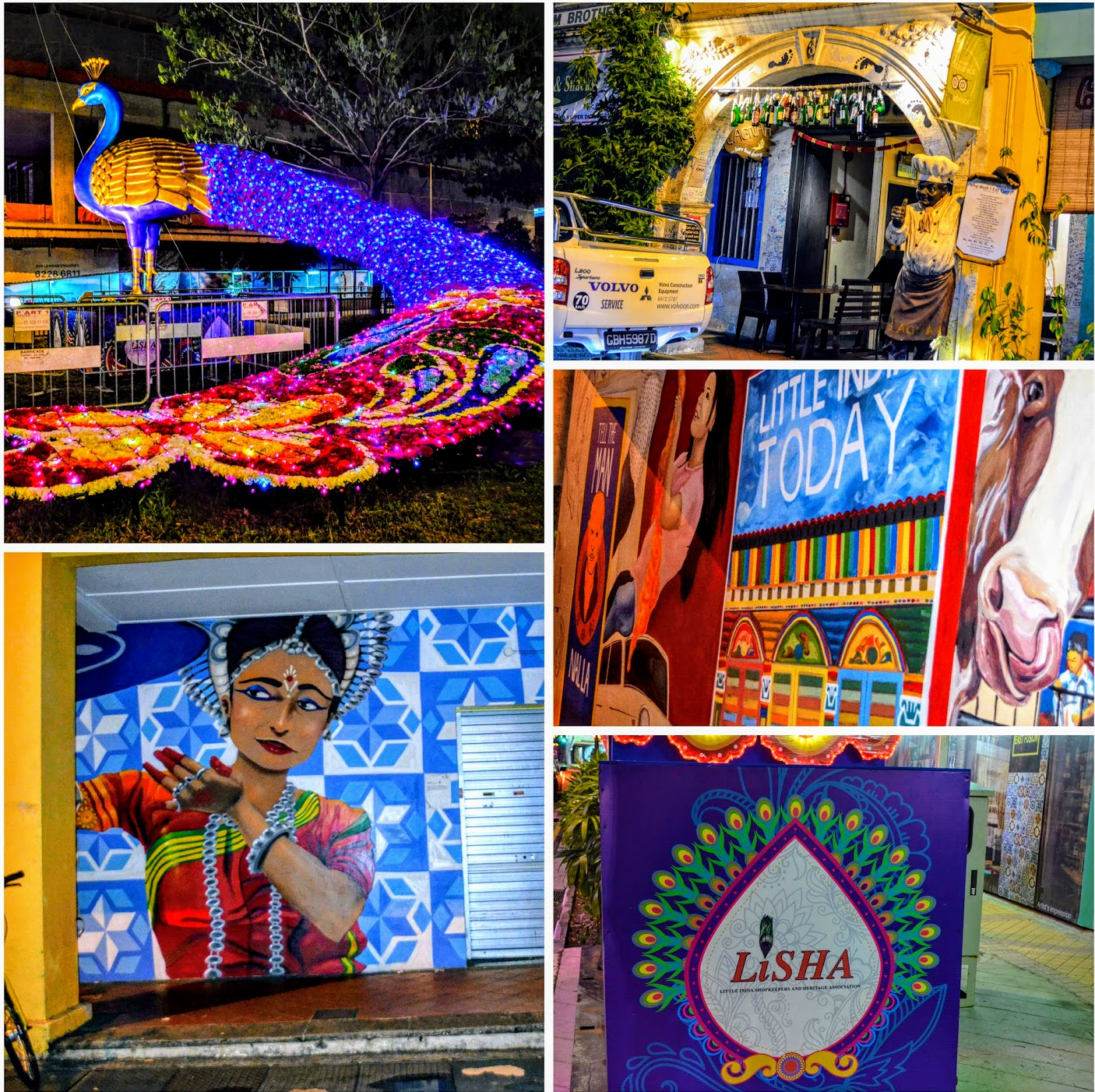 Today, Little India's Art Walk is a colourful amalgmation of all that the precinct represents and is a much photographed tourist attraction. Photo collage: Connected to India

The Hindu Endowment Board (HEB), Singapore Merchants Association and Little India Restaurant Association got together to brainstorm and  LISHA was born, with M Param (a board member of HEB) as Chairman and Chandra as Secretary. 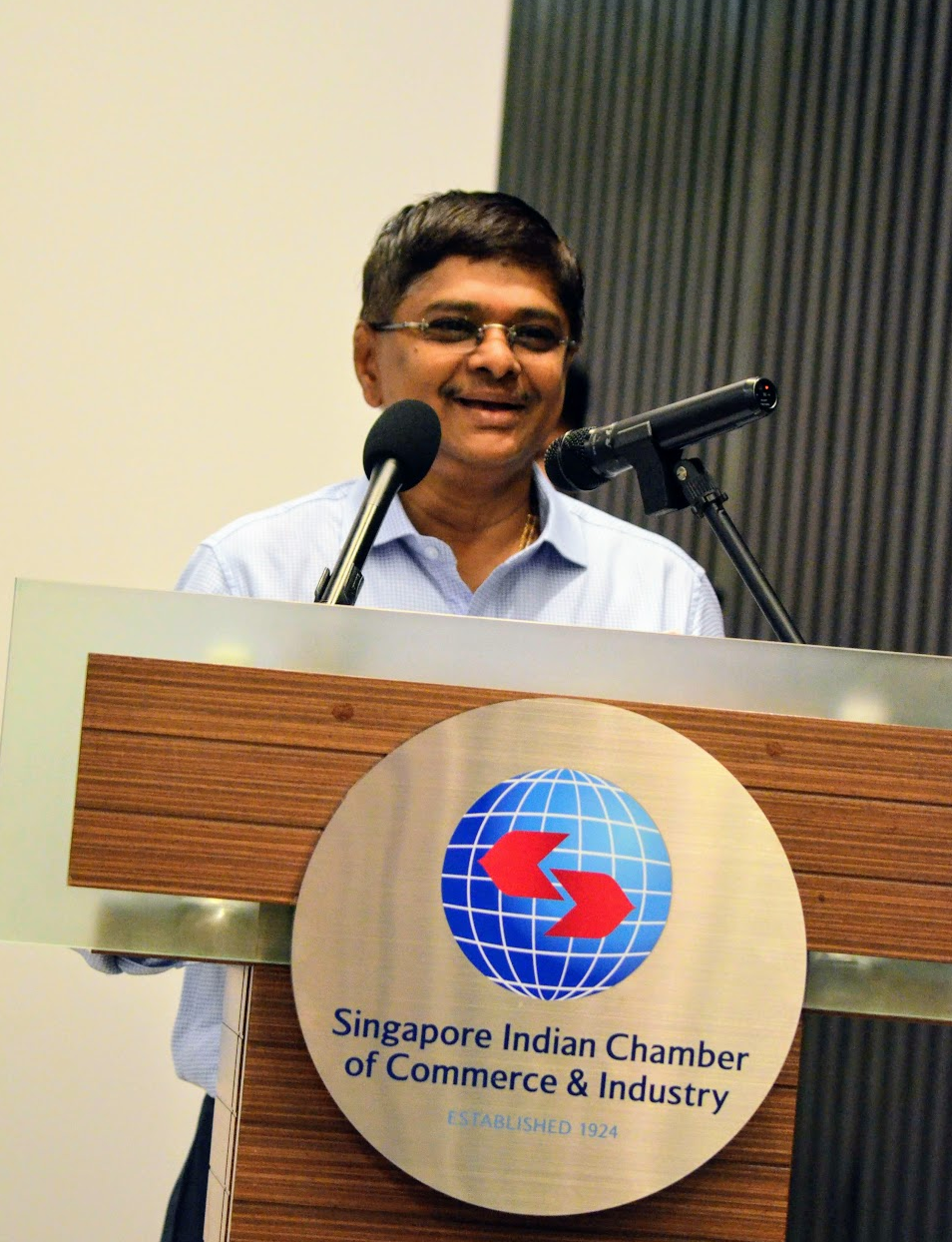 Soon after, Little India was gazetted as a conservation area by the National Heritage Board (NHB).

“In the year 2001, for the very first time, Campbell Lane (a busy lane in the precinct) was closed to traffic for Pongal Celebrations, only because of LISHA. We also took over Deepavali light-up from STB and LISHA pushed it, from a small budget of 100,000 to 1.2 million, with improvements every year,” recalls Chandra.

The decision was made to ensure the commercial growth of Little India but preserve the precinct’s heritage by retaining the native elements.

LISHA has been working with various government agencies towards the next initiative which revolves around the development of tourism in Little India.

Statistics gathered by LISHA have shown that both locals and foreigners alike enjoy the traditional spirit of Little India. They are keen to enjoy hands-on experiences, such as seeing how a 'dosa' is made, how to drape a sari or take a walking tour around the precinct, while lodging at the backpacker’s hostels in the area itself. 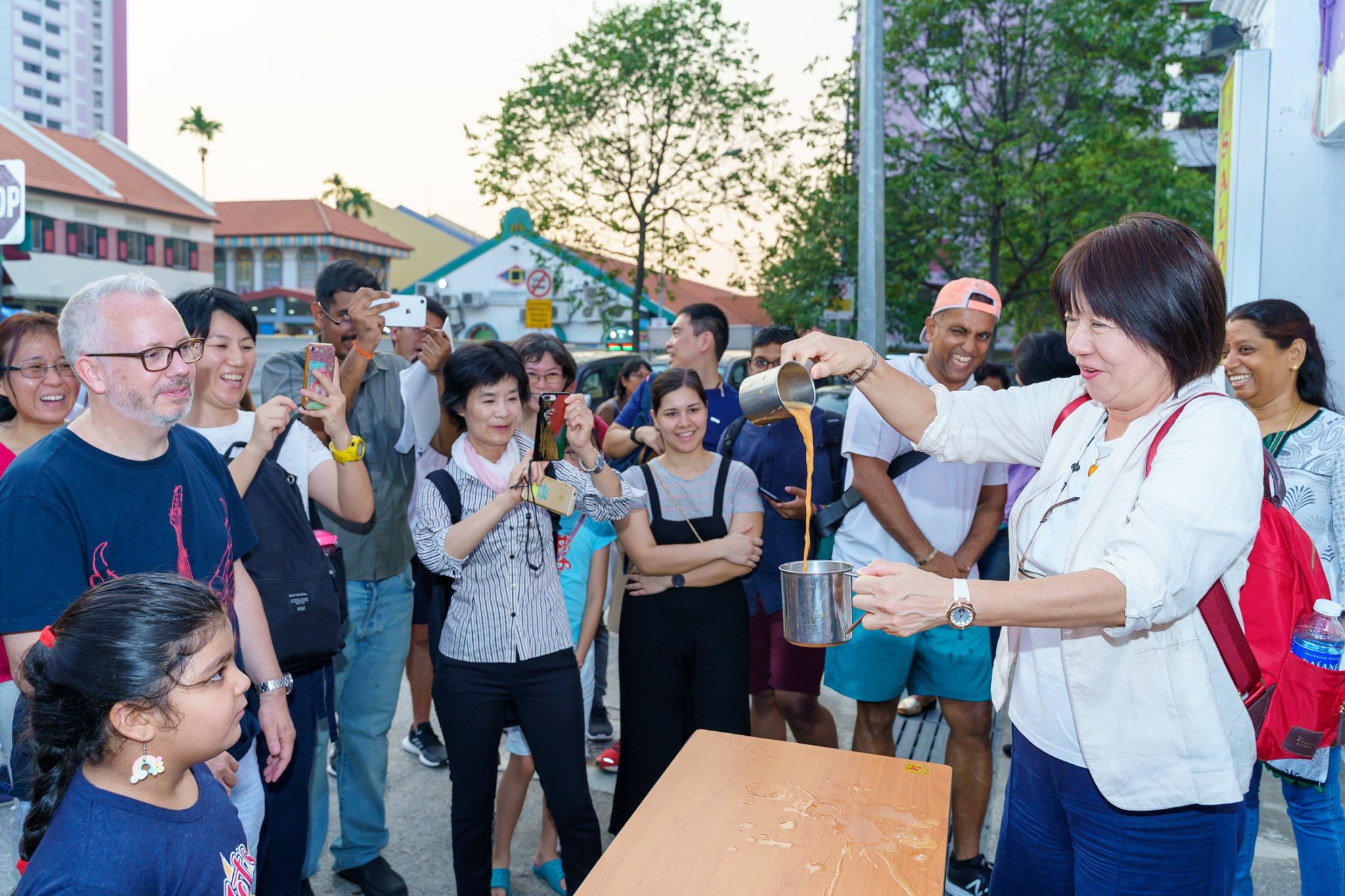 “My next challenge is bringing youth into Little India and integrating them. For the generations in their 40s to 60s, Little India is a meeting point. For Gen Z and millennials, it is not. We need to bring them in, to keep the essence of Little India thriving for the next few generations,” Chandra exhorts. 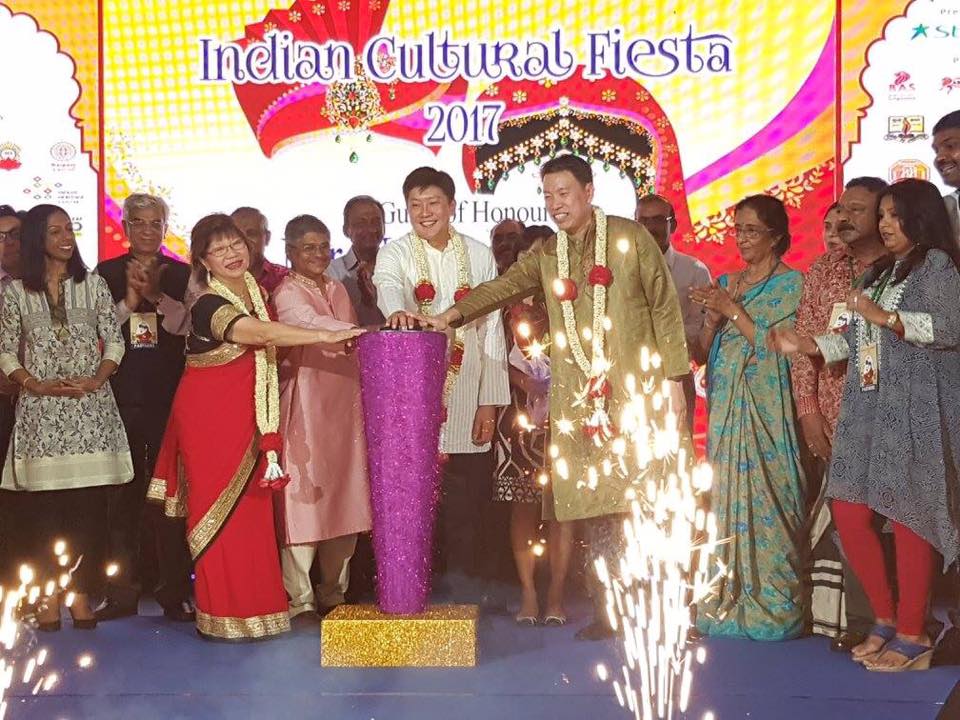 The annual Indian Cultural Fiesta has become a month long celebration with most Indian Associations in Singapore representing their food, culture, arts and traditions on various platforms around the Little India precinct. Photo Courtesy: LISHA

“Minister Mentor came, met everyone and gave a speech despite being unwell at the time. When he left, he gave a big thank you and said ‘I never expected this’,” recalls Chandra.

The Indian Cultural Fiesta has since become an annual month-long festival where many Indian associations in Singapore, who previously didn’t even know about each other’s existence, come together for a multicultural experience.

The development of Campbell Lane (completely closed to traffic now), was followed by the construction of the Indian Heritage Centre (IHC) in the space where earlier cows and calves used to be brought in to mimic an Indian village during LISHA’s Pongal celebrations. 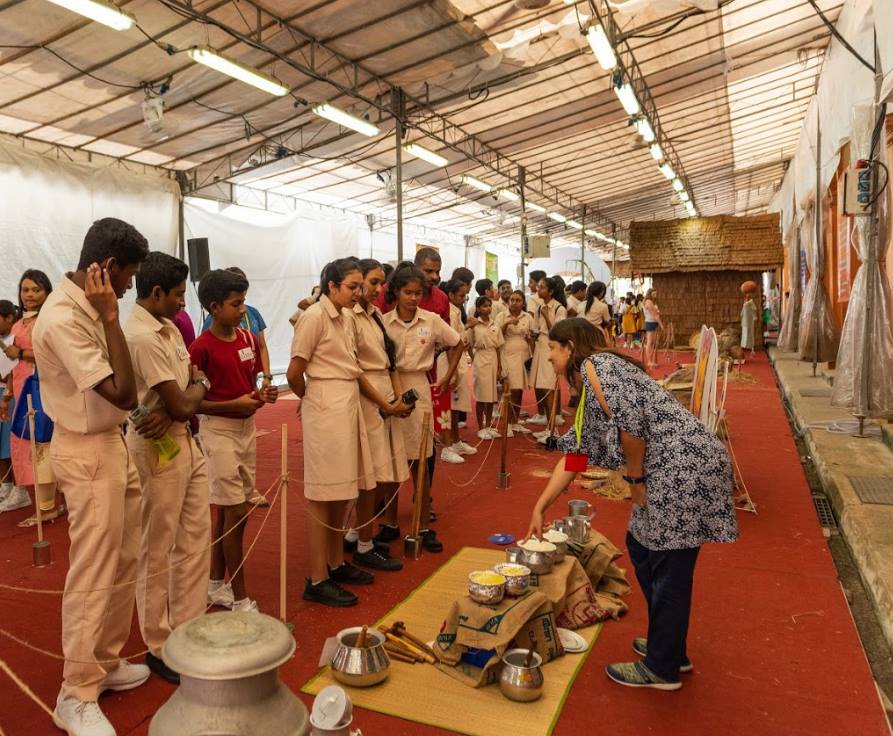 Campbell Lane, which is closed to traffic is the hub of all celebrations such as Pongal, Deepavali and Ganesh Chaturthi, attracts locals, tourists as well as school children who get to experience India's rich heritage through these festivities. Photo Courtesy: LISHA

“A lot of people thought Little India is too small a place for it. But I told them, the Heritage Centre should be there for younger generations to appreciate what our forefathers built for them. It’s not just for tourists, it is for the locals,” says Chandra.

What started as a 2-storeyed structure became a 5-storeyed building at more than quadruple the original budget.

“The budget of 12 million went up to almost 50 million. The Indian community raised 10 million dollars within 2 weeks. That’s how passionate they are about Little India. Every Indian belongs here,” Chandra says.

“I kept pushing this idea, so that is something I am always proud about. What did not get through was a two-storey basement. They ended up talking me out of that,” he adds regretfully.

Awards, laurels and a visit from PM Modi

As Chairman of LISHA, Chandra persevered in his efforts and succeeded in preserving the heritage of Little India so that the culture of Indians in Singapore would be preserved for generations to come.

It is for this that Chandra received two prestigious awards in 2016 - the Silver Kris Special Recognition Award by the Singapore Tourism Board and the Place Champion Award by the Urban Redevelopment Authority.

But perhaps one of the biggest highlights in Little India’s history was the visit of Indian Prime Minister Narendra Modi in 2015 when he dined at the iconic Komala Vilas with Singapore PM Lee Hsien Loong. 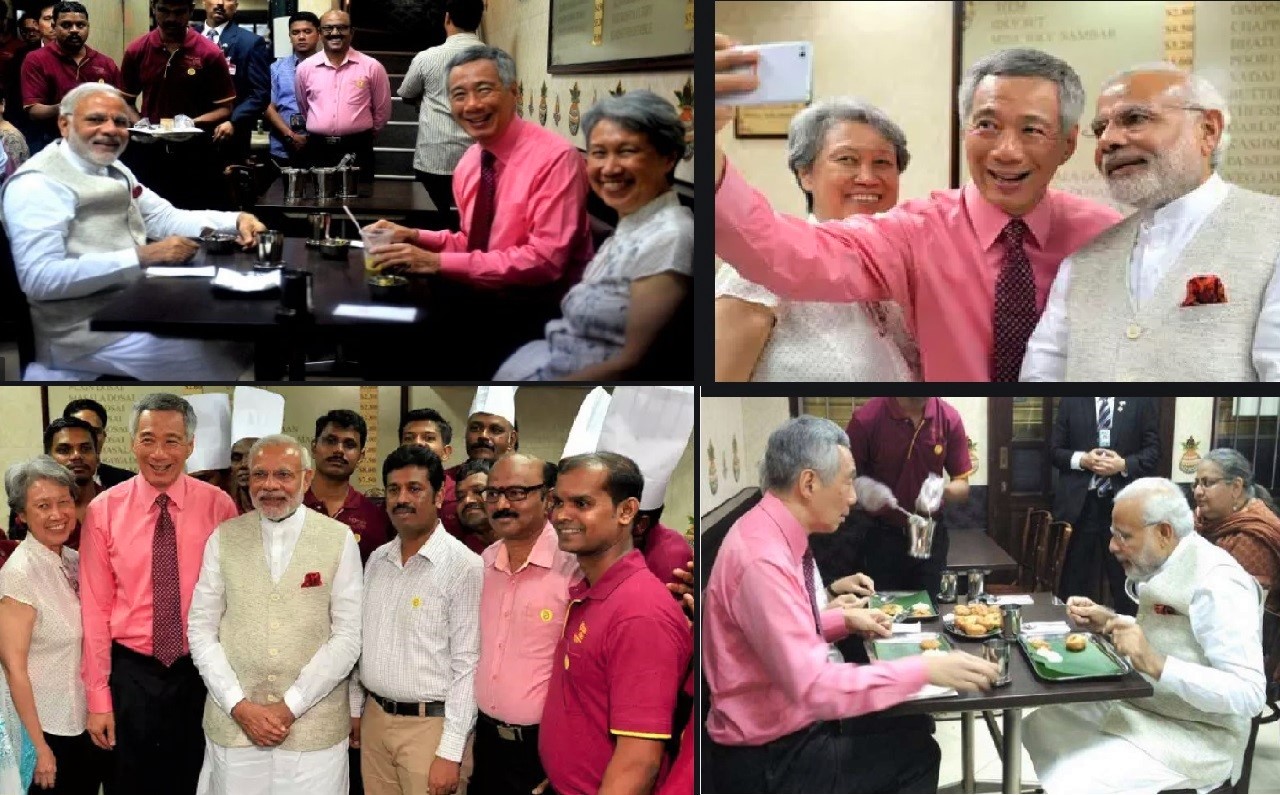 India was the second nation to recognise Singapore after its independence in 1965 and the visit marked 50 years of formal ties between Singapore and India.

“I thought that he should visit Little India to get a perspective on the Indians in Singapore. I spoke to STB that I am extending the Deepavali light-up, until the end of November (originally it was up to the first week of November). I spoke to the Indian High Commissioner and the Ministry of Foreign Affairs to help with his visit,” Chandra recalls.

About choosing Komala Vilas for PM Modi to dine at, Chandra says, “We wanted vegetarian food and a restaurant on the main road where the lighting was. Komalas was only alerted that morning.

It was a historic visit. I did not expect PM Lee Hsien Loong to be there either; I thought he would only take a ride along Little India. Very unexpected.”

PM Modi saw the Deepavali light-up and was amazed by Little India and glad to witness the vibrant Indian culture of Singapore. “The next day when I met him (Modi) separately, he put both his hands on my shoulder and said that it was very beautiful. It is amazing how much energy he has in him. I have never seen any other leader with that kind of stamina,” Chandra adds.

The food & beverage industry is a major focus area for LISHA where it believes it can grow and bring in people from all over the world. A widely travelled British High Commissioner once said that the best Indian food he had ever had was in Little India, Chandra recounts. 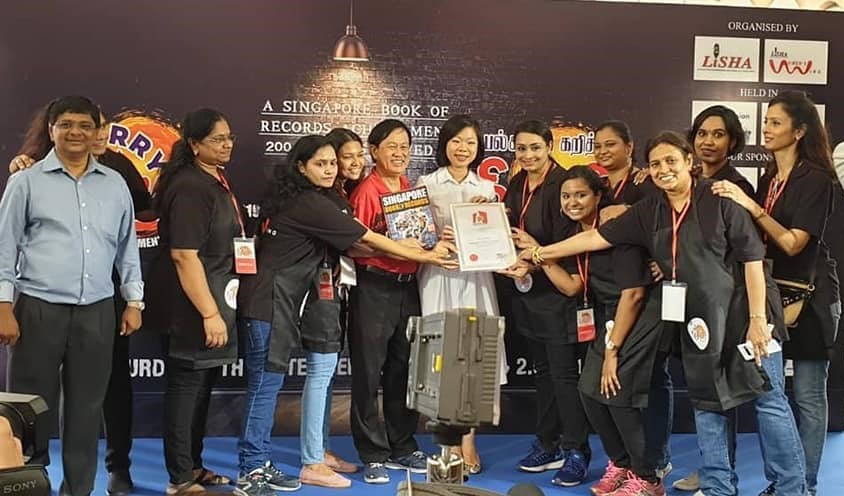 LISHA created a buzz by organising a Curry Fiesta, headed by its Ladies Wing, that got a place in the Singapore Book of Records. Photo Courtesy: LISHA

LISHA has also set up recreation centres near dormitories for workers where they can dine, play sports and entertain themselves.

Little India is a sensory experience that has retained the diversity that is India, in its trades, businesses, places of worship, festivals, activities and everyday residential living culture within the multi-ethnicity of Chinese, Malay, Indian and other in the melting pot that is Singapore. 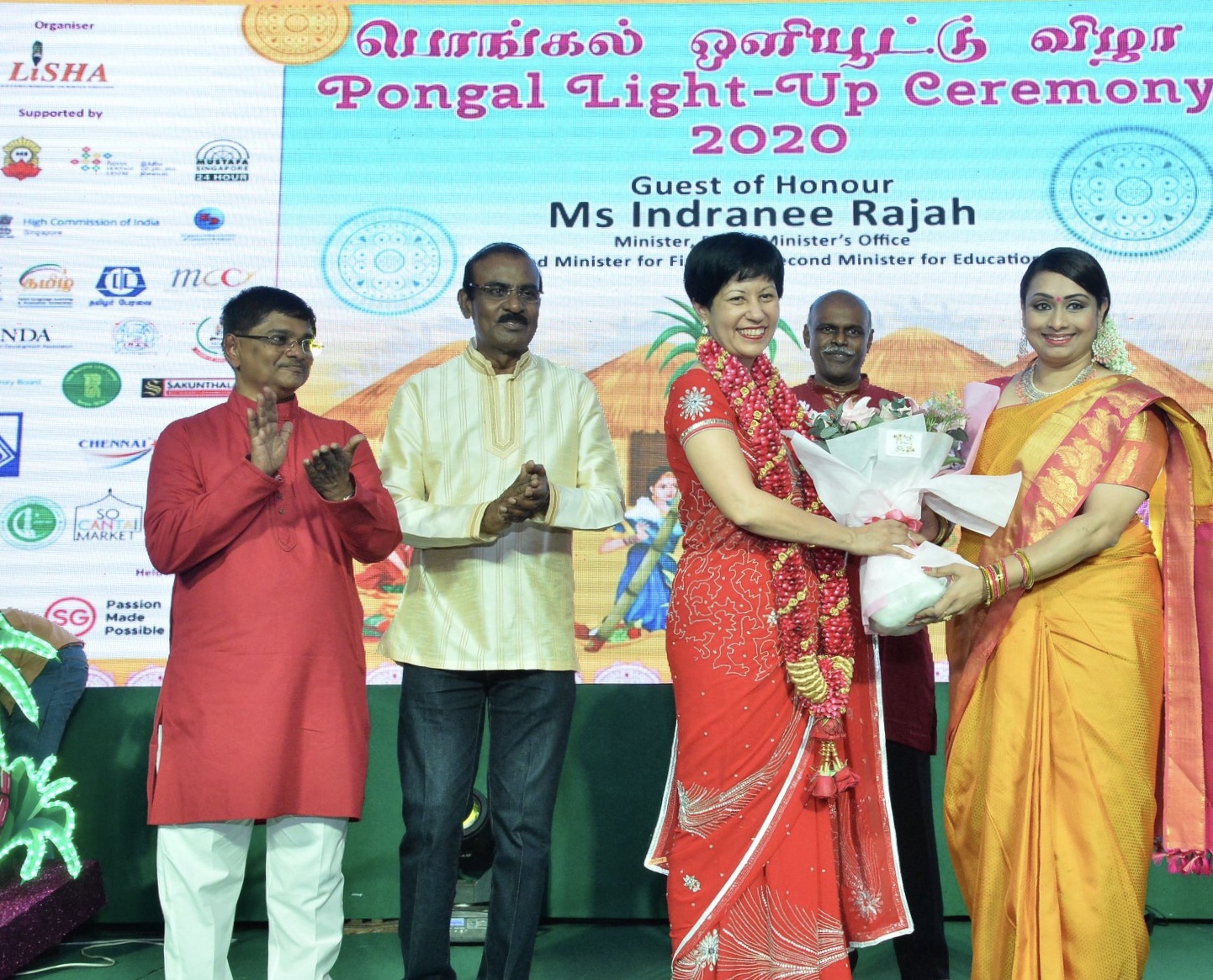 “LISHA takes responsibility to ensure that Little India keeps its essence and ethics. We will continue to make changes which do not affect the community’s needs. This is my vision,” says Chandra.​​​