Lipstick Under My Burkha is all set to hit the screens tomorrow but a section of Bollywood celebs attended a preview show of the film and gave early reviews on Twitter. 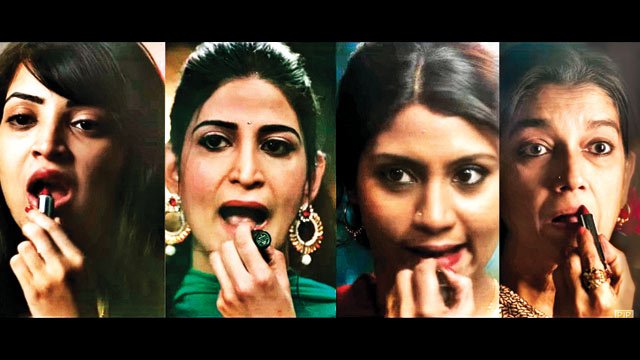 Shraddha Kapoor, Kalki Koechlin and Tisca Chopra approved of the film's content and described it as 'funny and necessary' as opposed to the Central Board Of Film Certification's (CBFC) initial remarks of 'lady oriented'. Shraddha tweeted, "So so so happy to see such an amazing film. Fearless, relevant, eye opening, liberating. Girl power all the way (sic)."

#LipstickUnderMyBurkha. So so so happy to see such an amazing film. Fearless, relevant, eye opening, liberating. Girl power all the way ❤️

In her tweet, Kalki meaningfully censored the word 'Burkha' from the film's title and wrote, "Lipstick under my ***** Go watch it! Beautiful performances, funny, dark and all too true (sic)."

Lipstick under my *****
Go watch it! Beautiful performances, funny, dark and all too true.@LipstickMovie #releasing21stJuly

Directed by Alankrita Shrivastava, Lipstick Under My Burkha, has been screened at several international film festivals.

It is the story of four women who explore their sexuality while battling a regressive society and mindset. Konkona Sen Sharma, Ratna Pathak Shah, Aahana Kumra and Plabita Borthakur are the four protagonists of the film with Sushant Singh and Vikrant Massey in supporting roles.

Also read: Ekta Kapoor got angry over ‘Lipstick Under My Burkha’

Lipstick Under My Burkha has been produced by Prakash Jha and distributed by Ekta Kapoor.