Singapore’s Minister for Foreign Affairs, Dr. Vivian Balakrishnan on Monday said that the newly formed Andhra Pradesh government should be given time to make its decision on the planned capital city Amaravati, which was developed by a Singapore-based consortium. 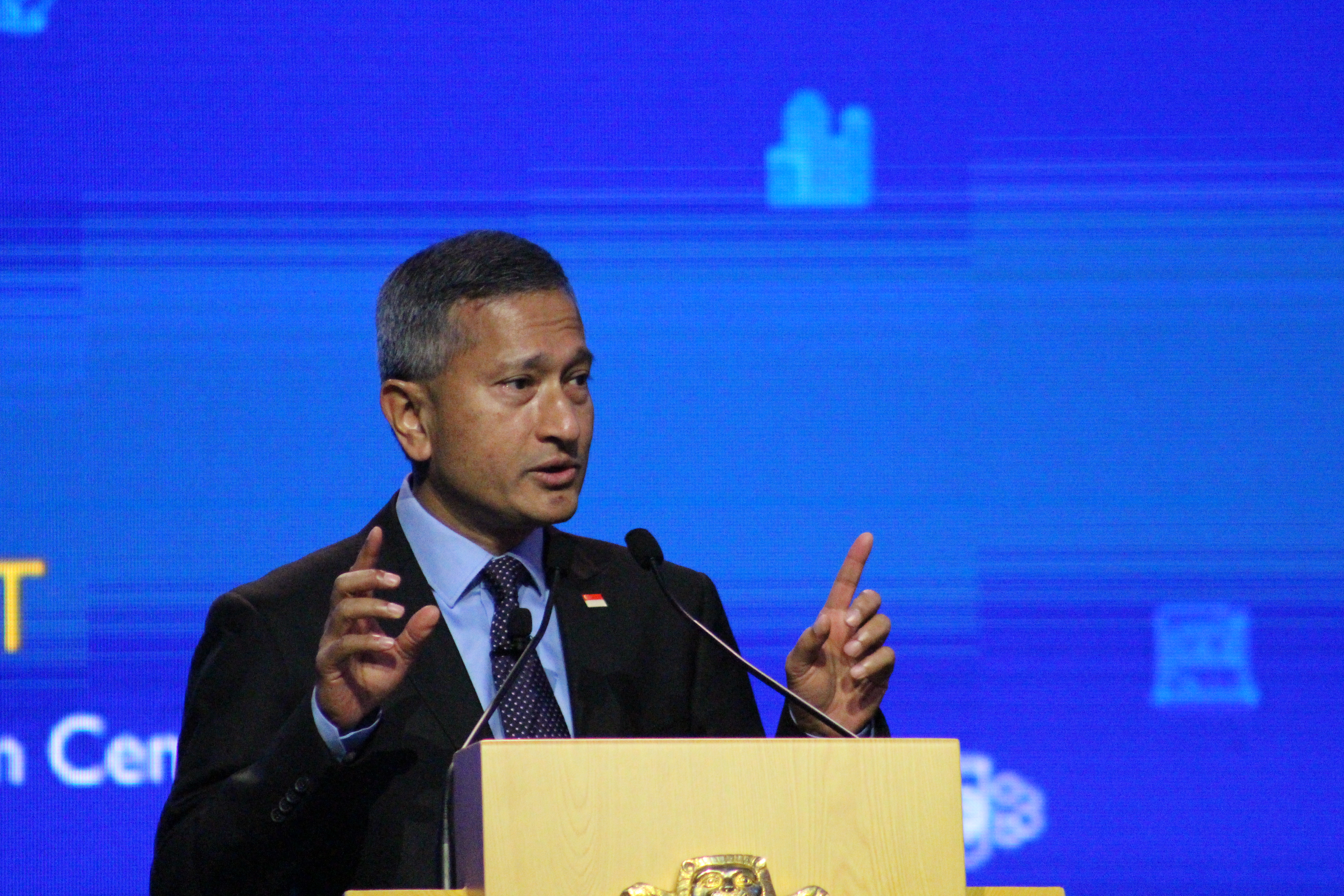 Dr. Vivian Balakrishnan Minister of Foreign Affairs, Singapore at the India Singapore: The Next Phase Summit held in Singapore on 9-10 Sep 2019Photo:Connected to India

At the question-answer round of the India-Singapore: The Next Phase of Strategic Partnership session, Professor Koh posed the query, “Is Amravati sick, very sick or dying?” While Jaishankar side-stepped the question, saying it was a decision for the state rather than the federal government, Balakrishnan said that the Andhra government, which has just completed 100 days in office, should be given time to review the master plan for Amravati.

Vivian Balakrishnan, Tommy Koh and S Jaishankar at the India Singapore: The Next Phase summit held at Marina Bay Sands Expo and Convention centre on 9 Sep 2019 Photo:Connected to India

​​Amravati is a bilateral project between India and Singapore to build a new capital city in Andhra Pradesh (AP), after the state lost its erstwhile capital Hyderabad to Telangana during the 2014 state bifurcation.  The AP government, then ruled by the Telugu Desam Party, had sought Singapore's help in 2014 to plan the new capital city - a brainchild of its then Chief Minister Chandrababu Naidu.

A masterplan was formed to use sustainable and green elements in which Singapore companies have considerable experience and a Memorandum of Understanding (MoU) was signed between the Singapore government and the state government of AP, focussing on training and capacity development.The MoU was endorsed by the Union government. A consortium with Ascendas-Singbridge (now part of CapitaLand Group) and Sembcorp Development was awarded a joint venture opportunity to develop the city.

However, five years down the line and with a new government coming into power on May 30, 2019, after Naidu's election defeat by Jaganmohan Reddy, the project has ground to a halt with Amaravati city yet to be formally notified.

“All governments are perfectly entitled to review their plans.The Singapore consortium of companies have informed me that they will wait for the new government’s decisions,” said Balakrishnan. “The consortium will thereafter need to evaluate the impact of the new review and regulations, if any by the new government of Andhra Pradesh.”

Balakrishnan also clarified that, “No government grants or subsidies from Singapore were deployed for this project. This is a private sector commercial decision”. On the delay in the completion of the project he said that when private companies from Singapore or anywhere take a business or investment decision “there is always a political and regulatory risk to take into account as part and parcel of business”.

"I would also submit that the government needs to consider the signal they send to investors. In case of Singapore, we remained a highly competitive economy because we have provided for the long term, a stable and predictable environment for investors both local and foreign. This lowers the cost of doing business and encourages investors. So, I would ask everyone to give time to the new government in Andhra Pradesh to sort out its priorities, then allow the private sector to make its own decisions, rationally, on commercial grounds,” concluded Balakrishnan.