International Day of Yoga a big hit in Singapore

More than 8,000 registered participants observed the third International Day of Yoga at 70 locations across Singapore on June 19, 2017. There were over 85 yoga sessions held that morning, with the help of local volunteer groups.

These yoga enthusiasts were joined by Singaporean leaders, envoys of Cambodia and Israel.

Minister of Parliament Gan Thiam Poh, who is the Guest of Honour, noted the benefits of doing yoga, and said, "Yoga is a very good sport and is popular among Singaporeans all age groups."

The United Nations International Day of Yoga is held on June 21 every year, but it was celebrated on June 19 in Singapore this year.

Addressing the crowd at an event hosted by the High Commission of India at the National Stadium, the High Commissioner said that with 8,000 registered participants taking part in yoga in 70 locations around the island, "that must be the highest density of yoga venues anywhere in the world" with one venue per 10 square kilometers.

At the event, Gan and Ashraf also launched journalist Kavita Chandran's book 'The Head That Won't Stand: A Woman's Journey of Letting Go With Yoga."

According to the Indian High Commission in Singapore, Home Affairs and Law Minister K Shanmugam also attended the yoga event at his constituency of Nee Soon that morning.

Take a peek at what went down at the Queenstown campus of Global Indian International School (GIIS):

Here are some moments captured from various yoga sessions across the island. 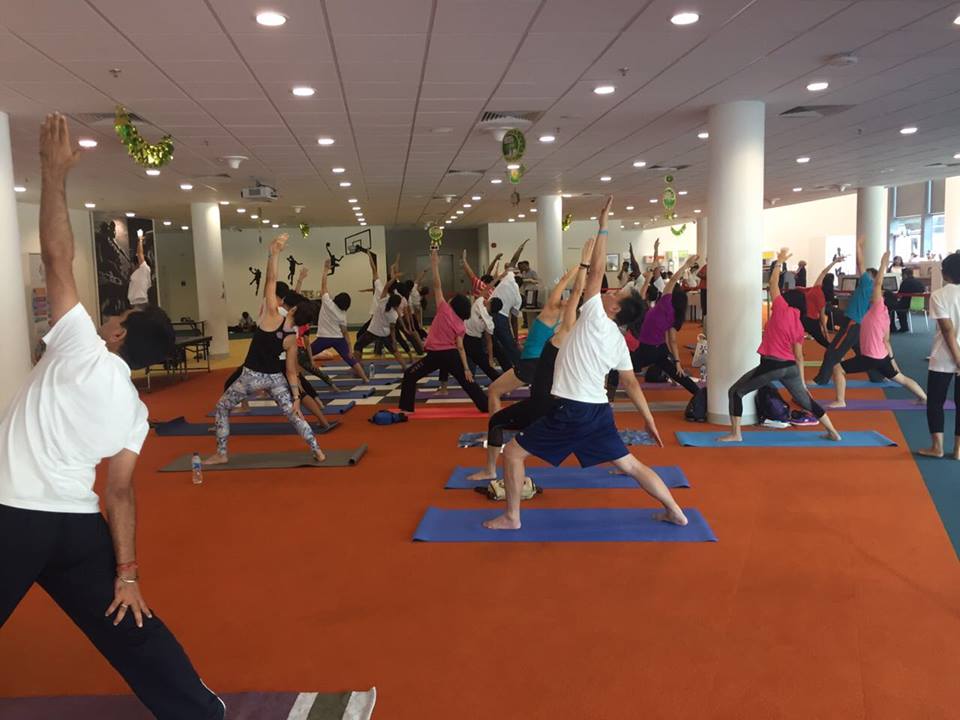 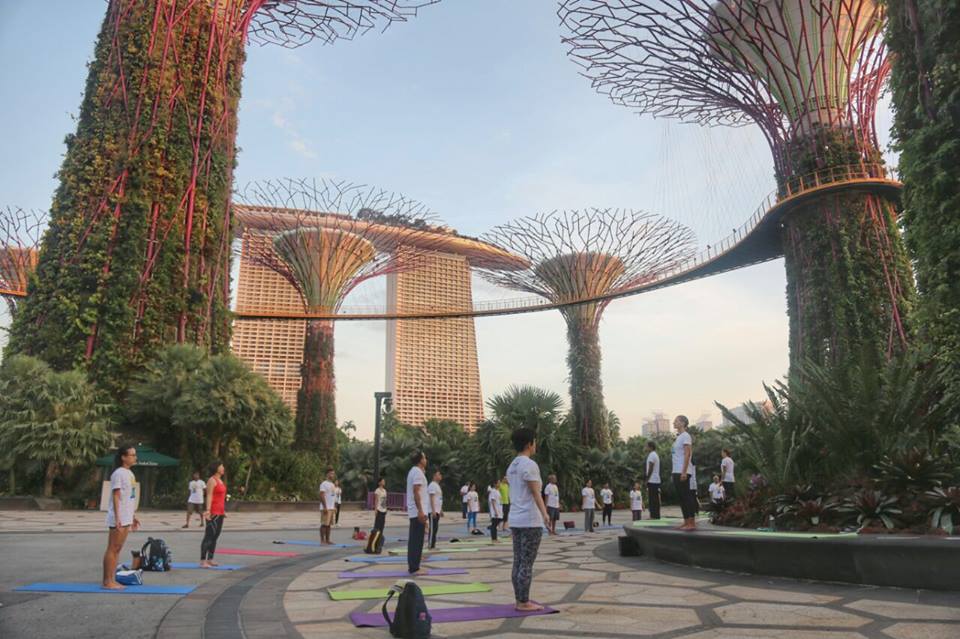 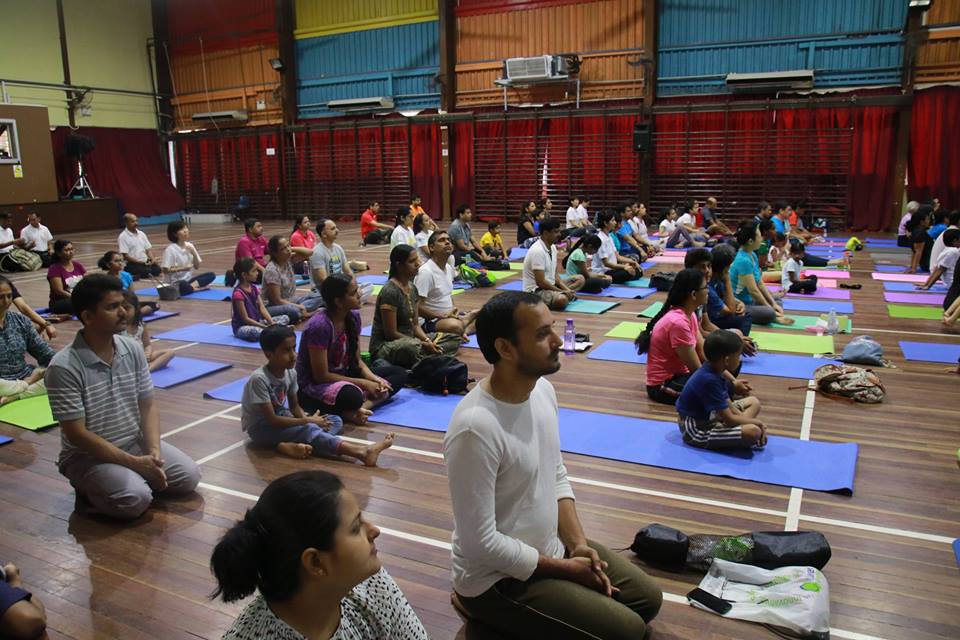 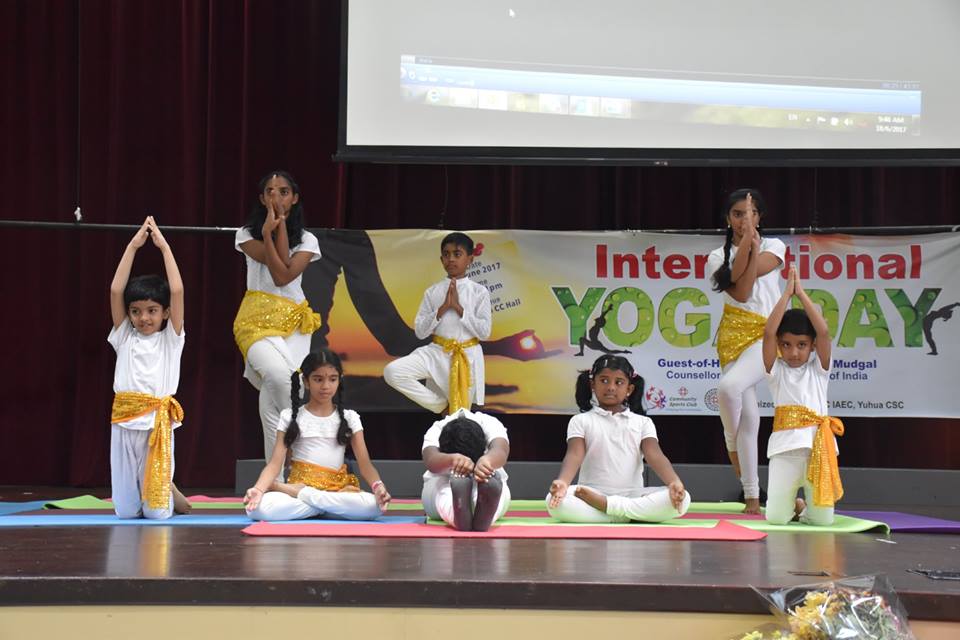 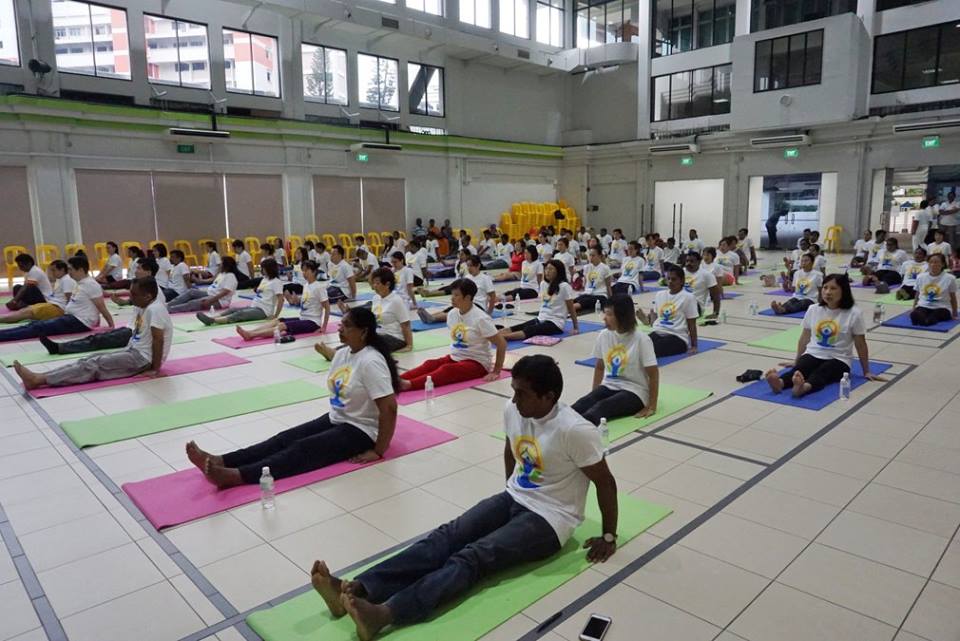 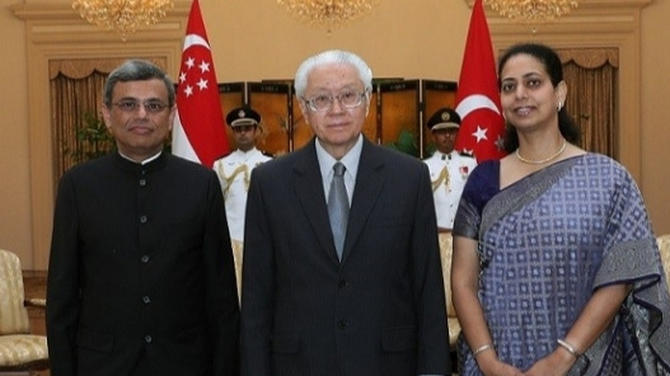