In a response to the remark made by Chinese envoy in Sri Lanka on India over the arrival of controversial vessel, the Yuan Wang 5, to the island's southern port, New Delhi stated that the Chinese Ambassador "violated basic diplomatic etiquette". 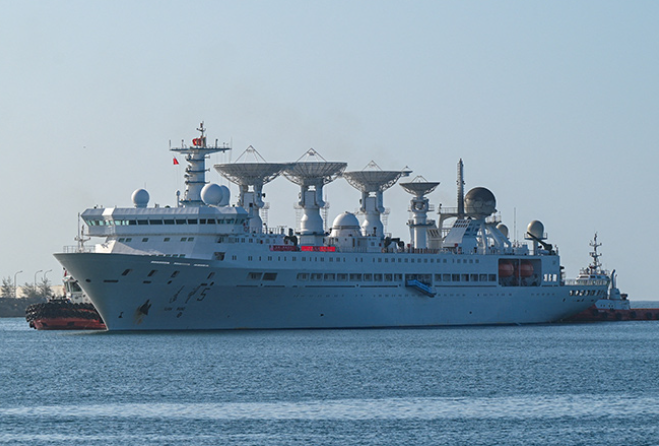 In a strongly worded tweet, Indian High Commission in Sri Lanka said, "We have noted the remarks of the Chinese Ambassador. His violation of basic diplomatic etiquette may be a personal trait or reflecting a larger national attitude."

Without directly referring to India, the Chinese envoy in Colombo Qi Zhenhong stated that "external obstruction based on so-called security concerns but without any evidence from certain forces is de facto a thorough interference into Sri Lanka's sovereignty and independence."

Qi Zhenhong was referring to the arrival of the high-tech ballistic missile and satellite tracking ship, which was originally scheduled to arrive at the Chinese run Hambantota Port on August 11 but was delayed when Sri Lanka requested to defer the arrival following security concern raised by India.

"His view of #SriLanka's northern neighbour may be coloured by how his own country behaves. #India, we assure him, is very different. His imputing a geopolitical context to the visit of a purported scientific research vessel is a giveaway," in a tweet, Indian High Commission hit out at the comment made by the representative of Beijing.

In an article, the Chinese Ambassador had stated, "Looking back at the great history of the island, Sri Lanka who overcome aggression from its northern neighbour for 17 times, colonisation by the west for 450 years, and an anti-terrorism war for nearly three decades, is now still standing in the world bravely and proudly. Any infringement on the national sovereignty, independence and territorial integrity of Sri Lanka shall not be tolerated."

Following China's repeated meetings with Colombo, Sri Lanka allowed the ship to enter Hambantota and stay from August 16 to 22 but on conditions that it would keep the Automatic Identification System (AIS) switched on within the Exclusive Economic Zone (EEZ) of Sri Lanka and no scientific research be conducted in Sri Lankan waters.